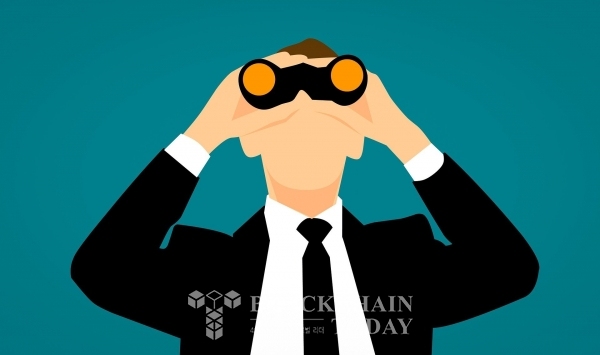 [Blockchain Today Correspondent Han Ji-hye] As the bear market continues as the support line of Bitcoin (BTC) and most major altcoins has collapsed and the selling force has gained strength, Cointelegraph, a cryptocurrency media, should pay attention in the second week of January. Five currencies were selected.

For the selected cryptocurrencies, the Crypto Fear & Greed Index showed 10/100 on the 8th (local time), recording one of the lowest figures ever recorded. was reported to have

On the 8th, the price showed a decline between buying and selling, forming a Dogecoin candlestick pattern. Both moving averages are sloping down and the Relative Strength Index (RSI) has reached near the oversold zone, indicating that the minimum resistance is below. If the selling force pulls the price below $39,600, it may strengthen further and move towards the next support of $28,805.

On the other hand, if the price rises, there appears to be room to move up to the 20-day exponential moving average of $45,876.

The 4-hour chart shows the selling momentum temporarily increased and closed below $45,456, with the buyers attempting to contain the decline at $45,501 but the recovery attempt could face a strong sell near the 20-EMA. There is a possibility.

If the price declines from the 20-EMA, it is speculated that the selling forces will try to push the price below $39,600 and extend the downtrend. If it closes above the 20-EMA, the price could push up towards the 50-SMA. If buyers push the price above this resistance, the sell-off could lose its dominance, Cointelegraph analyzed.

Chainlink (LINK) has traded in a large range between $15 and $35.33 over the past few months. Buying forces pushed the price above the moving average and the RSI rises near the overbought zone, indicating that buyers have an edge in the near term.

Sellers have been trying to bring the price down to around $27.61 over the past few days, but buyers have not allowed the price to drop below the 20-EMA ($23.23). This indicates that the sentiment has shifted from sell to buy in the rally.

If the buying forces hold the price above $27.61, Chainlink could push up to $30 and then the overhead resistance of $35.33. This bullish outlook is negated if the price declines from its current level and falls below the moving average. In this case, it can go down to $18.

The 4-hour chart shows that the price has crossed the $27.61 indirect resistance level and the bearers are likely to resist strongly to stop the uptrend at the $30 level.

Conversely, if the price declines from its current level, a break above $27.61 may be a seller’s trap, after which sellers will attempt to lower the price below the 50-SMA. The price in this case could be $22.

Internet Computers (ICP) has closed above the downtrend line over the past few days, giving the first signs that the downtrend may end.

Sellers aggressively tried to bring the price back below the 20-EMA ($29) but failed and the sellers pushed the price back above the downtrend line on the 8th, with the moving average on the verge of a bullish crossover and the RSI rising into positive territory. It shows that the buying power is dominant.

Contrary to this assumption, if the price declines from its current level and falls below the 20-EMA, breaking the downtrend line may act as a trap for buyers.

The 4-hour chart shows that the buying forces pushed the price above $33.29, but are struggling to break through the $38.02 barrier.

This indicates that the sellers are strongly resisting around this area, and the uptrend is expected to be prolonged only when the buyers raise the price above $38.02.

Conversely, if the price declines from overhead resistance, the selling force will try to pull it down below $33.29, which could lead the price down to the 50-SMA.

Bitfinex’s utility token, LEO, has been showing a gradual upward trend over the past few weeks, with the 50-SMA ($3.55) serving as a strong support.

Sellers tried to lower the price below the 50-SMA on the 7th, but could not defeat the buyers. This led to a strong rebound on the 8th, with the Leo rising again above the 20-EMA ($3.69).

Buyers will now try to break through the all-time high of $3.92, and if successful, the uptrend could continue and the price could reach $4.25. However, if the price declines and falls below the 50-SMA, this outlook is void and the price may begin a correction at $3.40.

The selling force of Leo, showing an upward channel pattern, showed strong resistance near $3.85. This would have encouraged short-term investors to attract profits. The move brought the price down to the support level of this channel pattern and was stopped by the buying pressure.

Buyers are again attempting to hold the price above $3.85, and if they can do so, there is room for the channel’s resistance.

Harmony (ONE) has traded between the 20-EMA ($0.27) and $0.33 in the past few days. This suggests that the buying power in a down market and the selling power in an up market are competing for dominance.

The bullish 20-EMA and the bullish RSI form a favorable market for buyers. The uptrend may resume once the buying pressure pushes the price above $0.33, with Harmony continuing its uptrend towards $0.38.

The 4-hour chart is moving higher within a bullish channel pattern. Although the buying force raised the price above the channel, it seems that it could not go any higher due to strong resistance from the selling force. Although the price fell back into the channel, the fact that it rebounded from the 50-SMA can be interpreted positively.

If the price breaks through the 20-EMA, it can move up to the channel resistance again, and a break above this level could restore momentum.

Conversely, a fall below the 50-SMA could pull the price down to the support level of the channel.

AMA with Wanderlust at Asia Blockchain Community on 29 January 2022