In the era of large-scale water release, a huge amount of low-cost funds borrowed from encrypted assets to complete interest rate arbitrage, and CeFi lending began to enter a fierce competition.

Since the beginning of the year, a sudden epidemic has swept the world. The world economy is slowly recovering after falling into recession during the “Great Blockade” in April. But as the epidemic continues to spread, many countries have slowed down the process of economic restart, and some countries have again implemented partial blockade measures to protect vulnerable groups. The World Bank predicted in the “Global Economic Outlook” report released in June this year that the global economy will decline by 5.2% in 2020, which is “the worst economic recession since World War II.”

In response to the global spread of the epidemic and the collapse of the capital market, central banks of various countries have adopted an unprecedented policy of “release water”. On March 15, the Federal Reserve announced that it would reduce interest rates to zero and launched a large-scale quantitative easing program of US$700 billion. The total assets of the Fed expanded rapidly from US$4.16 trillion at the end of February to US$7.17 trillion at its peak on June 10. As of October 28, the Fed’s total assets still exceeded $7 trillion.

According to Morgan Stanley’s analysis, the total assets of central banks in G4 countries will reach US$25 trillion by the end of 2020. It is estimated that by the end of 2022, this figure will further rise to 29.30 trillion US dollars.

The other side of the big release is the sharp drop in interest rates. According to the IDEG data engine, the interest rates of major developed countries have fallen below or approached zero, and the Swiss National Bank’s interest rate has even reached an incredible -0.75%.

With the BRICS as a representative, interest rates in developing countries have also continued to fall.

British Prime Minister Churchill once said: “Never waste a crisis.” In the era of the new crown epidemic superimposed on the flood, some Smart Money uses digital assets to find an interest rate market with greater opportunities.

We say that 2020 is the first year of institutions for digital asset investment in the “true sense”. This is not only reflected in the total assets of Grayscale trust products exceeding 10 billion US dollars, but also reflected in the rapid development of the digital asset lending market. The ultra-high returns of DeFi lending projects are so eye-catching that the development of the CeFi market is ignored by most people.

A big player in the CeFi lending market

Genesis Trading is a subsidiary of DCG Group, integrating OTC, derivatives, lending, custody and other businesses in one. The predecessor of Genesis was the trading department of SecondMarket. DCG founder Barry Silbert founded the private equity trading platform SecondMarket in 2004 to provide a trading platform for the equity held by employees of unlisted companies and early investors. Since then, it has grown rapidly with the development of Facebook and other Silicon Valley technology companies. Its equity business It was acquired by Nasdaq in 2015. In the previous few years, Barry Silbert has developed a strong interest in Bitcoin. In 2012, he took out 175,000 US dollars of personal funds to buy bitcoins at a price of 10 US dollars, and when the price reached 50 US dollars The massive sale and huge profits made Barry Silbert decide to take more action on the market. Barry Silbert directly promoted SecondMarket to establish the prototype divisions of Grayscale and Genesis Trading, and retained the above businesses when SecondMarket was acquired. In 2015, Barry Silbert integrated these two major sectors with his personal investment business to form DCG, officially opening his own “Whale” road in the cryptocurrency industry.

READ  The Great Reset and accredited investors: Bad crypto news of the week

In addition, Genesis successively acquired Qu Capital and Vo1t in order to broaden the business pipeline of lending, trading, and custody. Qu Capital is a quantitative investment company. After being acquired by Genesis in September 2019, it has greatly enhanced Genesis’s technical strength in trading and lending products. In May 2020, Genesis successfully acquired Vo1t again and included the custody business in its own territory. Since then, Genesis has completed the last piece of the puzzle, integrating all the original businesses into Prime Brokerage.

BlockFi was established in 2017 and has received investment from many top institutions in the industry. In the past two years, it has occupied a considerable share of the retail lending market in Europe and the United States. Currently, BlockFi is targeting the institutional market and is also actively deploying in the Asia-Pacific region. The founder Zac Prince has many years of experience in online lending platforms. Interestingly, in an AMA event on Reddit, Zac also revealed that he is a successful professional poker player.

In August of this year, BlockFi completed a $50 million Series C financing, led by Morgan Creek Digital, with participation from CMT Digital, Castle Island Ventures, Winklevoss Capital and others. The announcement stated that the new funds will be used to expand the size of the team and further expand BlockFi’s business scope, including the upcoming “Bitcoin Rebate” credit card. In addition, it is worth mentioning that the custodian of BlockFi is Gemini, and it is not difficult to understand that it has received investment from Winklevoss Capital.

Maybe BlockFi is not the first in terms of business volume, but it excels in business innovation capabilities. Through the extension of the lending business, BlockFi became the largest shareholder of Grayscale Bitcoin Trust (GBTC). As of October 2020, BlockFi holds a total of 5.07% of the GBTC trust. Based on the market price at the time, the asset was approximately US$328 million. As BlockFi founder Zac said, investing in GBTC is one of its efforts to better serve customers.

DrawBridge Lending has to arouse great attention from the industry due to its team’s profound traditional financial history and shareholder background. DrawBridge was established in 2018 and is a Commodity Trading Advisors (CTA) and Commodity Pool Operators (CPO) certified by the US Commodity Futures Trading Commission CFTC. The DrawBridge team members have been deeply involved in the traditional financial industry for a long time, have extensive experience in trading, brokerage, loans, law and finance, and are known for their innovative derivatives investment strategies. DrawBridge has strong business capabilities in structured products. Currently, it has launched digital asset commercial loans/high-net-worth individuals personal loans, hybrid investment loans, and personal retirement account loans (Crypto IRA Loan). The advantages of DrawBridge loans are low interest rates and no “margin call”. According to data disclosed on its official website, as of July 2020, DrawBridge’s asset management scale has exceeded 150 million US dollars.

On November 13, 2020, the American digital asset commercial bank Galaxy Digital announced the acquisition of DrawBridge and another market maker Blue Fire Capital. Galaxy Digital is the world’s first multi-strategy and all-round commercial bank focusing on the field of digital assets. Its operations include investment, trading, consulting, securities brokerage, asset management and other businesses. The company was founded by Wall Street legendary billionaire Mike Novogratz, based on building a “Goldman Sachs” in the field of digital assets. Mike Novgratz was the chief investment officer of the hedge fund giant Fortress Investment Management. This acquisition has important strategic value for Galaxy Digital Trading (GDT). GDT is one of Galaxy Digital’s four main business lines, with an annual OTC transaction volume of more than 4 billion U.S. dollars, occupying a large share of the institutional market. Through the acquisition of DrawBridge, Galaxy Digital will greatly enhance its business capabilities in lending and structured financial products.

In addition to the above three institutions, there are more familiar players in the field of digital asset lending. For example, in the Asia-Pacific region, there are many institutions such as PayPal Finance, Matrixport, RenrenBit, etc., and they occupy a major share of the Asia-Pacific market. Companies such as Coinbase, BitGo, and even Blockchain.com in Europe and the United States are also actively exploring the lending market. According to official news on November 24, 2020, the Japanese financial giant SBI Group, through its subsidiary SBI VC Trade, officially launched a digital asset lending service. As more and more institutions inside and outside the industry enter the market, the digital asset lending industry has begun to enter a fierce competition.

As traditional market players continue to enter the market, what we see is that the capital of the two markets (traditional capital market and digital asset market) is accelerating the integration of capital. The huge amount of low-cost funds in the era of large-scale water release has completed interest rate arbitrage through digital assets, and also created the current boom in DeFi and CeFi markets. The future industry ecology will be like a creature in a spore game, with the continuous influx of traditional capital as a catalyst, rapid reproduction, iteration, and evolution. The prosperity of the lending market will also greatly enhance the influence of digital assets in the traditional world, thereby promoting the sustainable development of the entire industry. 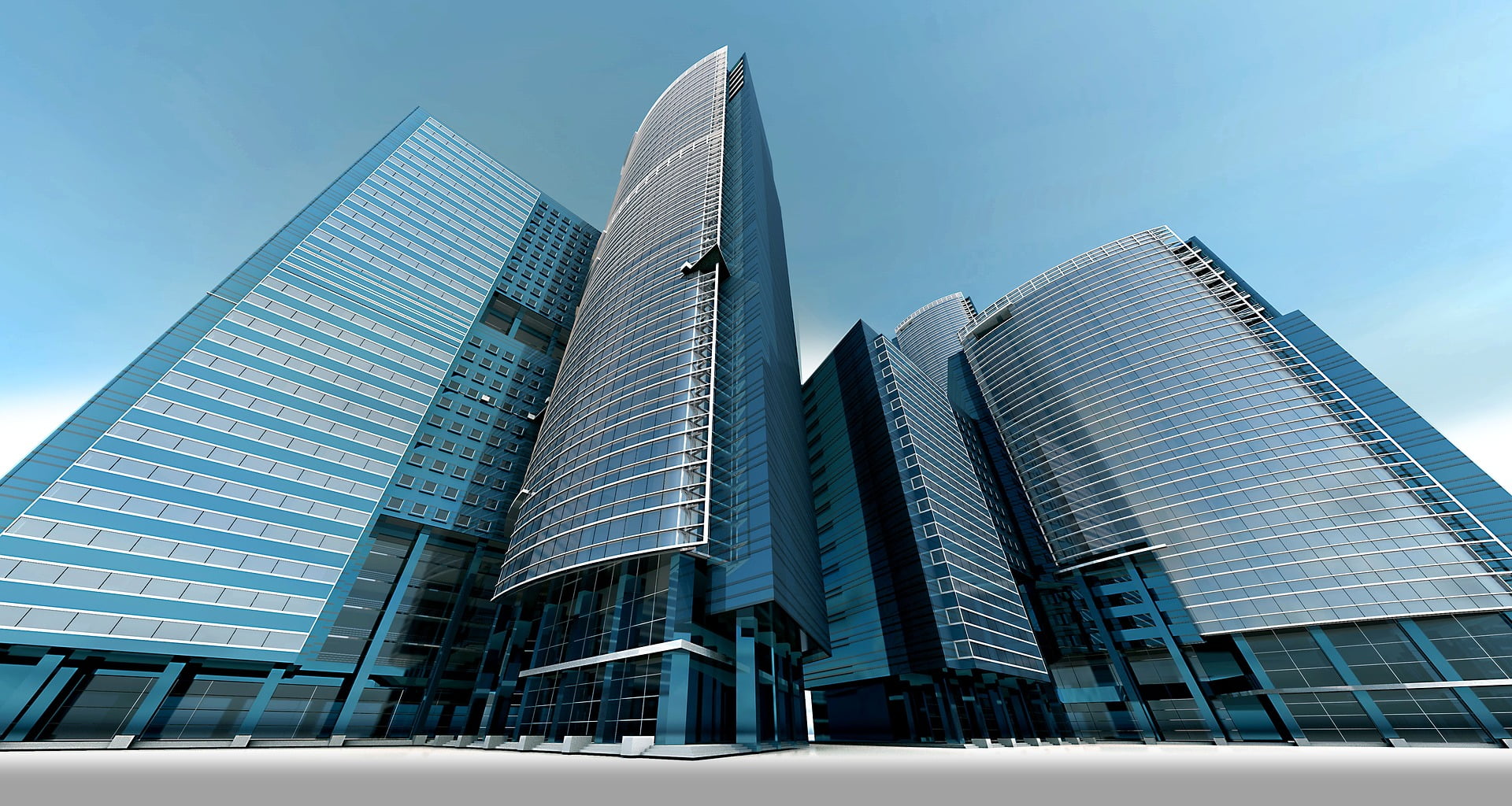 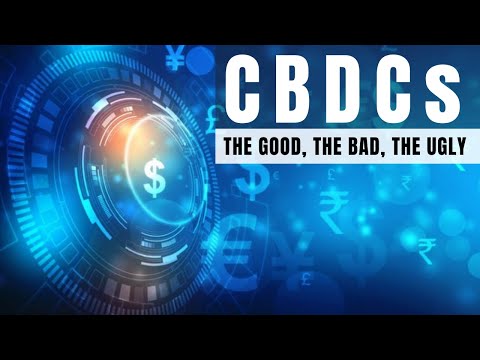