Mike introduced Galaxy Digital, the bridge between the crypto and institutional worlds. We belive in Mike’s vision, what do you think?

Mike Novogratz, a former hedge fund manager who was once captain of Princeton’s college wrestling team, has been described as many things, including (in just one New Yorker article in which he was featured last year): an on-and-off-again billionaire; a sidelined Wall Street legend; “bombastic;” “full of shit;” and a former party animal whose “lifestyle issues” led to his removal as a partner at Goldman Sachs back in 2000.

While Novogratz appears to be beloved by many friends, despite these qualities, or perhaps because of them, he may be more notable as a risk-taker who has racked up big wins — and big losses — first at Goldman, then at Fortress Investments. Now, he’s trying to rebuild his fortune with his own merchant bank, Galaxy Digital, which describes itself as a “bridge between the crypto and institutional worlds,” and which is squarely focused on cryptocurrencies and the promise of new blockchain technologies. It may be a smashing success, but failure looks like an option again, too. At least, as of November, Galaxy had suffered at least $136 million in trading losses.

To better understand the firm and whether it has what it takes to stick around, we talked last week with Sam Englebardt, a longtime media and tech investor who first began managing money for Novogratz’s family office and wound up co-founding Galaxy with him. Englebardt  — who was visiting San Francisco from New York for the week-long Game Developers Conference — oversees the outfit’s principal investments business alongside Greg Wasserman. The team invests from two pools of capital: its balance sheet and the EOS.io Ecosystem Fund, a $325 million joint venture with Block.one that’s focused on making investments in projects that utilize the EOS.io blockchain software. We asked about Galaxy’s taxing 2018, and how Englebardt, Novogratz and the rest of their 75-person team can produce the returns they expect to see. Our chat has been edited lightly for length.

TC: For our readers who aren’t familiar with Galaxy Digital, what’s the elevator pitch?

SE: It’s a merchant bank with a balance sheet to invest. We invest in everything blockchain and crypto-related and in the future of tech broadly. We’re also publicly traded in Toronto [having executed a reverse merger with a shell company on the exchange]. We’ve invested several hundred million dollars already in blockchain and crypto investments and tokens.

TC: One of the things you oversee is a venture fund that counts Block.one as the only limited partner other than Galaxy. Block.one is developing a blockchain-based infrastructure software, is that right?

SE: It’s an evolution of bitcoin and ethereum; it’s another blockchain protocol that allows [developers] to build applications atop it that are decentralized. Block.one did a token sale and had enormous success, raising $4 billion dollars. And having raised all this money for the development of their protocol, they wanted to allocate some of it back to professional VCs who could then invest in a way that’s beneficial to [its own] ecosystem, so they committed $1 billion to partner VC funds. Well, they’re managing $400 million themselves, and $600 million is being managed by five partner funds, of which we’re managing $300 million. [The funds] are all geographically diverse. We’re the largest and cover North America.

TC: And you kicked in $25 million to have some skin in the game. Do you co-invest in anything with the other partner funds or share deal flow in any way? Also, does Block.one have to sign off on what you want to fund?

SE: Generally speaking, we’re trying to stay somewhat close to our geography, but if we see a great deal in Asia, we might share it with [former Jefferies Asia CEO Michael Alexander, the fund manager there] and take a share. And ours is ultimately a fund managed by Galaxy. We work closely and collaboratively with [Block.one] but they aren’t technically on our investment committee.

TC: What other products does Galaxy have?

SE: We’re also in the process of raising a credit and special opportunities fund to make structured credit investments in the space. We have an index fund. It’s a portfolio of investment products. Galaxy Digital more broadly has an investment business, a trading business — Mike is best-known for and been a macro trader and is now trading around crypto tokens and liquid products — and then an advisory business, too. We’re a registered broker-dealer doing M&A advisory, increasingly focusing on what we think will be opportunities as startups begin to [consolidate their efforts], and also doing traditional capital raising for startups and later-stage companies.

TC: Of those, which is your biggest business?

TC: Galaxy found a way to go public back in August. Why was that important to the firm to do?

SE: If we’d just wanted to be a venture business, we didn’t need to go public. But we’re in this phase where institutional investors are going to want and need exposure to blockchain [investments] and crypto, while at the same time, it’s going to be a while before they feel comfortable buying these assets directly. Things are changing. Andreessen Horowitz has a [crypto] fund. [Former Sequoia Capital partner] Matt Huang has a fund now. They’re credible investors. But change takes time. And in terms of custody and insurance and CYA-type stuff, we felt having a public currency was the easiest way for investors to do it who don’t want to lock up their capital in a fund but who want to bet broadly across the space.

Not much of [Galaxy Digital] is floated. We think that as we prove out what we’re building [that will change]. 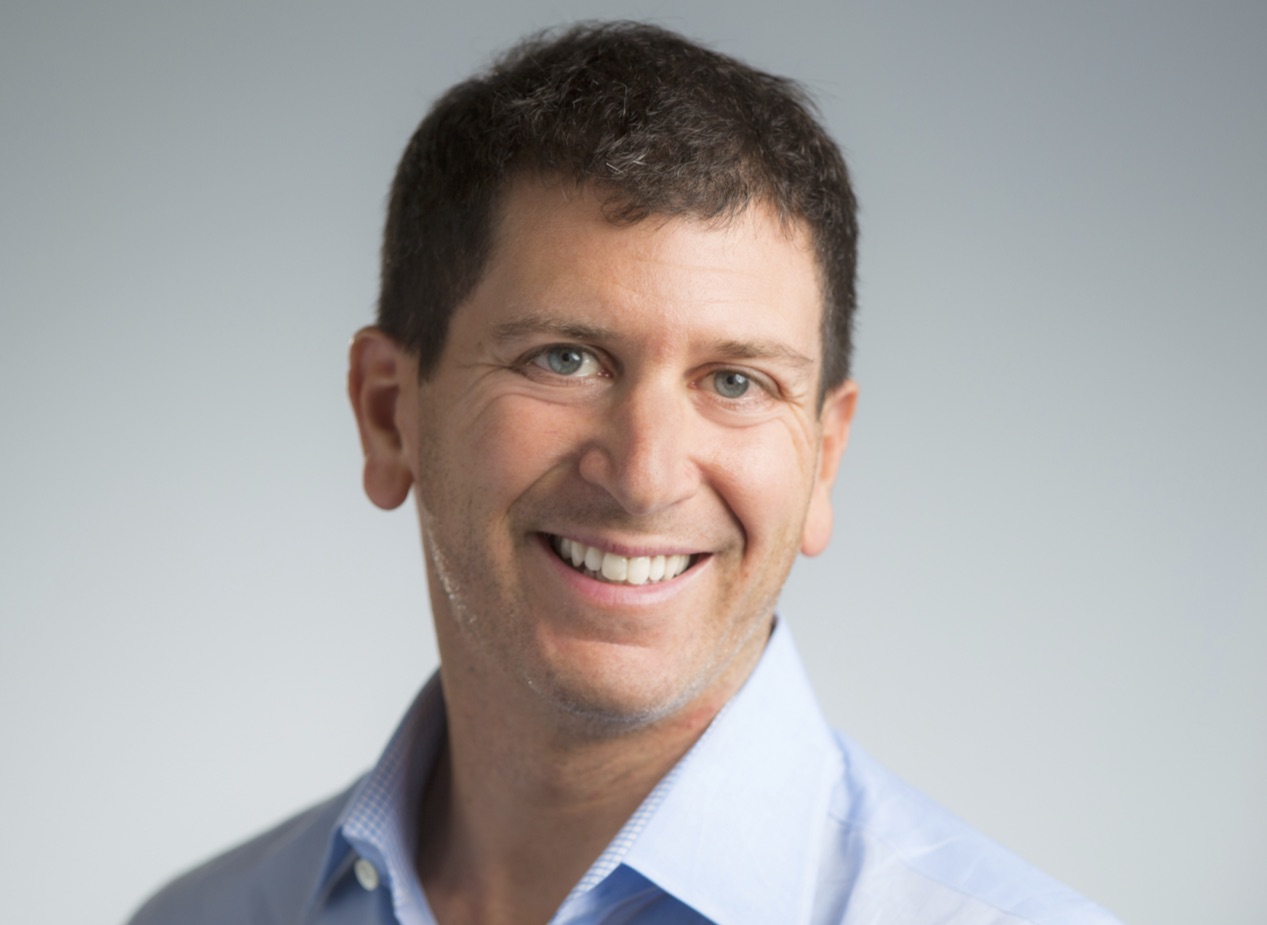 TC: Is it safe to say that last year was pretty brutal, especially given that the firm officially opened its doors last January?

SE: Oh, yeah, definitely, though it was a somewhat predictable sell-off in hindsight. I don’t care what the asset class it is — when things go up with that kind of velocity, they tend to come down with equal momentum. People got very excited. What’s unique about crypto and blockchain relative to other retail [offerings is that it’s] possible for the average person to buy into the frenzy. The development of other tech has involved professional investors taking risk in a calculated manner, but suddenly, [crypto] was available to everyone. And it was the evolution of crowdfunding and social media and information spreads fast, and when the message is that you can get rich fast, people are going to go for it.

Presumably, many retail investors who got in got out, along with people who’d been in the space a while and took their profits. So things were never as good or as bad as they seemed. Despite the ‘crypto winter,’ companies have been [at work] and a lot of the hype is turning into actual working technology.

TC: So no more frenzies or bubbles?

SE: We’ll definitely see more as this technology continues to develop. We’re still a ways away from it being the seamless technology we enjoy with the web. But it’s probably not all that different from what we lived through the last time around, where a few companies become massively important and a lot of them don’t.

TC: How do you rate SEC chief Jay Clayton? Are you in favor of the SEC regulating more of this new world?

SE: Yes, for sure. Fair, researched, smart regulation is absolutely what an industry like this needs, along with making sure that people understand there will be standards in terms of behavior and business practices that every industry needs. I think the more reasonable regulation we have, the better everyone will be.

TC: Is there a country whose regulations or approach you’d like the U.S. to adopt?

SE: There isn’t one particular place where I think, the U.S. should do this. We’re our own unique country, with our own issues and problems and benefits. I do [hope that] in an increasingly global world, we don’t over-regulate ourselves to the point of people building technology elsewhere. There’s a lot at stake.

TC: What has you most excited right now about the deals you’re seeing?

SE: Video games and digital objects are one of the reasons I’m excited. Many will integrate blockchain technology in important ways that will matter this year, and, by the way, I don’t think we’re many years away from web 3.0 and the decentralized internet from being ubiquitous in the same way that we’d be shocked today if we encountered a business that had no exposure to the internet.

TC: What applications are close?

SE: The reason there’s been so much talk about blockchain and video games, for example, is because the [gaming] world is made up of digital objects. Meanwhile, people have recognized that the blockchain allows you to create truly scarce digital objects that someone can truly own and trade as they would a physical object. With respect to gaming, that means you can own the digital objects you acquire in the game, and if you’re a collector of certain physical objects, the experience of collecting will become gamified in digital ways.

Consider that owning something is really about status. You show your friends, you achieve the status of owning that thing, then you either put it in your closet or trade it for money. In the digital world, you don’t have to go through the process of dealing with that physical object that has to be stored or else packed and shipped to someone else. There’s a startup called VIRL that buys custom shoes, then digitizes them using a volumetric camera system that turns them into a 3D object that you can see on your phone and authenticate as being one of say, only 10 copies. These digital sneakers — these non-fungible tokens — can then remain in the collector’s inventory or be made tradable through an exchange. And it just takes a second. You can have your item instantly.

The lines between commerce and gaming and trading grow more blurred by the day.

SE: That the digital world will blend with the the physical world as we invest more of our time in digital worlds and on our digital identity. Included in that is the inventory of stuff we own. We’re going to demand that no one can take that away from us.

Above: Mike Novogratz speaks during the 2018 Yahoo Finance All Markets Summit at The Times Center on September 20, 2018 in New York City. Featured mid-post: Sam Engelbardt