Is it hype or value discovery behind the Polkadot fever? May wish to find the answer from its ecological status quo.

Original title: “The hot Boka and Polkadot ecology, is it value discovery or is it seriously overestimated? 》
Written by: Five Fireball Leaders

The hottest project of the past two days, Polka dare to say second, no one dares to say he is first.

In addition to the sudden increase in prices, the entire ecological project also followed the rocket, without stopping.

Whether to chase or not is your own business. No one can make the decision for you when investing in this thing. This article will introduce readers to several popular projects of the Polkadot ecology. After all, a public chain is not good. In addition to its own technology and architecture, ecology is the core element of whether it can dominate the circle . Ether Such a weak TPS still dominates the position for several years, relying on numerous developers and a huge ecosystem.

Speaking of ecology, naturally, we must first talk about Polkadot itself. As long as Polkadot is not a newcomer who just entered the circle this month, it must be an invitation. I will not repeat here what Polkadot is a cross-chain duo. It is the author of the Ethereum Yellow Paper. , The inventor of Solidity, these media have long been talking about rotten things.

There are five options for just one Indice option-Claim, Forcetransfer, free, Freeze, Transfer.

There are 17 options for a transaction. There is a feeling of using AWS for the first time…

You may think that with so many complicated functions, how do users learn it? This is actually not a matter. Polkadot has just launched, and there will definitely be more than N wallets in the future. The front-end UI is optimized for them, so that the interface and The function is simpler and more intuitive.

You should be amazed that these things realized by Polkadot’s underlying complex logic and powerful engineering capabilities are invisible to any public chain on the market, including ETH.

The message just sent on the 27th, the ETH wallet Little Fox, Metamask, is developing Polkadot’s light wallet, do you think any public chain has received this treatment before? EOS does not, and Cosmos does not.

Send another picture that you saw in the group, will you feel more Fomo after watching it?

But to say a thousand words and ten thousand, it is better to experience the Polkadot system and interface yourself, which is intuitive.

Simply put, any new function deployed on Polkadot needs to be deployed and tested on Kusama first, and then migrated to Polkadot.

Kusama, don’t think of it as a pure testnet, but as an early and highly experimental version of Polkadot that exists in the real economic environment— you can understand it as the Polkadot Beta version, or wavelet card.

Many readers are concerned about the value of Kusama’s network. There is actually a range that can be roughly guessed.

Guaranteed value- 1% of the DOT value. This guarantee is derived from a statement made by the Polkadot Foundation last year that “1% of the DOT at the time of the Polkadot creation (100,000 DOTs of the Web3 Foundation) will be reserved as possible incentives , Distributed to Kusama participants and the community.”

Conventional value -As a testnet + parachain, Kusama carries the testing of many functions of Polkadot, advanced ideas, including valuable assets, etc., and is exactly the same as Polkadot at the underlying technical level. From this point of view, Kusama gets a DOT value of 3%-10%, which should be a normal range. The current Kusama has a value of DOT 5% from the price level.

Peak value- Polkadot’s big event 2.3 months later- Parachain auction 1PO will surely set off a real climax for Polkadot . At that time, Kusama is very likely to break through the 10% price range in a short time, to 20% or even 30% There are three reasons for advancing:

Of course, in the long run, the DOT value of about 10% should be a value capture interval that Kusama has for a long time.

It may be the first Polkadot ecological project that entered the eyes of everyone, or the project of our people.

What is the current liquidity mining, take sweet potato YAM as an example:

1 The pool is mortgaged with mainstream currencies such as ETH, LEND, and MKR to mine YAM; 2 The pool opens one day later, and Uniswap provides a 1:1 liquidity certificate of ETH/YAM to mine YAM.

To put it simply, pool 1 does not have any principal risk, but mining is slow, and pool 2 has principal risk (YAM plummets, and the ETH you provided is gone, replaced by one lot of YAM), but mining is much faster, higher Risks and high returns. Many investors suffered heavy losses in Pool 2 because of the YAM code bug and YAM plummeting.

What PCX needs to do is to bridge the assets on Polkadot, so that other main chain coins like BTC, ETH, EOS, etc. can be transferred across the chain in a completely decentralized manner.

With the recent fire of REN and various collaborations with Polkadot, within the ecosystem, PCX and REN must have a battle.

The advantage of REN is that it is quite famous. RenBTC has broken 10,000 and is about to grow into a unicorn-like project in the Ethereum ecosystem.

The advantage of PCX is that Polkadot is native and naturally more suitable if it exists as a parachain.

Which one is better or worse will be known within one year.

As the first smart contract chain, Edgeware does a very interesting thing-governance, or DAO.

The Dao concept has recently followed the Defi fire, and the leading ANT has recently been on the same list, and the currency price has also soared.

Edgeware, you can simply understand it as the first DAO on Polkadot.

It can be said that it is a brother in the current Polkadot ecology. Although the currency has not been issued yet, the testnet is already available. Interested readers can experience it.

A big bull in Polkadot said that Acala basically does MakerDAO+Compound+Uniswap+SNX , and it does everything in a system for stablecoin minting, lending, DEX, and derivatives…

This… is a bit powerful. Of course, it is said that the valuation is also very high after the currency is issued. If you really do everything, it is worth that valuation.

Stafi is a middleware protocol that specializes in the release of PoS liquidity.

Simply put, the security of PoS public chains such as ETH2.0, XTZ, ADA, Cosmos, Polkadot, etc. needs to be guaranteed by staking, whether you are worried that your coins will be diluted by additional issuance, or you want to be a network Many people will choose Stake to contribute to the security of 312. However, like ATOM, the redemption period takes 21 days. During this period, regardless of whether the currency price rises or falls, you can only stare, like the 312 wave, many pledges Of users have suffered heavy losses.

So is there a way to choose Staking while still obtaining 100% liquidity?

This is what Stafi does. When users are staking coins, they use the Stafi protocol, so that they can get a 1:1 bond with ownership and staking income rights—Rtoken. Rtoken can circulate freely in the secondary market. The staking income of the corresponding token is not affected at all. In this way, bear paw and fish have both.

The founder Ka Ba, the founder of Wetez, many people in the circle know that he may be the team that understands PoS consensus best in China, and is also one of the most well-known Staking agency service providers in China.

It should be the first DeFi project on Polkadot. It focuses on informal financial agreements. It wants to provide customers with basic financial services (savings, investment, pensions, social insurance, etc.) through the blockchain , and pension plans are the main focus. There is a little “non-mainstream” Defi.

This project started as Huobi’s 1EO. After the familiar “opening peak”, it left a lot of chicken feathers, which caused a bad reputation. But this year, with the popularity of Polkadot and Defi, it became the top ranking of Polkadot. A Defi project performed quite well, and recently launched a popular liquidity mining, so it is estimated that there will still be performance in the future.

Moonbeam is not well-known, but it is important in theory. Why?

Just look at the introduction of moonbeam-MoonBeam is a developer-oriented blockchain, dedicated to providing compatibility with existing Etherum developer tools and networks. It does this by providing a complete EVM implementation, Web3-compatible API, and a bridge that connects MoonBeam to existing Ethernet. This allows developers to deploy existing reliable smart contracts and DAPP front ends to MoonBeam with minimal changes.

You see, Polkadot is to be an “ETH killer”. The first step is to be a “friend of ETH” . Developers who are used to ETH and Solidity can easily modify their existing contracts and deploy them Above Polkadot, it is estimated that it will not be uncomfortable to develop directly here.

Then, when many projects and developers on ETH do this, it’s time for Polkadot to challenge the hegemony of ETH…

This… may be a magic coin.

Let me talk about the price first, it has been almost 1000 times in the past few months, and only YFI can match it.

The reason is that this coin was issued at the beginning of more than 1.6 billion, and many of them were distributed for free. Later, they took 300,000 tens of thousands to Uniswap for the price and found that it has soared to more than 100 US dollars in just two or three months.

What about the latter tokens? The official only has a way. In short, it is very complicated. It uses 4 tokens to form the system.

I haven’t fully understood it until now. This is how a big coffee in the circle commented

“The sora 4-coin system perfectly divides Staking, Govenance (governance), Gas/Stablecoin, and Dex into 4 types of currencies, and they are perfectly integrated. It should be the most advanced public chain tokenomics at present.”

What XOR wants to do is Polkaswap, based on Polkadot ’s DEX , high-speed TPS, GAS with stablecoins, governance, and a bunch of tall functions… The Japanese team is very impressed by their posters:

Polkadot’s current ecological projects are close to 200, and it is impossible to introduce an article. Only some mainstream and well-known ones can be selected.

Open Finance from the Perspective of Web3.0: Dialogue with Acala 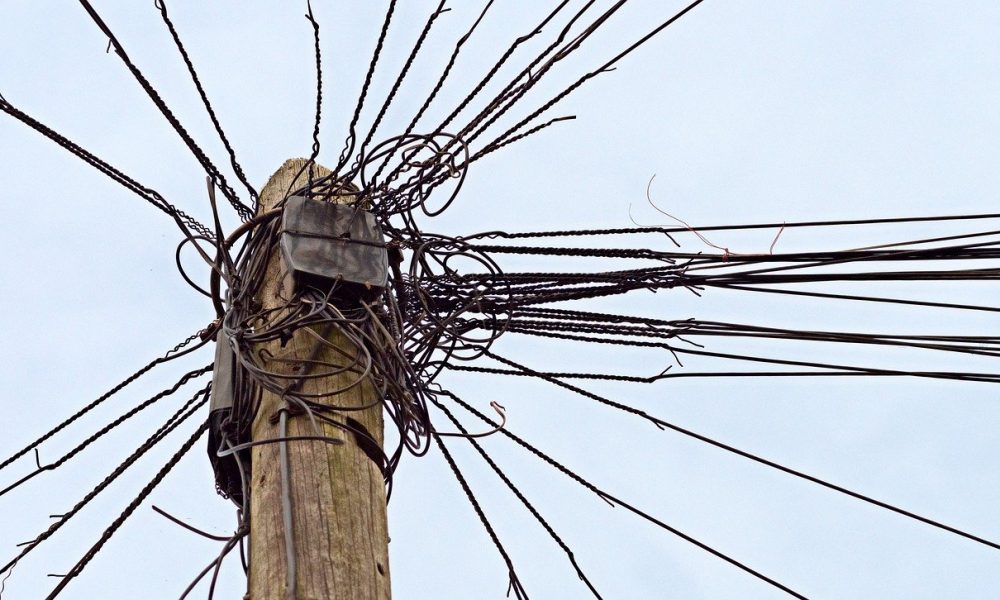 Will the income of “winter” in advance bring the DeFi ecology into a death spiral?

How should hot spots such as Filecoin, Polkadot, NFT, etc. be deployed?

DeFi development trend: breaking the label of self-help, becoming an ecology in the frenzy