Decentralized autonomous organizations are based on the concept of decentralized fund management.

Despite the benefits of decentralized autonomous organizations, they can be a regulatory nightmare.

Decentralized autonomous organizations eliminate a single point of failure through the democratization and decentralization of the decision-making process.

The most complex and useful aspect of blockchain technology is that it can achieve consensus in a decentralized system. However, ensuring synchronization in a distributed system is not easy, and even the smallest timestamp inconsistency can cause chain splits.

The rules are executed in the form of code to automate the basic functions of social institutions. As long as enough guidelines are programmed, DAO can theoretically run on its own indefinitely. This allows the “cryptocurrency venture capital fund” to make decisions based on members’ votes. If properly regulated, the DAO can even manage public records such as mortgages and birth certificates.

Currently, users submit proposals, and if approved, they will receive project funds in the form of DAO tokens. In the future, companies can contract work to DAOs and be undertaken by the organization’s decentralized stakeholders. Due to the reliance on smart contracts, the first batch of DAOs did not arrive until the release of Ethereum in 2015.

“The paradigm shift in the concept of economic organization”

READ  Dialogue with Zhu Wei: The competition in the mining machine service industry is very basic, and the technology and services need to be more professional and sophisticated

In April 2016, Christoph Jentzsch publicly released the code of “The DAO” on GitHub and launched a 28-day crowdfunding campaign on the website. The project raised nearly $150 million in ETH, attracting 14% of all issued ETH at the time.

The project is completely transparent and anyone can audit its code. Instead of depositing their funds in a central reserve, investors hold their DAO tokens until they decide to vote on a project.

Without a traditional management structure or board of directors, The DAO was created as an open source, investor-led venture capital fund, and its tokens were quickly traded on popular cryptocurrency exchanges. TechCrunch even called The DAO a paradigm shift in the concept of economic organization.

Although The DAO showed unprecedented rapid growth, it was shut down in September of the same year. Due to the loopholes in The DAO’s code, ETH worth about $50 million was plundered by attackers. However, because The DAO account is in a 28-day holding period, these funds have not been actually transferred, and Ethereum has returned the funds to The DAO members through a hard fork.

Despite the benefits of DAO, it can be a regulatory nightmare. Since no entity can be responsible for the DAO’s decision, law enforcement becomes meaningless and puts every investor at risk.

Immutability is a basic part of the blockchain, but it also makes the implementation of development updates and bug fixes more challenging. Moreover, the decentralized governance system already has the problem of low voter participation. The fewer participants who vote, the more centralized the system.

Most DAOs follow the “code is law” philosophy. And organizations operating on decentralized governance are not a new idea, but until now, they have relied on trusted agents to some extent. DAO eliminates the need for trust, but relies on the effectiveness of the code deployed on the network.

The mathematical certainty and irrevocability of smart contracts may not require people to act with integrity, but not everyone can find loopholes in the code. No code is completely resistant to attacks, and most people may rely on external audits to make decisions. DAO does have the risk of deploying wrong code due to the ignorance of participants.

What the DAO prevents

However, DAO eliminates a single point of failure through the democratization and decentralization of the decision-making process, especially in financial management. Organizations with a hierarchical structure can hire individuals to control millions of dollars in funds. But the DAO prevents individuals from having such influence and decentralizes the management, governance and innovation of funds.

The DAO is an experiment with a terrible ending. If it weren’t for the final decision to resume through online voting, the consequences would be sobering. This solution is impossible to achieve on a truly decentralized network, but when it involves millions of dollars, it is difficult to give up trust and choose computer code that may be safe or unsafe.

Restricting the scope of the DAO to certain types of decisions and ensuring participation can allow the broader community of token holders to make meaningful contributions. However, although this will be the key to a successful DAO in the future, it will not create a truly autonomous entity, but an entity that handles some decisions.

Back to the traditional board structure, although individuals are censored and trusted to avoid repeated voting, this structure still opens the door for strategic voting and coercion. In addition, other solutions have the same serious limitations, making them a new prey for manipulated targets and malicious users.

DAO is not perfect, but a problem with the first DAO does not mean that DAO should not exist. Most blockchain-based projects are still not ready for mainstream use, and in the case of DAO controlling assets, the system will encourage innovation through a democratically determined funding model.

Modern DAOs include safeguards to protect investors from attacks initiated by malicious users trying to use the system. As the development continues and the overall platform improves, DAO may usher in an era in which everyone is a consumer, employee or manager of a different, decentralized company.

How to solve the liquidity problem in the options market? Decentralized options platform FinNexus provides such ideas

Butterfly effect: How does exchange hacking lead to the centralization and censorship of decentralized projects? 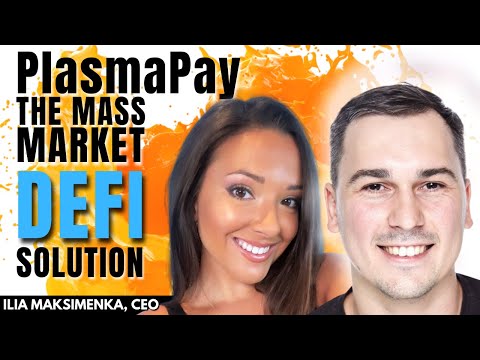 PlasmaPay: Delivering Decentralized Finance to Everyone