Although the price of Bitcoin has exceeded $36,000, it is still falling. On the current chart, a decline is expected while maintaining the price of the box zone where the highs are lower and the lows rise. According to the analysis of the large cryptocurrency fund Pantera Capital, 86% of cryptocurrency purchases are concentrated in Bitcoin and Ethereum, and the possibility of the advent of the altcoin market is high.

While the U.S. stock market closed on Martin Luther King Day on the previous day, Dubai oil traded in London fell due to concerns about slowing demand due to the corona spread. The corona trend has turned to a trend in which the confirmation rate has decreased to the 10% level in the United States and the number of new confirmed cases has decreased. Meanwhile, the market is skeptical of the possibility of biden’s stimulus package passing through the Congress, and the scale is expected to shrink. This has contributed to the recent increase in the dollar and is holding back the rise of Bitcoin.

On the other hand, according to the Weiss Crypto Index, the market, which started weakly, turned upward at around 10 o’clock and expanded to 11, then fell again, showing a lull. However, it was analyzed that there is a severe bias in the trend of selling small stocks and buying large altcoins with higher market caps. W50, a cryptocurrency market index including bitcoin, +0.46%, W50X, a cryptocurrency market index excluding bitcoin, +2.46%, WLC, a large stock-oriented index, +0.94%, and WMC, a medium-sized stock-oriented index. +1.38% WSC, an index centered on small stocks, recorded -2.04%.

② Litecoin founder Charlie Lee said in a recent interview, “We expect the BTC bull market to peak at around $100,000. It could reach $200,000. This is 5-10 times higher than the previous bull market peak in 2017. This is an excellent target. “He said. “In the long run, I think bitcoin can reach the market capitalization of gold. Of course, it will take 5-10 years. It will take a long time to catch up with gold, but in the current situation where the dollar is overflowing, this will surely happen. “I explained.

③ According to cryptocurrency media Cryptoglobe, renowned analyst and trader Josh Rager predicted “the price of bitcoin will rise to $100,000 at the beginning of next year.”
④ Cryptocurrency analyst Lark Davis said, “I fully agree with the $100,000 forecast, but I’m sure that will be the end of this year, not next year.”
⑤ Michael Saylor, CEO of MicroStrategy, a US listed company, said on Twitter, “Bitcoin is not a Ponzi, a fad, a bubble. Bitcoin is a cyberspace bank, uncorrupted software. It is run by and stores value for billions and few people without better options.”

③ CoinDesk, a media specializing in cryptocurrency, quoted Bloomberg. “Last week, the price of bitcoin hit a big adjustment of close to 30%. This was enough to reconsider Bitcoin investment for Wall Street institutional investors, and made them more cautious.” .

① Guggenheim’s CIO (Chief Investment Officer) Scott Minerd diagnosed that “Bitcoin is optimistic in the long term, but adjustments are imminent in the short term.” “The bitcoin investment fever is hot day by day, but there are some signs of’bubble’. One of them is that cryptocurrency trading platform eToro warned that cryptocurrency trading functions may be limited due to unprecedented demand. “I think it’s possible to get $400,000 in the long run, but in the short run it could go through some corrections,” he pointed out.

② Cryptocurrency trader Pentoshi also recently predicted that “the long-term strength of bitcoin is not over, but in the short term it seems that it has already reached its peak. There is a possibility that the price of bitcoin will be adjusted to $20,000.”

③ Michael O’Rourke, chief market strategist at Jones Trading, a renowned US investment firm, warned that “It could be a risk signal for investors for a company to buy financial assets for speculation purposes, regardless of its core business.”

④ Bloomberg News quoted JPMorgan analysis, “If Bitcoin fails to recover $40,000 immediately, it could lead to a massive withdrawal of investors. This will again act as a downward pressure on the BTC market.” According to the media, “In order for Bitcoin to recover $40,000, the inflow of GBTC funds is key. The inflow of GBTC funds worth at least $100 million per day must be maintained for several days to weeks.” “I faced a similar challenge at the end of the month, but at that time, it was only whether it exceeded 20,000 dollars instead of 40,000 dollars.”

READ  Bitcoin price is ridiculously high, but it will rise further for the time being... Why?

Unlike the strength of large altcoins, including Ethereum, which recorded a reported price since the morning, the daily price of Bitcoin (see Figure 5) was technically not above the 5th and 10th moving average line, and the market price could not be maintained. The bearish trend continues. The adjustment period seems to be getting longer due to the recent rebound of the US dollar, but technically it has a large triangular convergence pattern, so the sideways trend in the form of period adjustment rather than a sharp decline due to a sharp rise would be better for further rise. May be. However, the breakthrough direction of the trend should be the direction above the trend line.

According to the market analysis data of the Institute, 1) the daily technical indicator is actively buying, 2) the investor sentiment of the market participant is very good, based on the crypto fear and greed index, and 3) the kimchi premium index is stable’buy’ Maintaining the level 4) Same-day payment options The high proportion of call options due to the number of outstanding payment options is a positive factor.

However, 1) Bitcoin’s return is gradually lowering compared to the beginning of the year, 2) On-chain transaction indicators, it is highly likely that the bitcoin price on the day will close with a volatile movement around $36,000, and 3) Close maturity As a result of the analysis of bitcoin option pending contracts, it is expected that there will be a volatility with a considerable amplitude over time based on $36,000 to 37,000 dollars.

On the other hand, the intraday variable on the day is the settlement date on January 19 of the Bitcoin and Ethereum options on the DRBT exchange. This is because the expected settlement price for this option (see Figure 7), which is settled at 5 pm our time, is expected to be around $36,572 as of 14:00, which is expected to fall below the current price.

Binance BTC/USDT, calculated by the institute’s quant program, has an important price change on the day of $36,300 (pink line), and the current price is near the market price of the day, so 1) you can buy if you start a strong increase beyond the market price of the day. However, if it declines, it is recommended to wait until it reaches $36,300, which is also near the moving average on the 5th day, and check if it supports it before buying. Otherwise, you will have to withhold your purchase. For more detailed analysis based on market data, see ‘7. Please refer to the’Quantitative Analysis’ section.

As of 14 o’clock on the 19th, the technical analysis of the daily price movement of bitcoin on Upbit, a domestic cryptocurrency exchange, and Binance, a foreign exchange, were all found to be’active buying’. Looking at the detailed evaluation items, 6 of the oscillator indicators on Upbit came out of’Buy’, 1’Sell’, and 1’Neutral’ opinion and’Strong Buy’ opinion, and the moving average indicator is’Buy’ of 10 and It was summarized as a’buy’ opinion with two’sells’.

If you look at the detailed items of Binance, among the oscillator indicators,’Buy’ is 6,’Sell’ is 0, and’Neutral’ is 2, sending a’active buy’ signal.The moving average indicator is’Buy’ with 12, ‘Sell’ was summarized as’Buy’ with zero.

The’Fear and Greed Index’ provided by the cryptocurrency data provider Alternative.me maintained the extreme level of greed by recording 80 points, up 1 point from the previous day. The index closer to 0 indicates extreme fear in the market, and closer to 100 indicates extreme optimism.

Due to the recent upward movement of the dollar index, US CME’s bitcoin futures’ year-to-date yield fell 2.37% to 12.92% from last Tuesday. As the daily trend has formed a short-term low and the rebounding dollar index is expected to rise further, the correction period for bitcoin prices is also expected to lengthen. Oil prices have risen tremendously this year, but the movement of gold prices is also pointed out as a peculiar phenomenon. Gold futures are already down 6% from the beginning of the year.

◇Comparison of return by cryptocurrency compared to the beginning of the year (%) (as of 14:00 on January 19) <weak>

① Analysis of Bitcoin transaction volume on the day <Neutral>

Analyzing the transaction volume of BTC/USD’s on-chain data on the same day makes it easy to check the direction of the bitcoin market and respond to it. Indicator 1 in Figure 11 shows the spot trading volume of BTCUSD or BTCUSDT on 9 major exchanges (Binance, Bitfinex, PoloniX, Bitex, Coinbase, Bitstamp, Kraken, HitbittyC, Gemini), and number 2. The indicator is based on real-time summation of the trading volume of BTCUSD or XBTUSD indefinite futures on 7 derivative exchanges (Binance Futures, OKX Futures, OKX Futures, Huobi Futures, FTX Futures, Kraken Futures, Delibit, BitMEX). Show.

Also, looking at Index 2 in Figure 13, the possibility of a sharp decline is unlikely because futures trading volume is not large and price volatility is also decreasing. Based on the current on-chain transaction volume indicator, it is highly likely that the bitcoin price on the day will close around $36,000, and it can be judged that the fluctuations increase as the hourly futures transaction volume increases.

The daily price of bitcoin moved sideways, the price of Ethereum rose, and the Kimchi premium index of both prices fell to a stable level. Buy is dominant in the current indicator.

Looking at the result of analyzing the proportion of total open contracts of Bitcoin options of Delibit (DBT) by hour on the 19th (see Figure 16), comparing the data analyzed at 10:00 and 14:00, calls in the open contract of the option due on the day Although the proportion of options remains at a slightly higher level (about 58%) than put options, the difference is not large and the strike price and the number of options outstanding compared to other months are not large, so the bitcoin price is expected to rise and fall again. Is expected.

It is known that in the cryptocurrency option market, the price of the underlying asset for the option’s expiration settlement tends to shift to the price that causes the most options to lose value by moving to the Max Pain Price. In other words, this price refers to the strike price with the largest number of call and put options, and the price that can cause financial loss to the largest number of option buyers at expiration. 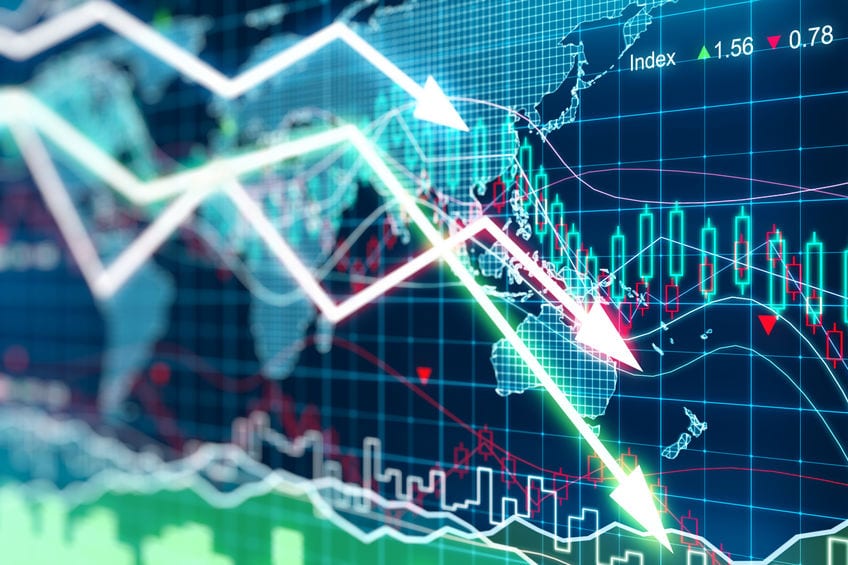