When Bitcoin (BTC) broke all of the existing resistance levels, the news that it had converted $1.5 billion, or 7.7% of Tesla’s cash, to Bitcoin in January, broke the all-time high. It is still on the rise, and there is a high possibility of continuing the upward trend to the 50,000 dollar level. Most altcoins are also strong.

Last night, the New York Stock Market in the U.S. increased expectations that it was still going through the initial bull market of economic recovery amid high expectations of concluding a stimulus package, and financial stocks rose as interest rates rose in anticipation of additional stimulus measures, and Tesla’s bitcoin purchase news at the beginning of the market. Cryptocurrency and blockchain-related theme stocks have risen all at once. At the New York Stock Exchange (NYSE) on the 8th (local time) on the previous day, the Dow Jones 30 industrial average index rose 0.76% from the battlefield, the Standard & Poor’s (S&P) 500 index 0.74%, and the technology stock-oriented Nasdaq index increased 0.95%.

Meanwhile, according to the Weiss Crypto Index, the market, which declined after opening, turned upward around 1 o’clock, but it is analyzed that funds are mainly flowing into small and medium-sized stocks. W50, a cryptocurrency market index including bitcoin, +0.23%, W50X, a cryptocurrency market index excluding bitcoin, +0.95%, WLC, a large stock-oriented index, +0.13%, and WMC, a medium-sized stock-oriented index. +1.51% WSC, an index focused on small stocks, recorded +1.59%.

READ  Bitcoin is solving Scalability: At the expense of decentralization?

As the news of Tesla’s Bitcoin (BTC) investment became known, Bitcoin broke through all existing resistance lines in one day and surpassed the previous high of $44,000. Many experts predict that the bitcoin price will continue to rise due to this news. In addition, there is a positive opinion that major U.S. institutions that have studied blockchain technology have recently begun to pay attention to cryptocurrency itself, and can expect to expand the base of institutional investors.

② Forex Live, a media specialized in the foreign exchange market, predicted that “Tesla will use bitcoin as a payment method in the near future,” and “in the future, some cash will be invested in alternative assets such as digital assets and gold as well as cryptocurrency.”

③ Guido Molinari, an executive of Prism Group, a block chain consulting firm, diagnosed that “major US institutions are more interested in cryptocurrency itself than blockchain technology itself,” through a contribution to CoinDesk.

④ In this regard, he said, “From 2015 to 2016, financial institutions tended to use strategies focused on technology development. At the time, consortiums such as R3 and Coda protocol development are one of the evidence. However, since last year, more institutions directly invest in cryptocurrency, and companies’ interest is shifting to cryptocurrency itself rather than blockchain technology infrastructure.”

⑤ OKEx investment analyst Ryu said, “Bitcoin is recovering from the uptrend,” and “BTC can go beyond 40,000 dollars to 42,000 dollars.” “The Musk rally over $6,000 last week helped recover the bullish trend,” he explained. “The rate of financing for permanent swaps following the trend of quarterly futures surcharges continued to rise during the week,” he said. “In the morning of the 4th, after a short-term adjustment, it peaked at 0.19%.” He added, “The current financing rate is running around 0.06%. This means that there is room for bitcoin to continue its upward trend.”

⑥ Mike McGlon, chief strategist of Bloomberg Intelligence, said, “We will bottom out before Bitcoin reaches 50,000 dollars. When it reaches 50,000 dollars, the market value of BTC will reach 1 trillion dollars.” In the 2021 cryptocurrency outlook report released in January, he predicted that “the bitcoin price will soon reach $50,000 due to a decrease in supply and an influx of institutional investors.”

⑦ Galaxy Digital’s CEO Mike Novogratz predicts that Bitcoin will continue to rally over the next 22 months as big banks get on the bitcoin market. He stressed that the bitcoin adaptation cycle of large institutions is still in its infancy. In addition, he predicted, “The recent bull market is different from the speculative market that individual investors raised in 2017. Within a year, Bitcoin will reach $50,000, which is 10% of the gold market cap.”

① Coinnis special analyst’JIn’s Crypto’ said, “Bitcoin maintains a price range below the $40,000 section where major downside pressures are concentrated. Currently, the upside momentum of bitcoin is weakening and is moving in a sideways section. Bitcoin. The shorter the retention period, the higher the risk,” he said. “Bitcoin continues to adjust and volatility is declining. Currently, the $38,000 line is getting closer to the 30- and 60-day moving average line. It is highly likely that the bitcoin sideways will continue in the short term,” he said. Explained.

② Cryptocurrency analyst Michael van des Pope predicted that “After Bitcoin hits the highest, there may be an adjustment close to 40% from the high.”

With the purchase effect of Tesla reaching the $47,000 mark at once, the Bitcoin daily price (see Figure 7) reached the basic target for triangular convergence (second technical target: $46,494) set out last Thursday. The bitcoin price on the day is almost not pushed back from the previous day’s high price even though it goes through the sale process, and is seeking an additional increase.

Technically, even if the buying trend is strong, it may decline to test the support at the top of the Bollinger Band during the intraday ($43,097-$43,719, see Figure 7), which would be a good buy time for investors who failed to buy in the previous day’s surge. Of course, if the rebound breaks through the previous high (direction 1), further increases are expected, but since the basic target of the triangular convergence pattern is achieved, resistance around $50,000 is expected.From this period, altcoins including Ethereum A breakthrough is expected.

Therefore, although it is bullish now, it is highly likely that the market price declines to confirm the low and then rises again. This is because today is the February 9th settlement date for Bitcoin and Ethereum options on the DRBT exchange. 1) As a result of the simulation as of 14:00, on the same day, it was expected to be settled at around $43,500, which is lower than the current market price. 2) With only a few hours left, the call option sales volume is maintained at every strike price of $44,000 or more.

In this case, it is possible to induce a decline even after the settlement time to preserve profits from the water position for the next day. (Refer to Figure 8) Of course, these forces also have limitations in market price control, so if the market price rises sharply like now, you will suffer big losses and participate in the upward trend, so the intensity of the rise will increase.

The price of Binance BTC/USDT, which was calculated by the institute’s quant program, is $43,719 (pink line). The current market price has remained strong beyond both the market price of the day and the previous day’s high price, so it is a burdensome position to buy a new one, so after watching the aforementioned point ($43,097-$43,719) or at least near the top of the Bollinger Band on the day if the price is strong After confirming a strong rebound, try to buy in installments.

What is important at this time is whether or not altcoins, including Ethereum, have attempted to rise. Since only bitcoin has risen so far, the time for the market price to be transferred to altcoins is approaching, so we can expect to lead to profits by maintaining the proportion of coins held without going back and forth about not making profits. For more detailed analysis based on market data, see ‘7. Please refer to the’Quantitative Analysis’ section.

As of 14 o’clock on the 9th, the technical analysis of the daily price movement of Bitcoin on Upbit, a domestic cryptocurrency exchange, and Binance, a foreign exchange, were found to be’buy’ and’active buy’, respectively. Looking at the detailed evaluation items, Upbit came out with 5’buy’, 0’sell’ and 0’neutral’ opinions and’buy’ opinions among the oscillator indicators, and 12’buy’ and zero moving average indicators. It was summarized as a’buy’ opinion as a suggestion’sell’.

If you look at the detailed items of Binance, among the oscillator indicators,’Buy’ is 6,’Sell’ is 0, and’Neutral’ is 0, sending a’active buy’ signal.The moving average indicator is’Buy’ with 12, ‘Sell’ was summarized as’Buy’ with zero.

The’Fear and Greed Index’ provided by the cryptocurrency data provider Alternative.me was 95 points, up 12 points from the previous day, and it was the same’extreme greed stage’ as the previous day, indicating that the sentiment of investors was extremely overheated. . The index closer to 0 indicates extreme fear in the market, and closer to 100 indicates extreme optimism.

◇Comparison of return by asset compared to the beginning of the year (%) (As of February 9, 14:00) <Strengthening>

READ  What about the blood sucked Uniswap?

With the purchase effect of Tesla, the price of bitcoin soared, and the US CME Bitcoin futures’ return from the beginning of the year rose 23.34% from last Thursday to 41.85%, far higher among the valuation asset classes. Oil futures, which have been strong since the beginning of the year, also surged to 22.01%. During the same period, the dollar was still searching for a direction in the consolidation sphere, and the gold price remained flat as the stock price rose. The previous day, Brent oil surpassed $60 in a year. Gold prices ended higher on expectations of stimulus and a weak dollar.

◇Comparison of yield by cryptocurrency compared to the beginning of the year (%) (as of February 9, 14:00) <Strengthening>

① Analysis of Bitcoin transaction volume on the day <Strengthening>

The bitcoin price rose in the form of an increase in the sum of the total amount of bitcoin spot trading occurring on the major exchanges of indicator 1 in Figure 14, and eventually rose. As of 14:00, the market price is in the form of’Doji’. It can be seen that the 2nd derivatives trading volume index also showed a trend decline, indicating an uptrend.

Looking at the indicators in Figure 15, it can be seen that the previous day’s rising price volatility reached the highest level in recent years and then turned to a decline. If so, the intraday market price may be strong on the day, but the market price may enter an adjustment period for several days from today based on the closing price, so you should not pursue trading.If you buy the intraday low, it is recommended to close after liquidation on the day.

As the prices of bitcoin and Ethereum increased further, the gap between the two prices of Kimchi premium indices became wider, and the risk factor to be warned of as a decline indicator became even lower. If the indicator doesn’t rise above ‘0’ again, it doesn’t seem to be a big concern.

As a result of analyzing the proportion of all outstanding contracts for Bitcoin options of Delibit (DBRT), which expires on the 9th (see Figure 18), the percentage of increase in terms of the number of contracts increased from 18.95% to 29.77% as of 10 o’clock to 14 o’clock. , It is analyzed that the price of bitcoin will maintain a very strong trend, increasing from 82.65% to 90.76% on a premium basis. 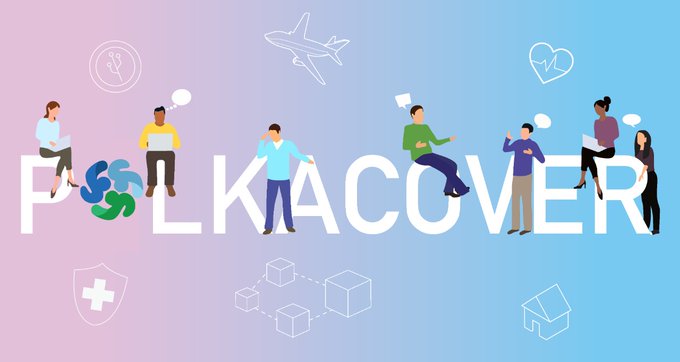