Harvest Finance suffered the lightning loan attack this time mainly because fToken used the quotation in the Curve y pool when minting coins. Attackers could control the amount of fToken minted by controlling the price of the oracle through huge exchanges, thereby making profits.

At about 12 noon on October 26, the popular DeFi project Harvest Finance was exposed to hacker attacks. According to Twitter netizens, it is suspected that a hacker borrowed a flash loan and used 20 ETH to cash out over US$4 million from Harvest Finance.

In the end what happened?

According to the analysis of the SlowMist security team, the lightning loan attack of the Harvest Finance project is mainly because the fToken (fUSDC, fUSDT…) of Harvest Finance used the quotation in the Curve y pool (that is, the use of Curve as the source of price feed). ), the attacker can control the amount of fToken minting in Harvest Finance by manipulating the price of the oracle through huge exchanges, thus making the attacker profitable.

After the security incident, Harvest Finance updated Twitter after an initial investigation and said:

Just like other arbitrage economic attacks, this attack originated from a huge flash loan. The attacker repeatedly manipulated the price of one fund pool (Curve y Pool) to exhaust the funds in the other fund pool (fUSDT, fUSDC), and then converted the funds into renBTC and cashed out.

The attack was carried out through the Curve y pool. In order to protect users, Harvest Finance has deposited the y pool and BTC Curve strategy funds in the Vault. So far, all stablecoins and BTC funds are in the Vault (no longer deployed in the strategy). Other pools are not affected.

Harvest Finance also cooperated with RenProtocol and related 10 BTC addresses, hoping that trading platforms such as Binance, Huobi, OKEx and Coinbase would freeze them. It further stated:

In addition to the BTC address holding the stolen funds, we now have a lot of personally identifiable information about the attacker. He is quite well-known in the crypto community.

Due to the large amount of money involved in this security incident and its wide impact, the market has once again raised concerns about the security of DeFi projects. Shenyu, the co-founder of Cobo, stated on Weibo that in theory, all stablecoins on Harvest and single BTC mining CRVs have this risk, and everyone should pay attention to the withdrawal.

In the context of the spread of market panic, Debank data shows that the total lock-up value (TVL) of the DeFi market dropped from 14.998 billion US dollars on October 25 to 13.890 billion US dollars today. Among the top ten projects by lock-up volume, the four projects of Harvest, Curve, YFI, and Aave have fallen by more than 10%. Among them, Harvest dropped from a locked position of US$1.119 billion to US$585 million.

According to official sources, the attacker has returned USD 2.479 million to the developer in the form of USDT and USDC, and the funds will be distributed proportionally to the depositors whose funds have been damaged through snapshots. Harvest Finance continues to tweeted that hackers would return the stolen funds, and offered a reward of $100,000 to reward the first individual or team who successfully contacted the attacker and helped return user funds.

Before the attack, DeFi analyst Chris Blec revealed the huge risks of Harvest Finance. It pointed out that Harvest Finance has a management key that allows holders to mint tokens at will and steal users’ funds. As pointed out by PeckShield and Haechi, the project’s auditing companies, its governance parameters are not set by contracts with clearly defined rules. The management key may be held by the anonymous developer behind the project. Holders can mint an unlimited number of tokens and consume funds in the Uniswap pool of tokens.

At the same time, Chris Blec also said that the project may be trying to hide its audit reports from users. Because he found:

The URL of the Peckshield and Haechi Labs audit report links is incorrect, and all content before “ https://github.com …” should be deleted.

When Chris Blec discovered the problem and tried to contact the Harvest Finance community and developers to inquire about the ownership of the management key, he also suffered a verbal attack and was banned from joining Harvest Finance’s Discord community, and was blocked on Twitter.

In the latest Twitter, the official stated that it will release an after-event report in the next 16 hours and formulate future crisis response strategies, including evaluating insurance plans and compensation strategies. Before press time, Harvest token FARM temporarily reported $101.35, a 24-hour drop of 56.7%.

Yearn merged into a panacea? One article to understand Pickle, Cream and merge with them to influence geometry Read the history of NFT in one article

Read the history of NFT in one article 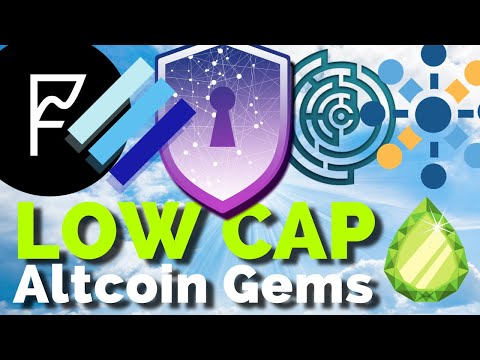