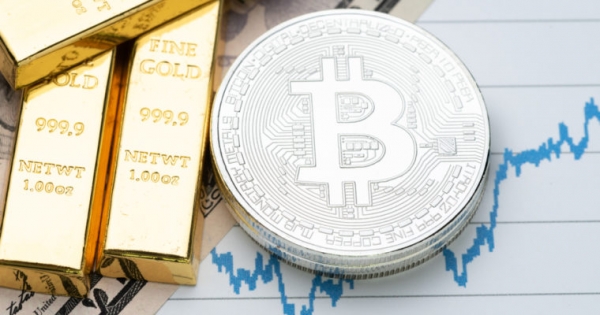 [Blockchain Today Reporter Seung-won Jeong] Ark Invest’s minimum target is estimated to be $600,000 per coin, and it seems to believe that Bitcoin will exceed the market cap of gold.

Arc Invest believes that the market capitalization of Bitcoin (BTC) is expected to exceed 10 trillion won by gently eroding the gold market, Cointelegraph cited the London Times as reported.

Analysts at Arc, led by veteran securities consultant Cathie Wood, predict that the current value of $1 trillion will rise tenfold in the future as bitcoin moves from value-added assets to mainstream financial instruments.

Bitcoin’s value doubled in January 2021 alone, up 500% during 2020. As is generally the case, the wave of Bitcoin raised all the ships in the wider cryptocurrency docks, and in the process, many ships hit new all-time highs. Currently, the global market cap is less than $2 trillion, and an increase of more than $10 trillion is not likely to be too far.

“If you look at gold in terms of a $10 trillion market capitalization, bitcoin is about 10% of that, and I think bitcoin is a 100 times better version. Then it is quite natural to say that there is a certain possibility that Bitcoin will dominate a lot of gold and market share.”

But what about the effects of Bitcoin’s future regulations? Elmandzirah’s answer was to the US Treasury Secretary Janet Yellen’s claim that Bitcoin is inefficient, unstable, and is often used for illegal activities.