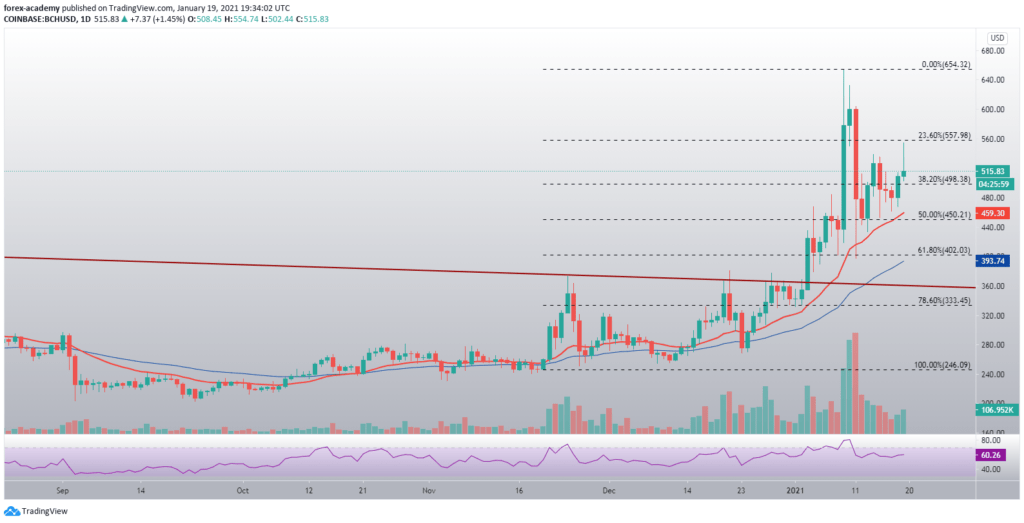 Bitcoin Cash broke its uptrend after it failed to pass the $558 level to the upside. The pullback was strong and brought its price to as low as $510. However, the cryptocurrency now faces more resistance to the upside.

Bitcoin Cash calls itself a peer-to-peer electronic cash system with the goal to become sound global money with fast and cheap payments, privacy, and very high transaction capacity (achievable by big blocks). Bitcoin Cash came to life in 2017 as a hard fork of Bitcoin after a dispute regarding scalability and block size. Unlike Bitcoin’s block size of 1MB, Bitcoin Cash currently has a block size of 32MB, with the aim to increase this number even further.

BCH’s most recent price increase came less due to fundamentals, and more due to altcoins starting to chip away Bitcoin’s market dominance in an attempt to establish a new altcoin season. On the other hand, its fundamentals are strong as well, with a couple of minor announcements regarding BCH whales coming public in recent days.

At the time of writing, Bitcoin Cash is trading for $515, representing a 46.53% month-over-month gain. Bitcoin Cash is currently the 8th largest cryptocurrency by market capitalization, boasting a value of $9.68 billion.

Bitcoin Cash has briefly passed its strong overhead resistance near the $530 level. While the price entered double-digit gains territory today, the cryptocurrency started retracing and fell below the $530 levels once again. We can also think of today’s move as a fake breakout of a triangle formation formed on the daily time-frame.

If BCH manages to break the $530 mark with confidence and confirm its position above it, the price has a strong chance of continuing upwards and reaching $580 levels. On the other hand, if we take the descending volume and failed breakout into account, the more likely scenario is a retest of the 38.2% Fib retracement level, sitting at just below $500.

Bitcoin Cash’s daily RSI has left the overbought area, but is still hovering near it, with its value currently sitting at 60.26.

BCH’s hourly time-frame shows us today’s uptrend which broke the overhead resistance at $530 and headed towards the $558 level. However, with bulls reaching exhaustion before even reaching the target level, BCH started retracing heavily, and fell below the 21-hour EMA. Its price is currently right below the aforementioned EMA, and doesn’t seem to be able to break it.

Bitcoin Cash’s immediate position will be broken by BCH either pushing above the 21-hour EMA or testing and falling below the 50-hour EMA, and then heading towards the $500 level. Coinbase will start an IPO, what information is revealed in its listing application form? 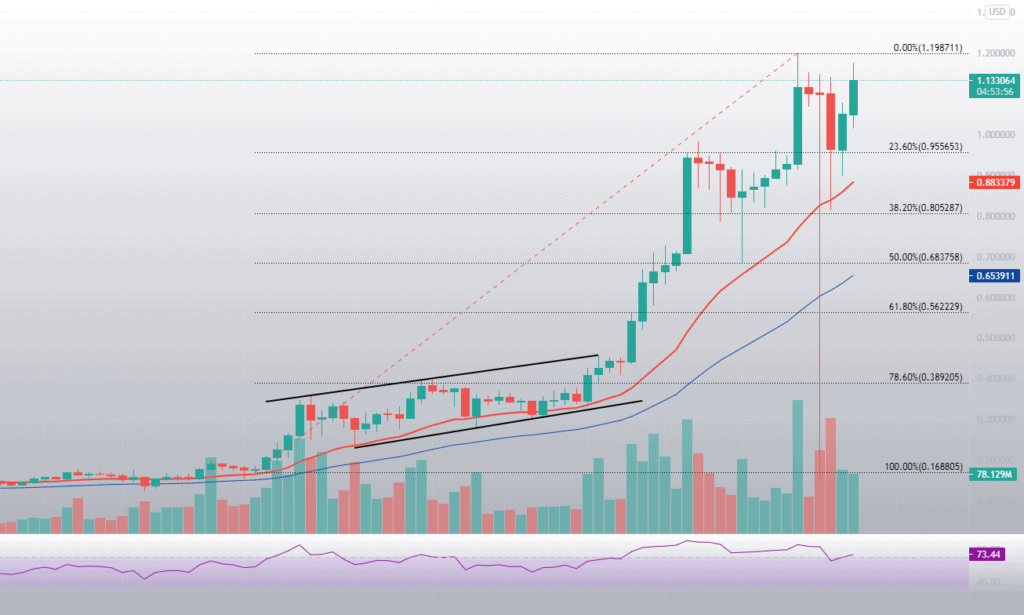 Cardano (ADA) pushes towards its all-time high: Here’s what to expect