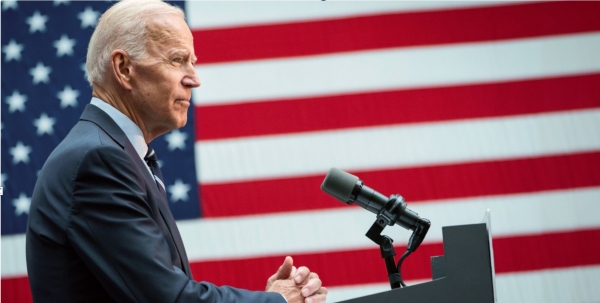 [Blockchain Today Reporter Ji-Hye Han] The Biden administration has rejected a $1.9 trillion-dollar Corona 19 relief plan. This decision seems to have an impact on Bitcoin as well. This is because the Fed is expected to take action once again.

President Joe Biden and Treasury Secretary Janet Yellen rejected Republican relief. Recently, the Republican Party proposed to the Biden administration a plan to provide $618 billion in aid to US families and businesses struggling with COVID-19. The scale of the bailout was less than the market capitalization of Bitcoin. President Biden’s refusal was that it was not large enough to stimulate the US economy in a pandemic situation.

Senator Chuck Schumer pointed out that the size of the existing Republican party is too small to cope with the current crisis. In response to the Republican Party’s $618 billion proposal, he said, “if the relief is small, the aftermath of Corona-19 will continue for a long time.

On the same day, in the House of Representatives, a vote of 216-210 was passed by Democrats to renegotiate a relief proposal. The currency issued by the Fed in 2020 is unprecedented in 200 years of American history. The U.S. debt is around $28 trillion. The debt-to-GDP ratio is 130%, the largest in US history.

Some hypothesized that the Fed’s currency issuance would ultimately benefit Bitcoin. It is that uncertainty and doubts about the US dollar will increase. Tyler Winkleboss, co-founder and CEO of the Gemini cryptocurrency exchange, mentioned earlier that “the price of bitcoin rose when the Fed printed money.”

President Biden’s bailout bill fell significantly from $2 trillion in early January. The assumption that an effort to stimulate the U.S. economy will increase the price of bitcoin is an assumption. However, there is something to note. After the Corona 19 pandemic, the value of the coin has increased by almost 700%.