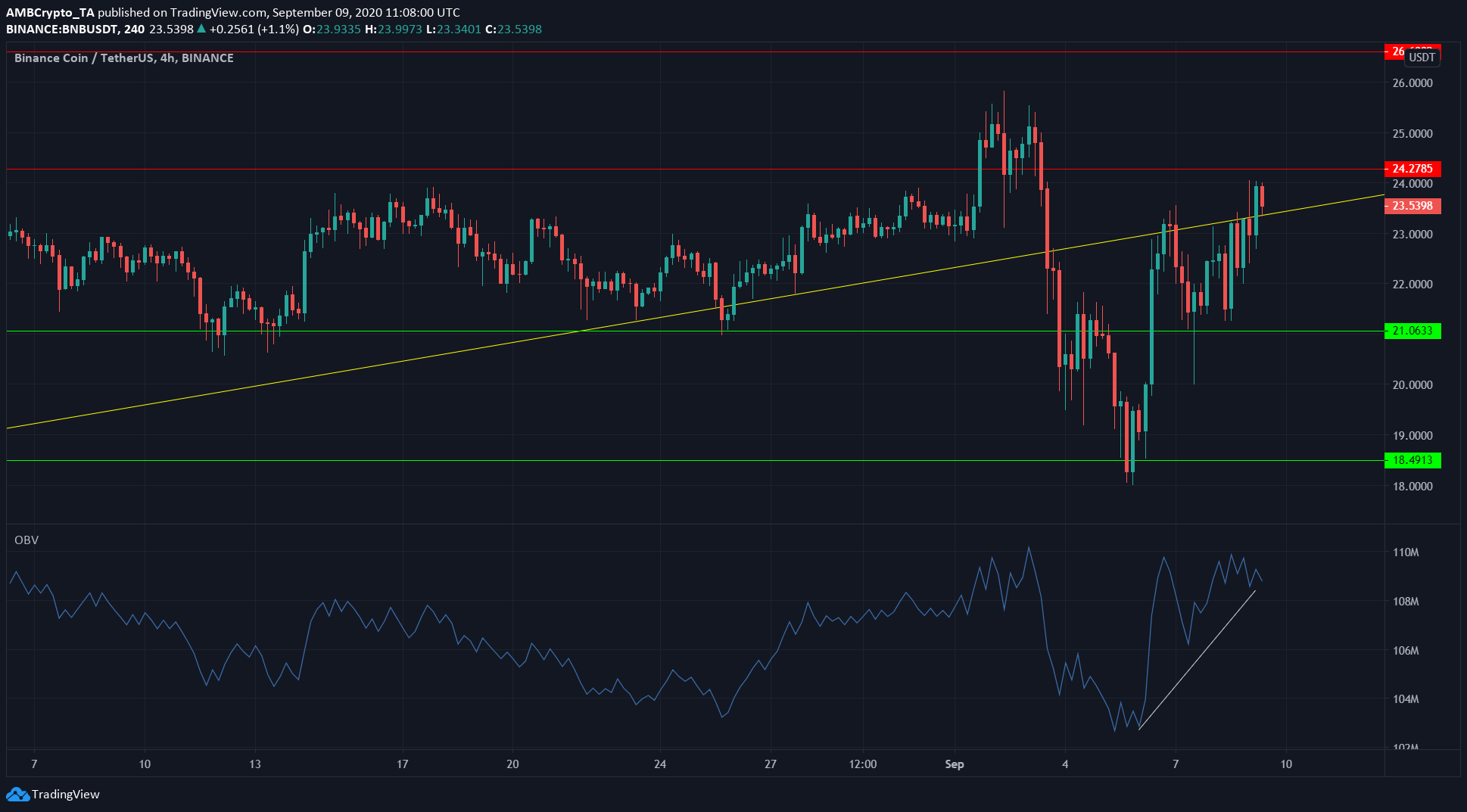 Binance Coin, Tron, and Cosmos were some of the major altcoins that showed signals of an end to the bearish pressure. Much of the altcoin market continued to see red, as Bitcoin defended $10,000 and Ethereum oscillated between $330 and $360 range. Tron in particular could be swept upward to new highs as Sun Genesis Mining picks up pace, and Binance Coin could see further upside as the launch of Binance Launchpool could drive demand for BNB.

Binance Coin moved back above the trendline (yellow) that denoted its uptrend from the beginning of July, after dropping beneath the trendline during its recent drop.

The next level of resistance for BNB is at the $24.2 zone, while support lay at the $21 region.

Binance, the exchange whose token is Binance Coin, unveiled the Launchpool, which Binance claim is a “secure way to farm new assets”. Coupled with reports that Binance Coin could be undervalued, there could be considerable upside potential for BNB in the coming weeks.

The Fibonacci Retracement tool highlighted some important levels for TRX. At the time of writing, the price had reclaimed the 50% retracement level and was moving upward. The next important level lies at $0.037.

In related news, Justin Sun tweeted that the distribution of the $SUN token will be taking place earlier than planned.

ATOM was also retracing the strong gains it made in August. At the time of writing, it was valued at $5.187. Resistance levels to the upside were highlighted by the Fibonacci Retracement tool, with the next resistance at $5,4 and another at $6.1 zone.

Price surged past the 70.5% retracement, a level some investors use as an optimal trade entry zone to buy assets that could be on the verge of another strong uptrend. 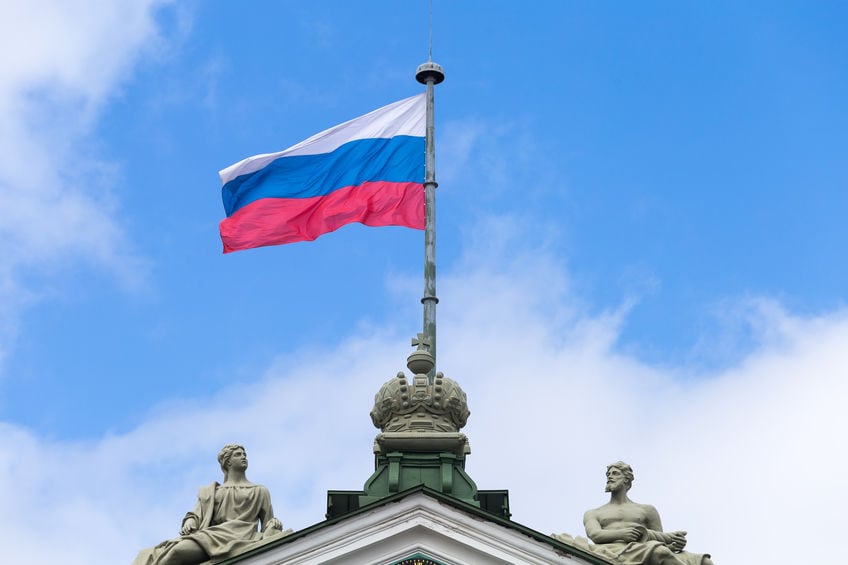 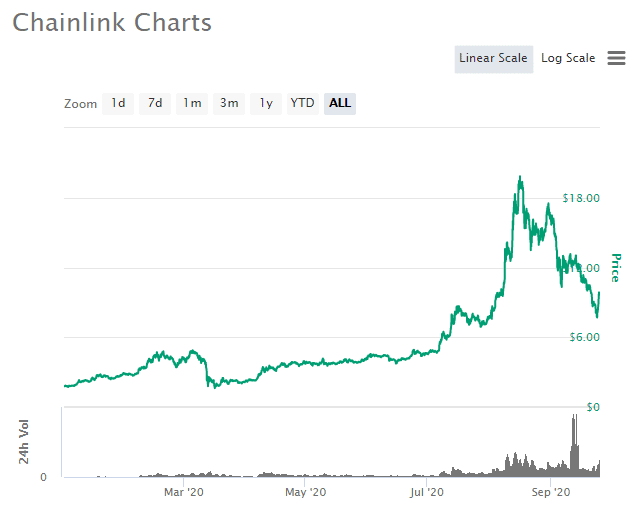 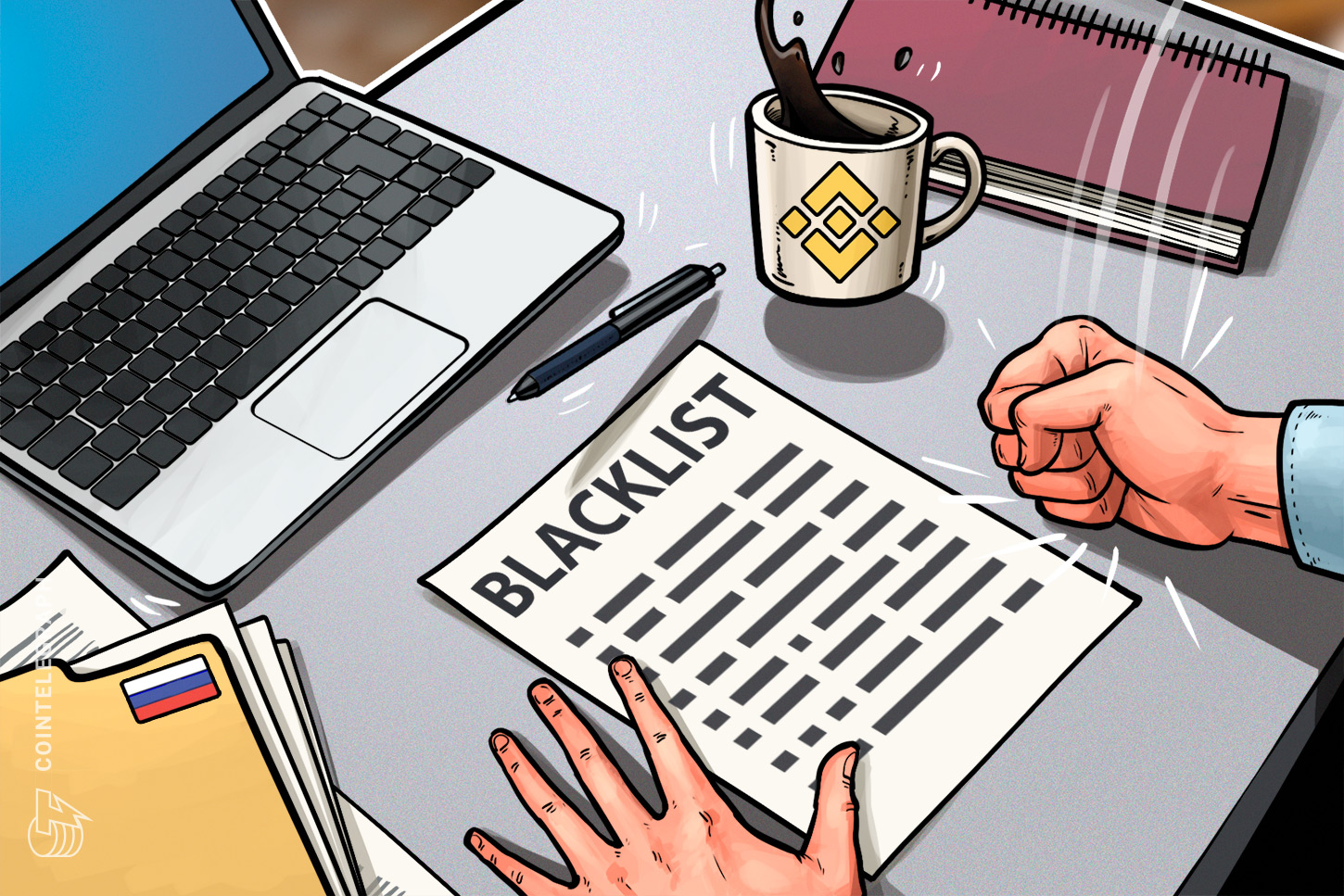