Bitcoin’s price has been tumbling lower ever since it touched the yearly peak of $12,473 on 17 August. This sudden boost in the price of the largest digital asset garnered the attention of traders who were busy dealing in altcoins while BTC was in a consolidation phase. The Bitcoin futures open interest was sitting at an all-time high of $5 billion which translated into a higher open position in the BTC futures market, despite a slow week. 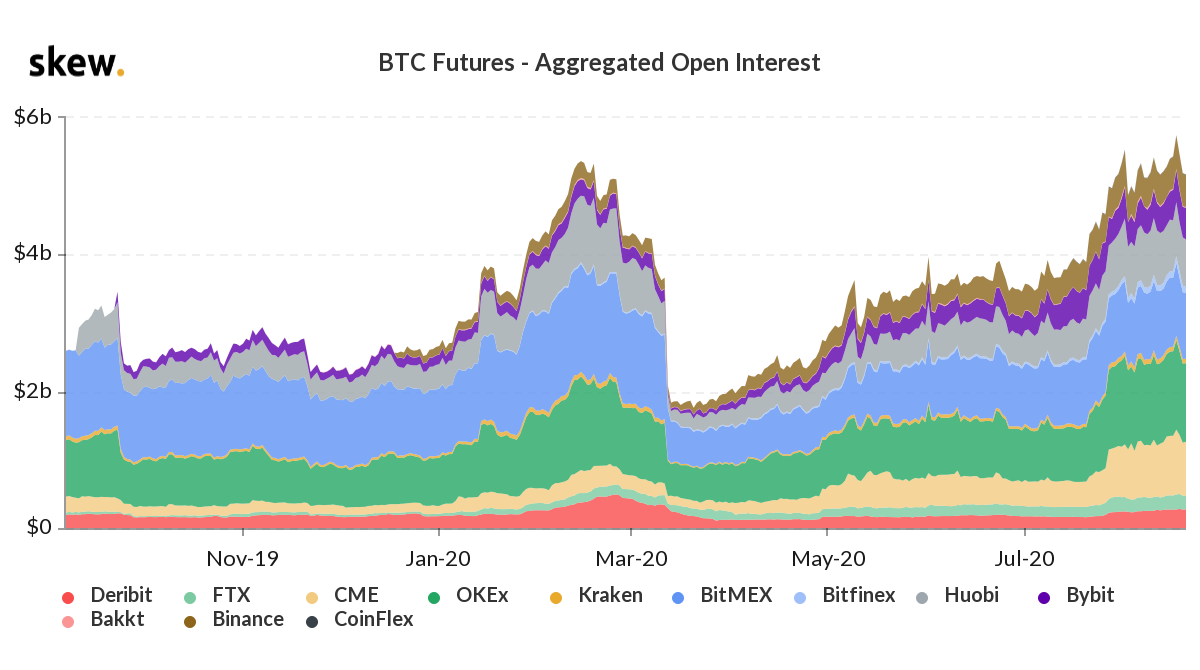 Despite an active retail market, the institutional interest in the BTC market has been dipping over the past couple of days. According to data provider, Skew the institutional investors were currently moving away from the Bitcoin futures contract as highlighted by the falling open interest on Bakkt.  On 3 August the OI on the platform reached a peak of $27 million and currently it was marked at $9.9 million. On the other side, the Chicago Mercantile Exchange [CME] also noted reduced open positions from its ATH of $948 million to $789 million. 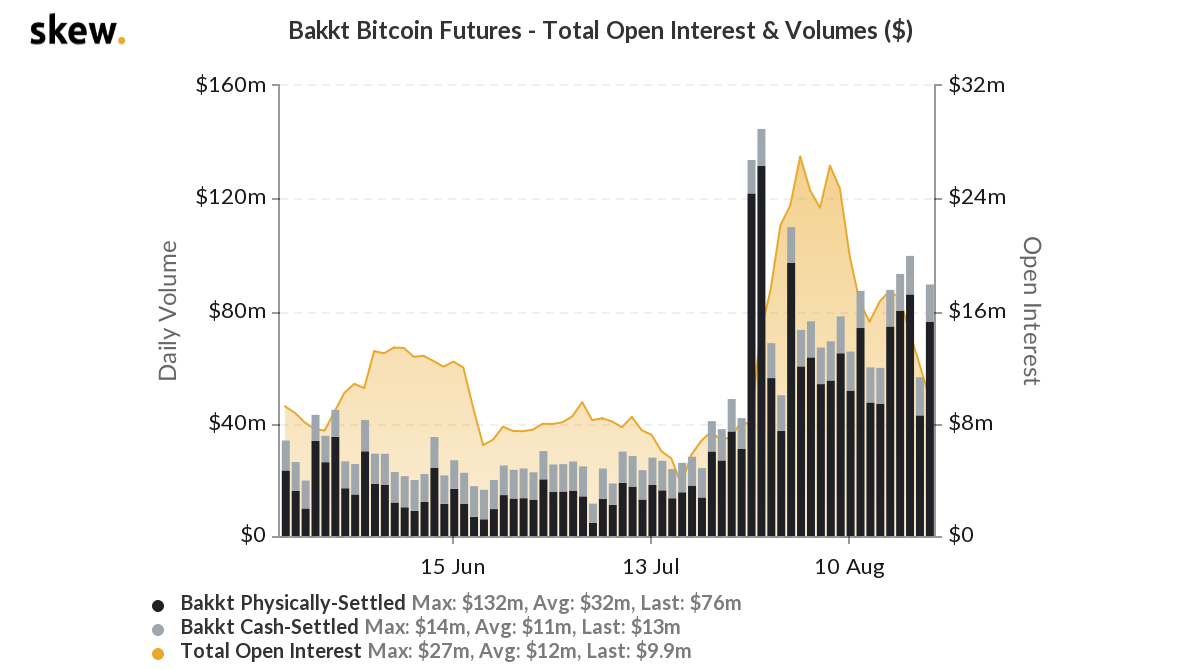 This falling interest was becoming visible even in the BTC options market. The Put/Call ratio was 0.72 on 20 August, ahead of expiry on 21 August. This was considered a bearish sign, as the high value of the Put/Call ratio indicated traders were buying puts as insurance against a market decline or as a directional bet. 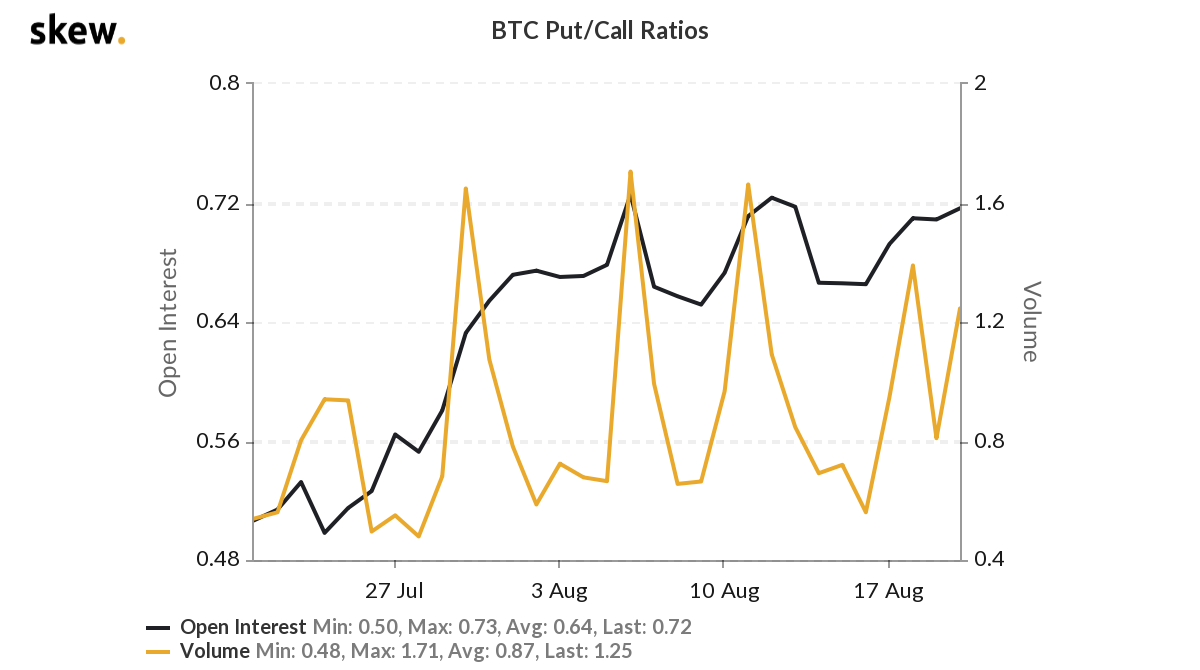 While the BTC Options Open Interest by Expiry indicated close to 15.9k BTC options contracts expiring on Friday. However, this wasn’t the highest expiry marked on the charts. The expiry taking place on 28 August accounted for 57.8k BTC, while close to 51k BTC contracts were to expire on 25 September. This expiry along with the Put/Call ratio indicated that there could be a brief bearishness in the market after the expiry of 15.9K BTC, as the institutional interest also returns. 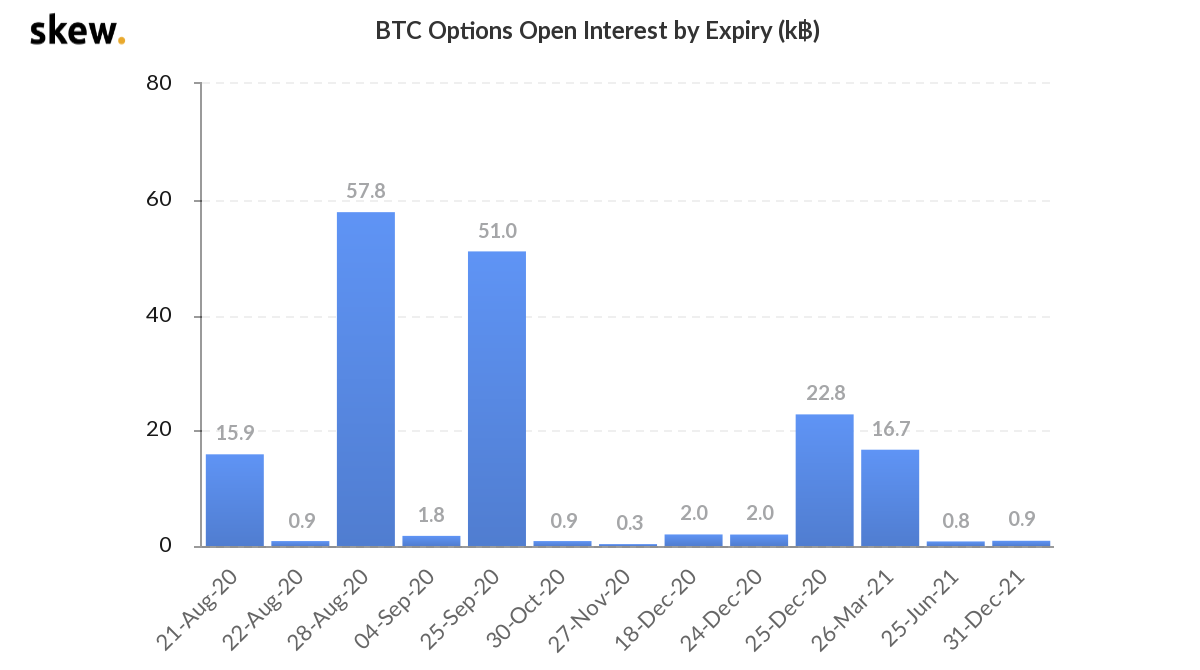 The sentiment of “Extreme Greed” remained prevalent in the market, now for the longest period. Historically, the level has resulted in the price of BTC to dip and as the price has been collapsing, the expiration will provide more clarity for the traders.

READ  KPMG survey: 67% of corporates are not using blockchain technology

How to build a qualified decentralized community?