Since it was created, Bitcoin’s aim has always been to prove traditional finance wrong. Now, it seems like this aim is being fulfilled. With every passing day, Bitcoin’s price is either holding firm, surging ahead, or surviving a fallout. Its price performance over the past 3 months is a testament to the same, and this very price performance is giving many in the upper echelons of banking and finance second thoughts on the cryptocurrency.

As things stand, Bitcoin is trading over $11,500, its highest price point since August 2019, up over 70 percent year-to-date, having recouped over 200 percent since it fell to $3,800 in March 2020. An incredible turnaround, to say the least. Given this quarterly, half-yearly, and post-halving performance, institutional investors seem to be changing their tune to the crypto.

Data from the Chicago Mercantile Exchange’s [CME] Bitcoin Futures, which traded on average over 8,900 contracts a day [each contract representing 5 BTC] this past week, suggests that “smart money” is in the wrong. According to a recent report by Ecoinmetrics, retail traders are in the right, outdoing their institutional counterparts on the trajectory of Bitcoin’s price. 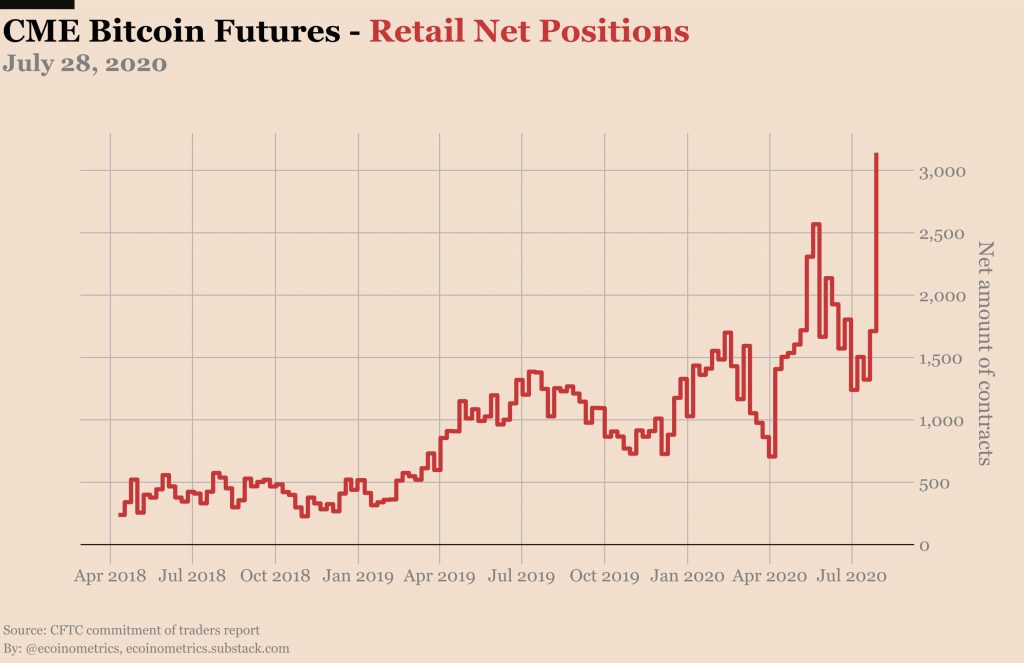 “After the breakout retail investors added more than 1,000 contracts of net long positions.”

It should be noted that while ‘smart money’ investors are adding long positions, they are not ‘net long.’ The report clearly states that smart money is ‘not net long positions,’ because in terms of net positions, “smart money continues to be short around the same levels.”

As stated previously, given the price trend and the positions change, it would be retail investors who are in the right and ‘smart money‘ who are in the wrong. However, this change from long to short by the latter is not a streamlined straightforward move. In fact, there is indecision in the camp. 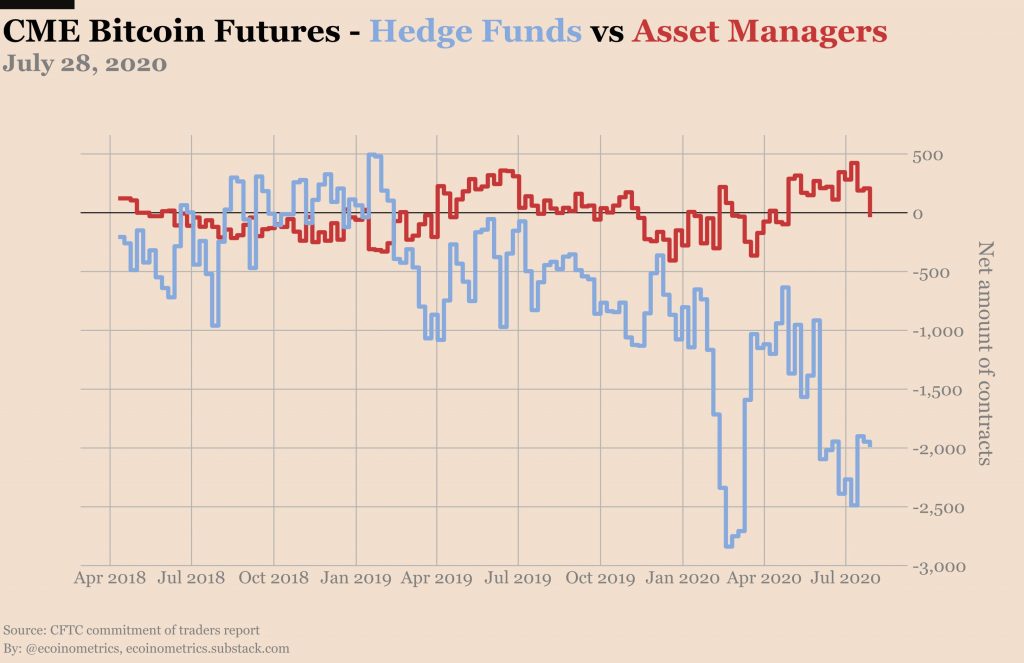 The report breaks up the ‘smart money’ crowd into macro-trend players and hedge funds. The former have been net long on Bitcoin Futures since January when Bitcoin exhibited gold-like movements, increasing in price during the Iran-U.S clash. The report likened this to the “Paul Tudor Jones strategy” of betting on the “fastest horse.”

As far as hedge funds go, they are estimated to be the net short source, with an aim to harvest premiums on Futures contracts, while allowing exposure to BTC. The report read,

“They [hedge funds] are likely to be the source of this net short positioning on the Bitcoin futures. Their strategy is most likely a variant of cash and carry. They somehow get an exposure to physical BTC and at the same time sell the futures to harvest the premium.”

With Bitcoin’s price rising, open interests increasing by 20 percent in the past few weeks, and retail traders taking the lead in a largely institutional market, ‘smart money’ has been proven wrong by the cryptocurrency. The question remains, is there still time for them to switch their tune, and more importantly, will they?

Blockcast.cc Interviews Michael McMath, CEO of TrapCardz “Our aim is to become the first NFT generator on the Binance Smart Chain & Ethereum Blockchain.”