Bitcoin‘s price broke out of its stagnant market trend and surpassed its immediate resistance at $10k a few days back. Since then, BTC hasn’t looked back, with the value of the cryptocurrency surging to breach its resistance at $11,400 while reporting a 2020 peak of $11,600. At press time, the world’s largest cryptocurrency had managed to hold on to this level and was being traded at $11,620. With a performance like this, many analysts online have started speculating on whether this is the beginning of another bull run in the crypto-market. 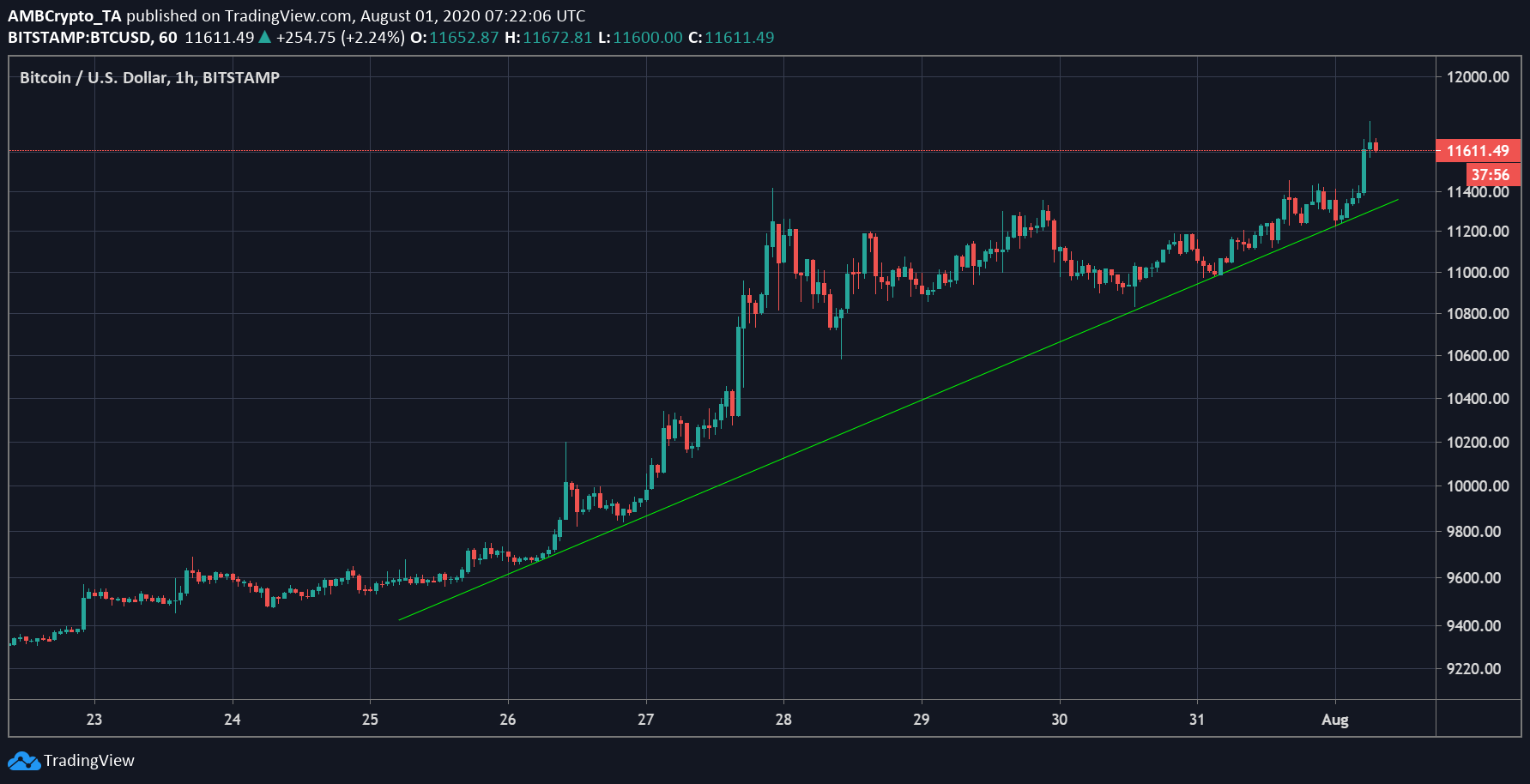 Popular analyst Willy Woo is one of them, with Woo having predicted the arrival of a new bull run almost a month ago. Fast forward to July, Bitcoin’s price has broken out of the $9k range and at the time of writing, was around the $11k-mark. However, looking at the price alone gives an incomplete picture as according to on-chain indicators, the bulls in the market are fueling for a ride north.

The two important metrics that are now highlighting the ignition of this bull run are Bitcoin’s mempool and its Relative Strength Index [RSI]. Starting with the latter, the RSI suggested that the main bull market could begin in the fourth quarter as the compression of the RSI was ending and expansion could typify the main bull run season.

Further, as per the chart attached above, the bull run had been taking shape before the market collapse in March. However, as the market coped from the impact of COVID-19 and the much-anticipated halving, a new bullish phase began to take shape. According to Woo, the said rally may go all the way into 2021 and could close near the previous ATH noted by Bitcoin.

That’s not all, however. The mempool, which is the network queue for unprocessed transactions, has also been foraying into the bullish territory on the charts.

Bitcoin’s mempool by transaction count has been reporting an ATH in the macrocycle, while the blocks are also being filled to an all-time high. While there has been congestion on peak trading days, this is a positive sign for Bitcoin and the network as more and more traders can be seen participating.

As the RSI and mempool paint a bullish picture for Bitcoin, miners’ capitulation has also been ceasing. The miners’ hodling remains strong and is another indicator for the approaching bull run. The Futures market may risk some pullbacks due to high funding rates, but the overall sentiment of the market will likely continue to improve.