Bitcoin has long been touted as an uncorrelated asset among many things. However, this narrative seemed to have been questioned after enduring the brunt of the pandemic. Since then, stocks have risen, fallen, and are hitting new levels but the same cannot be said for Bitcoin. 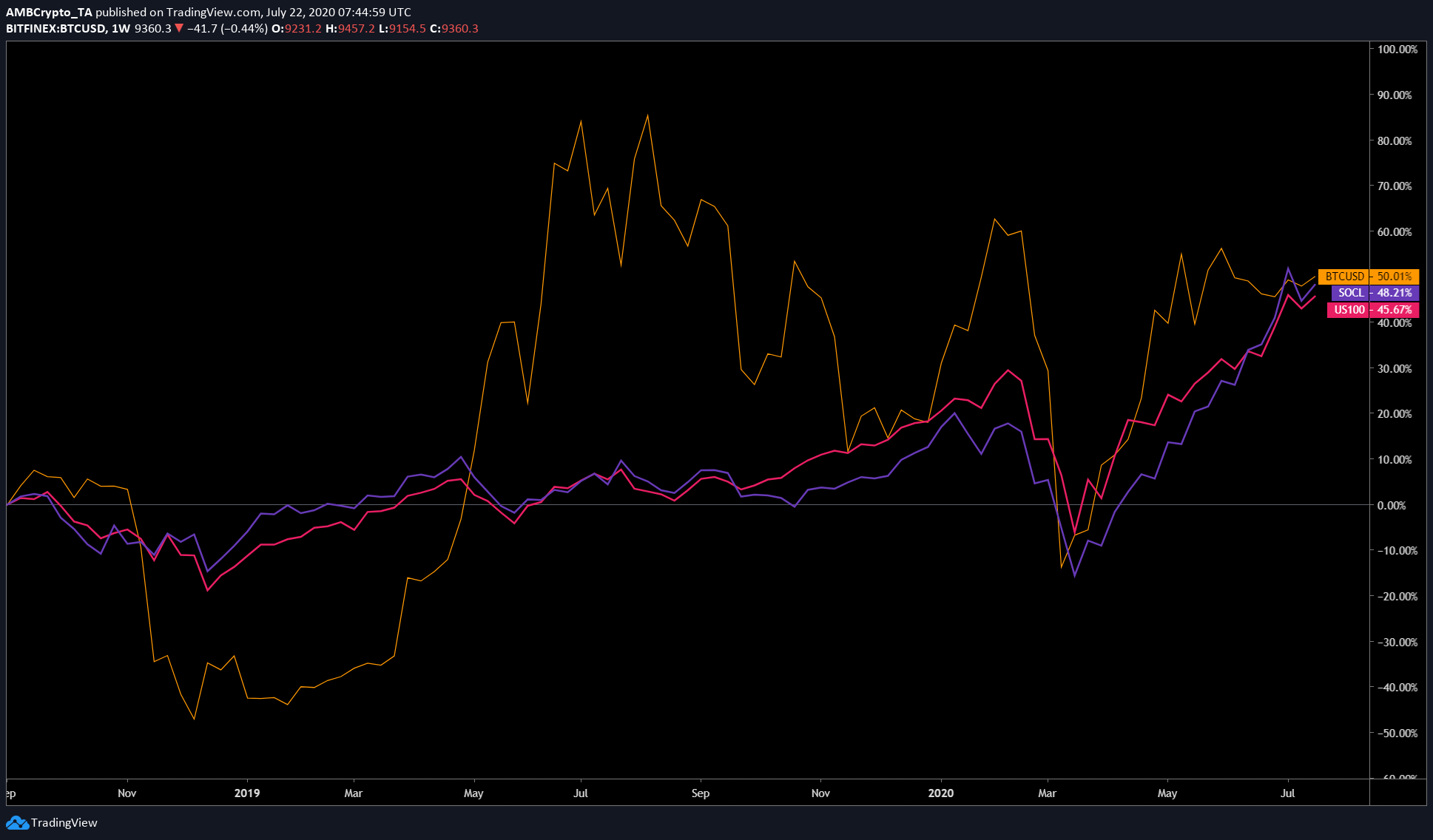 The chart considers the price performance of Bitcoin, tech, and social media since September 2018. Clearly, all of these have nearly the same performance of about 50%. This is despite the 50% drop in Bitcoin’s price in November 2018 when the hash wars caused Bitcoin cash to split into Bitcoin ABC and Bitcoin SV.

Additionally, while tech and social media have slowly risen up, Bitcoin underperformed and over-performed with regard to its competition. At press time, it still outperforms its competition, even though it is by a small margin.

The weekly newsletter by ByteTree stated that bitcoin is now less risky than Nasdaq due to its ultra-low volatility.

Additionally, the newsletter further explained that the crash in November 2018 coincided with the peak US real interest rates (10-year yield less than the expected rate of inflation). Further mentioning that tech wobbled during this time as falling real rates are supposed to be bad news for growth assets [like tech].

When comparing the velocity of Bitcoin and tech, it can be observed that both alternate and can be used to strategize buying/selling to maximize profits. According to the newsletter, selling Bitcoin when volatility hit 100 would be the best play and alternatively buying Bitcoin whenever this relationship has fallen below zero.

Although bitcoin clearly outperforms both tech and social, it can be concluded that alternating between the two would yield a better RoI.