Last week, when Arcane Research reported that the number of Bitcoin transactions going up was not met by high transaction fees on-chain, people shifted their attention to SegWit. It was soon found that SegWit usage in 2020 is becoming popular again and 65 percent of the transactions are using digital signatures.

It was a monumental development considering the scalability issues facing Bitcoin were being dealt on Bitcoin itself, without the help of other off-chain solutions that were coming into the picture.

However, a certain ERC20 token backed 1:1 by BTC is ruffling its feathers again. 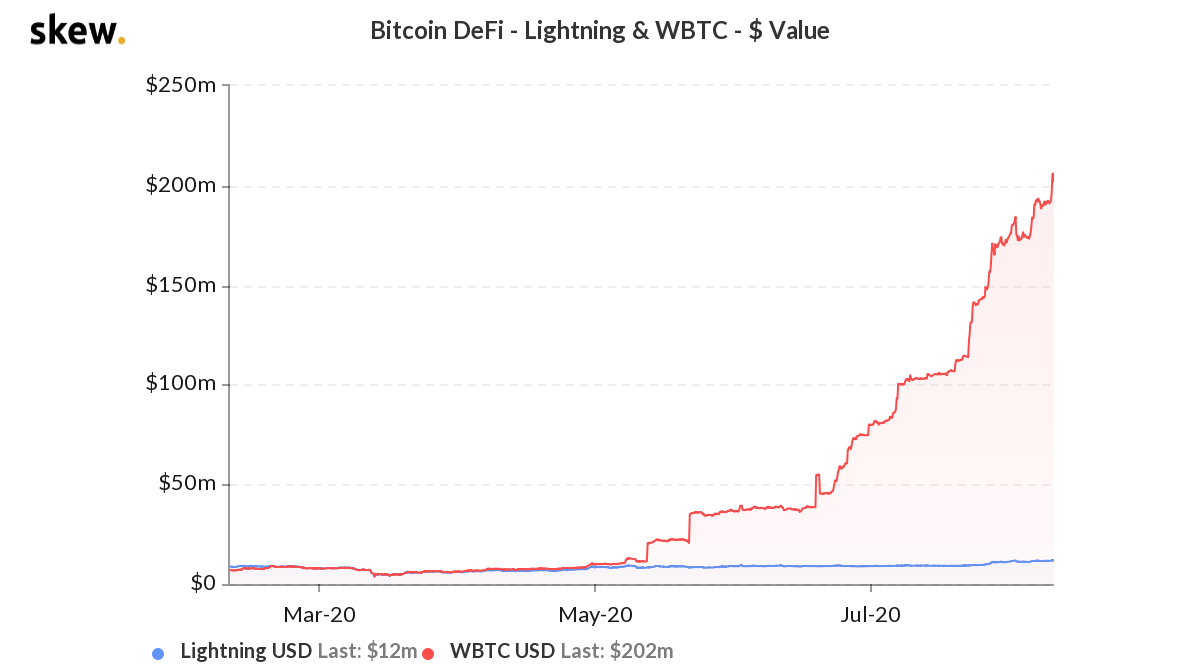 In the past 4 months, however, WBTC has taken a resounding lead, a development that brings back the initial argument of whether Bitcoin on Ethereum is proving to be a better scaling solution.

There is no debate regarding the interest in WBTC. In fact, the interest was there in SegWit transactions as well. 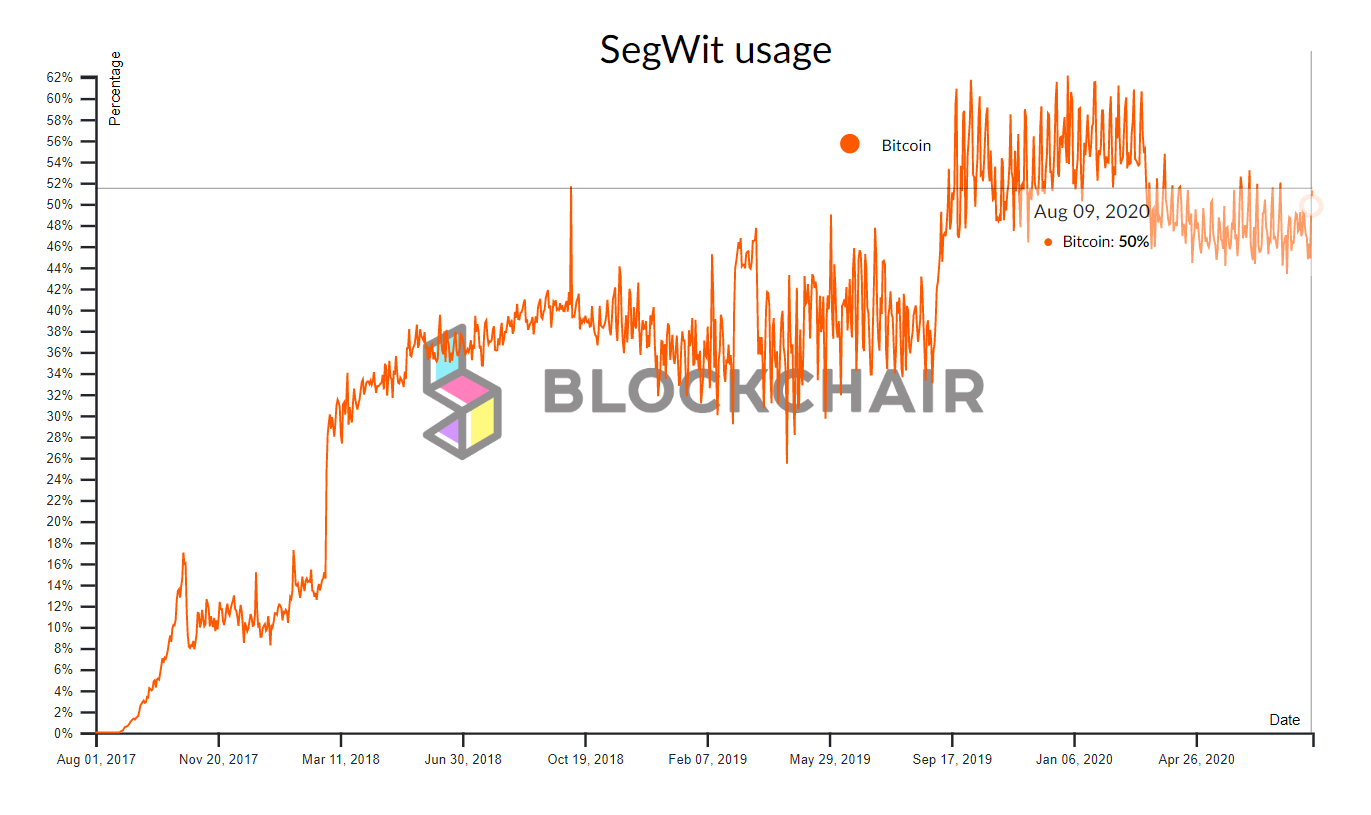 According to data from Blockchair, as on 9 August 2020, 50% of the transactions were facilitating SegWit usage – a positive sign. However, it is important to note that SegWit usage has been higher, much higher in the past.

Hence, in terms of performance, it hasn’t exactly been groundbreaking for the on-chain solution.

On the other hand, Bitcoins locked in WBTC were 16,806.72 at the time of writing, an astonishingly high number considering it was only about 500 BTC in April 2020.

In simpler terms, for every 2 steps forward Segwit took in terms of development, WBTC has been taking 20 steps ahead.

So, what does the future hold for both of them?

Their functionality is the polar opposite.

Segwit transactions are on-chain. Hence, it is a decentralized method of execution and the fact that it resides with the Bitcoin network is less complex.

For WBTC, centralization screams from all sides of the structure as BitGo handles the initial custody of the tokens whereas Kyber and Ren release their BTC holdings to supply the initial liquidity. Therefore, third parties are definitely present here.

The challenge for SegWit remains the same – To simply outperform WBTC in terms of capabilities. However, with WBTC practically obliterating Bitcoin’s off-chain solution left, right, and center, it is a big ask for SegWit to overcome the WBTC growth.

Only time will tell how Bitcoin’s on-chain solution will hold up against a foreign entity, rapidly proving to be “better.”