The cryptocurrency exchanges have witnessed stagnant spot trading while an active derivatives market is booming. Despite being a part of a brief crypto winter, the derivatives market indicated that many users were in it for the long haul and were holding large sums of Bitcoin and other major cryptos. In the second quarter of 2020, the market-wide open interest increased by 111%.

The OI was noted to be around $2.62 billion at the beginning of April and surged to $5.25 billion at the end of June, as per data provided by TokenInsight. This rising value of OI suggested that investors had a longer holding period, indicating patience evolving in the market.

As per the report’s findings, from April to May 2020 there was a tough competition between BitMEX and OKEx. BitMEX’s OI valued $769.9 million on an average, while OKEx’s average value was around $773.4 million. However, BitMEX took the lead in June as its holdings rose with an average value of $1019.2 million during the month. OKEx also noticed an increase but was limited to an average daily holding of $883.8 million. 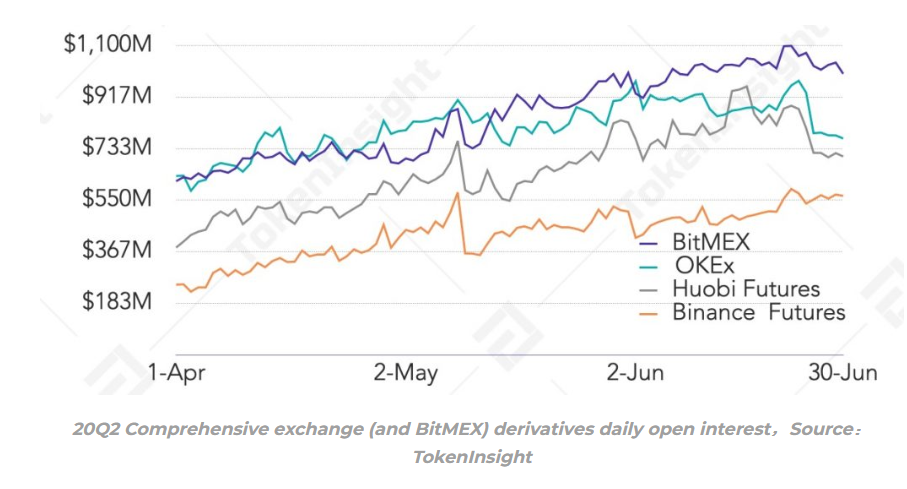 As the quarter ended, the average value of BitMEX’s holdings was 39% ahead of the average of large comprehensive exchanges [$731.6 million]. TokenInsights noted that this was an indication of most large accounts trading mainly on BitMEX.

The contract share among the derivatives contracts was led by Bitcoin, which accounted for 82% of the total market share. This was a 4% increase compared to its previous quarter. Whereas ETH and EOS contracts tied for one percent increase each since Q1. The volume of the three major contracts, BTC, ETH, and EOS, increased 5% since Q1 and reached 95%. 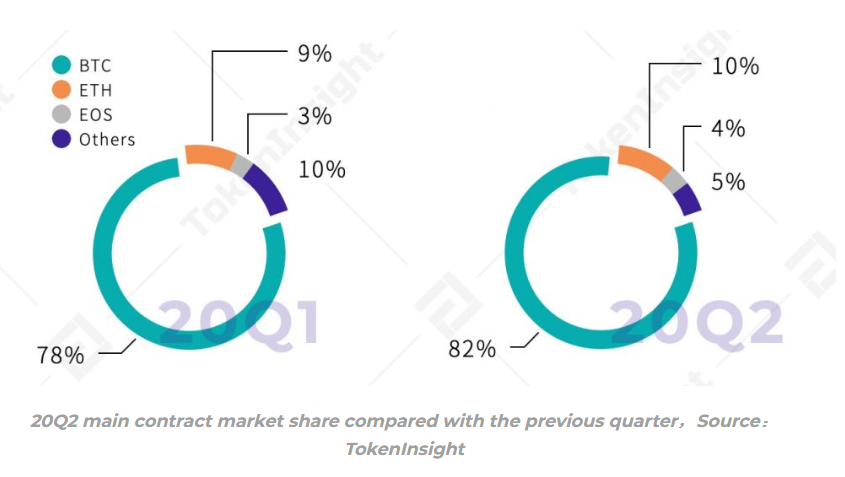 The third quarter of 2020 has been expecting the resurgence of interest not only in the derivatives market but also in the spot. As the Bitcoin market gains more traction, the Ethereum futures OI has been witnessing a breakout as per data provider skew and hit the highest level of $343.642, since August.

READ  Charted: Ripple (XRP) Signaling Bullish Breakout, Why It Could Surge To $0.55