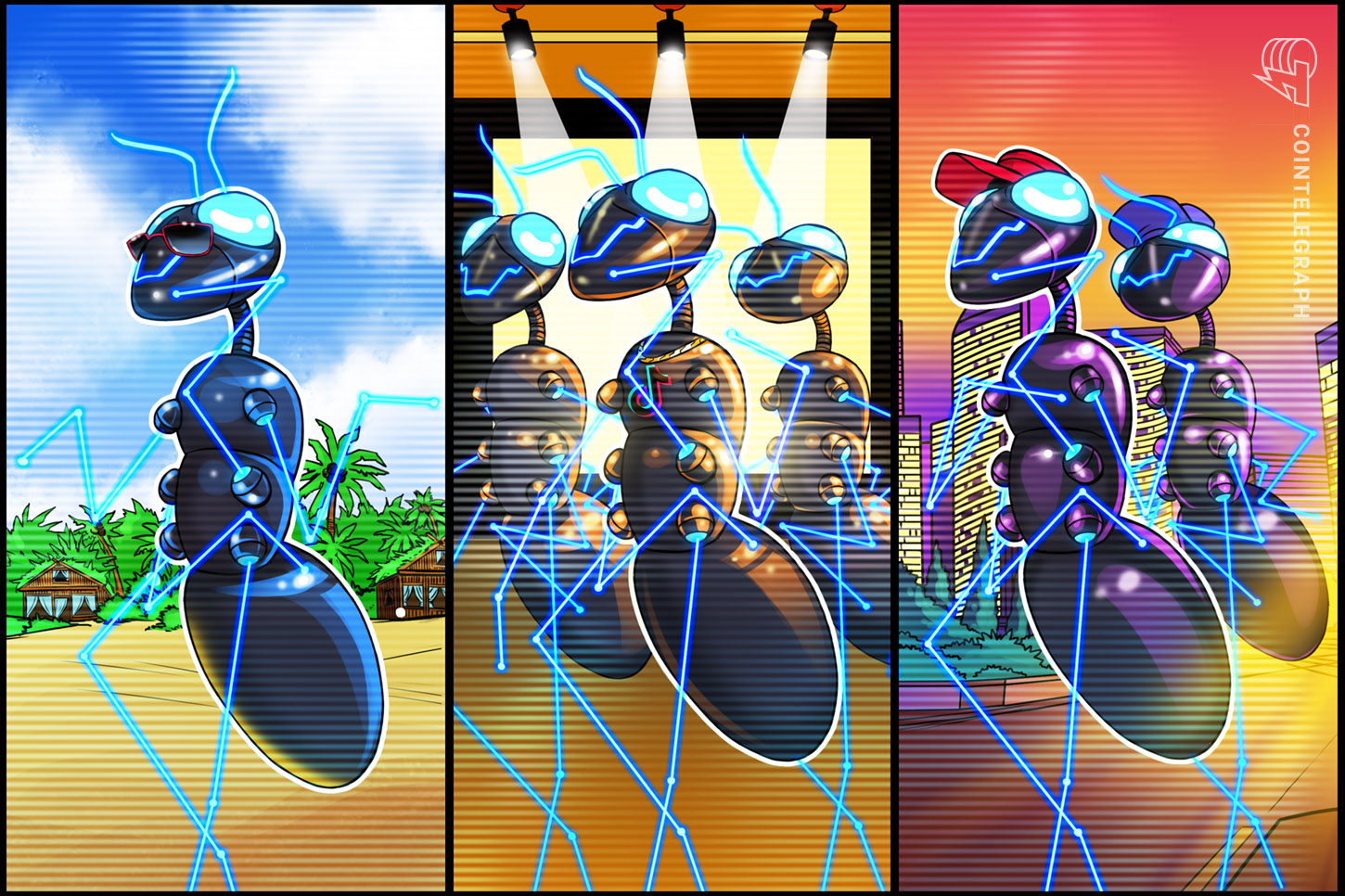 Chinese content generation platform TikTok, a video-sharing app that has been called the fastest-growing social networking service in history, has been in the spotlight since early 2019 and now surpasses 800 million users. Despite the fact that the app’s data security breaches are raising controversy worldwide, more and more young people are using it as the go-to social media for the new generation, with a reported 69% of TikTok’s global audience being between the ages of 16 and 24.

Despite its overwhelming success and rapidly growing user base, the truth behind the worldwide sensation is that “the new Instagram” is hardly profitable. One of the key reasons behind it is IT infrastructure costs — and blockchain might have the solution.

Currently, the majority of content creation and short-video platforms like TikTok have a lot of expenses and two major revenue streams: advertising and e-commerce. The latter is only popular in China. TikTok’s parent company, ByteDance, was able to pull off billions of dollars in profit due to its smooth integration with all major e-commerce platforms in China. When it comes to the ad revenue model, it has proven to be efficient in the United States by Google-owned YouTube and Amazon-owned Twitch, which leverage the ad optimization algorithms of their parent companies.

Both YouTube and Twitch are also utilizing the idle servers of Google Cloud or Amazon Web Services. This makes them an exception among similar platforms that have to pay millions of dollars for bandwidth and data storage, which are the main expenses for any video content generation platform. YouTube, especially, has been leveraging Google peering for almost free bandwidth. This is especially relevant for companies in China where bandwidth costs are very high due to the fact that the majority of data centers belong to state-owned telecommunications companies.

As more and more users look for high-quality videos in 4K resolution and at 60 frames per second, servers and user acquisition costs for user-generated content platforms grow exponentially. Back in 2011, Tudou — the “Chinese YouTube” — reported in a financial statement that its bandwidth expenses were $28.6 million U.S. dollars, which accounted for 42.1% of its cost of revenue. With 227 million monthly unique visitors at the end of 2011, that equates to 7.9 unique visitors per month per dollar spent on bandwidth. Nearly a decade later, Bilibili — another Chinese counterpart of YouTube — reported in its 2019 annual financial statement that it spent $132 million on servers and bandwidth and had 130 million active monthly users, meaning it had only slightly less than one monthly user per dollar spent. Both companies, as well as “Chinese Instagram” Kwai, are currently having a very hard time turning a profit.

TikTok, with its 800 million monthly active users uploading millions of videos on a daily basis —  500 million users within China and 300 million elsewhere — takes this issue to a whole new level. With an estimated data consumption of around 6.9 exabytes (over 7,000,000 terabytes), it would have to spend roughly $8 million just for content delivery infrastructure per month, according to software development company Trembit. With its monetization strategy still not figured out, such breakneck costs can be a huge obstacle on TikTok’s way to profitability.

Decentralized storage as the solution

Today, the cloud computing market, which is estimated to be worth $364 billion by 2022, is the primary solution for large data storage around the world. It is largely dominated by public clouds such as Amazon Web Services, Microsoft Azure and Google Cloud Platform that store their clients’ data in their own data centers.

At the same time, according to research conducted by McKinsey & Company in 2008 and by a researcher at Stanford and a partner of Anthesis Group in 2015, 30% of servers in data centers around the world are “functionally dead,” which means they are active and available but have not been used in six months or more. This infrastructure is still consuming power, which means a continuous drain for its owners.

Just imagine if TikTok was able to use these idle servers to store its video content around the world — at a much lower cost than any public cloud. This is exactly what computing on the blockchain enables.

Decentralized computing aims at using idle servers to store user data that is broken into smaller chunks and immutably stored across multiple nodes on a peer-to-peer network of providers, which can make money on otherwise loss-making servers.

This allows for much lower storage costs for end users compared with the notoriously expensive Amazon Web Services and other public clouds. On top of that, using existing hardware limits one’s carbon footprint, which makes it the most ecologically sound solution for cloud computing.

Sooner or later, we can expect enterprise distribution of some Web 3.0 storage networks. Not only will these networks solve high storage cost issues, but they will also provide content distribution network services similar to Cloudflare.

If hundreds of thousands of nodes are distributed across all the major metropolitan areas, we will see people and companies gaining quicker and cheaper access to content in the form of photos, audios and videos.

In the case of TikTok and Bilibili, utilizing such a network could really give the platforms a boost to potentially turn profitable and be closer to their users — and become a game-changer for the entire content generation industry.

What’s next for the industry

Before becoming a recognized alternative to popular public clouds and the choice of giants with hundreds of millions of users like TikTok, a “decentralized Amazon Web Services” needs a viable industry use case. Decentralized hosting and management of blockchain nodes — the equivalent of a platform-as-a-service solution on top of public clouds — is one of them.

Enabling the deployment of thousands of decentralized storage nodes at 100 times the speed, this technology takes away substantial hours and costs from businesses and developers — showing the benefits of blockchain in cloud infrastructure and driving adoption across various industries.

See also  Report: By 2030, blockchain can increase global GDP by 1.76 trillion US dollars

The views, thoughts and opinions expressed here are the author’s alone and do not necessarily reflect or represent the views and opinions of Cointelegraph.

Chandler Song is the co-founder and CEO of Ankr Network, a Web 3.0 infrastructure company based in San Francisco, and a Forbes “30 Under 30” laureate. He previously worked as an engineer at Amazon Web Services.