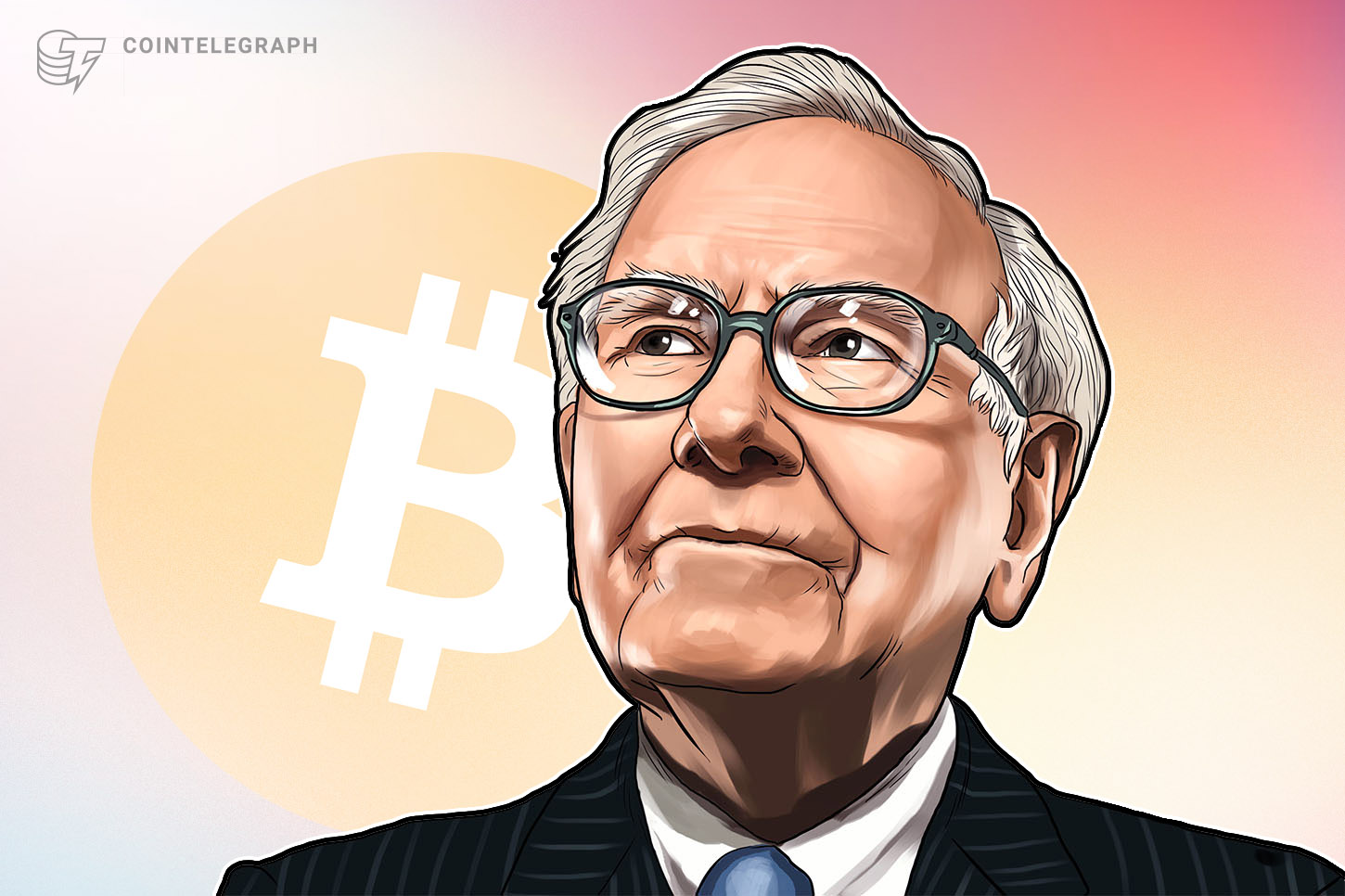 In a tweet shared on Aug. 15, Williams pointed out some of the most recent investment decisions of the American billionaire and predicted that he will end up buying Bitcoin.

Williams was referring to the most recent changes to the portfolio of Berkshire Hathaway, where Buffett is chairman and CEO. Fortune reported on Aug. 14 that the firm sold bank stocks alongside airline stocks and bought Barrick Gold, a Canada-based mining company whose stock price is correlated with that of gold.

Berkshire Hathaway sold Goldman Sachs stock, alongside cutting its position in JPMorgan Chase by 61% and selling some of its Wells Fargo and PNC holdings. The report suggests that Buffett may be anticipating increasing loan defaults caused by the coronavirus-related economic downturn, which could affect banks and their stock prices.

As Cointelegraph reported in May 2018, Buffett has been rather negative about cryptocurrencies as a whole. Notably, he said that Bitcoin is “probably rat poison squared.”

While Buffett’s past comments about crypto make his direct investment in Bitcoin seem rather unlikely, Williams believes that his multinational conglomerate holding company, Berkshire Hathaway, is likely to buy the coin:

“It’s the young managers and analysts that push the gold trade and BTC trade. He won’t even know it when it happens.”

As Cointelegraph reported on May 15, Max Keiser — the founder of Heisenberg Capital and an early Bitcoin investor — suggested that Buffett’s investment in gold could push Bitcoin’s price to $50,000. He suggested that positive sentiment around gold implies a higher valuation for Bitcoin:

See also  Here's how the Bitcoin, Ethereum markets are ahead, even if the prices aren't

A Conservation with Lockie, Co-founder of Matrix Protocol “Support the research and adoption of AI capability into daily life”