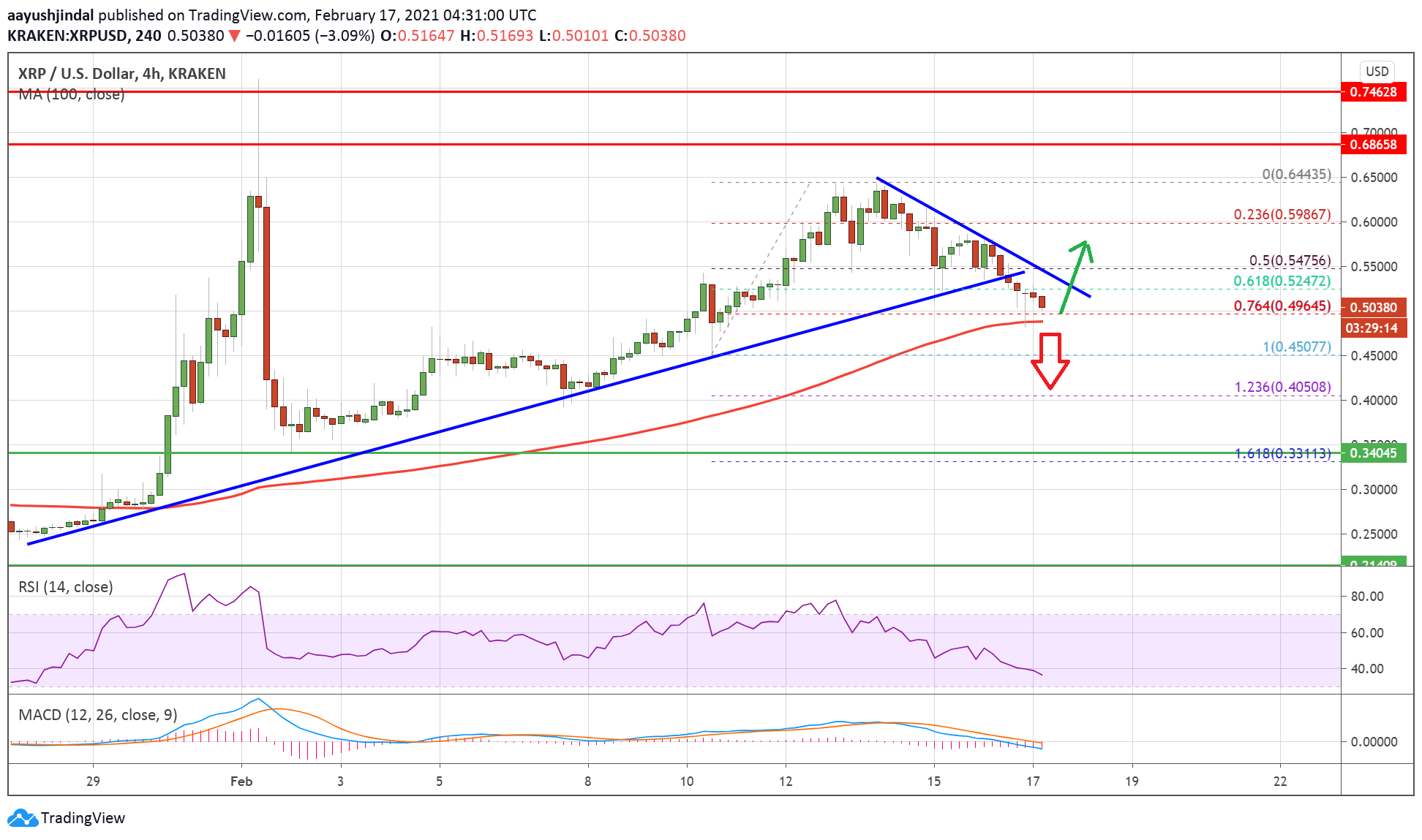 There was also a break below a major bullish trend line with support near $0.5300 on the 4-hours chart of the XRP/USD pair. The pair is now trading well below $0.5500 and it is testing the 100 simple moving average (4-hours).

The next major support is near the $0.4500 level. Any more losses may possibly open the doors for a move towards the $0.4000 support level.

See also  Interview with Satoshi Mamoto Velo: How to create a new way to build a value bridge between traditional finance and DeFi?

If ripple stays above the $0.4850 support and the 100 SMA, there are chances of a fresh increase. An initial resistance is near the $0.5250 level and a connecting bearish trend line.

A clear break above the trend line resistance could push the price above $0.5500. The next major resistance for the bulls could be $0.6000.

4-Hours MACD – The MACD for XRP/USD is gaining pace in the bearish zone.

4-Hours RSI (Relative Strength Index) – The RSI for XRP/USD is now well below the 50 level. AAVE: A bearish retest of this zone could present shorting opportunities