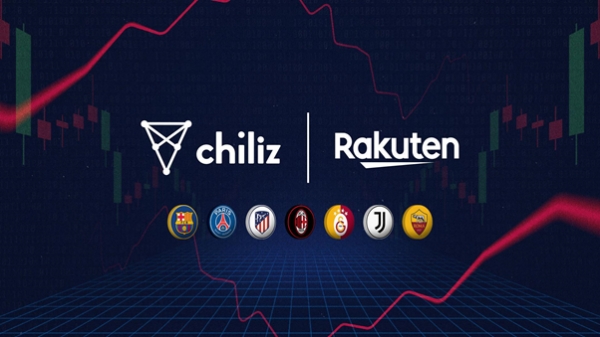 [Blockchain Today Reporter Jihye Han] Chiliz, a fintech company for sports fandom, announced on the 15th that it has signed a partnership with Rakuten Europe, the European branch of Rakuten. Through this, members of Rakuten Europe will be able to purchase fan tokens of Chiliz partner clubs with Rakuten points.

Chiliz is currently partnering with global top tier clubs in major European leagues such as FC Barcelona, ​​AC Milan, Paris Saint-Germain, Juventus and Manchester City. Chiliz issues a’fan token’ of a club that has signed a partnership, and fans can purchase fan tokens to exercise the right to vote in the club’s decision-making. In fact, Paris Saint-Germain and FC Barcelona decided to vote for the phrase to be included in the club’s armband, and Juventus actively used Chiliz fan votes, including the official limited edition t-shirt design and the 20/21 season team bus design as a fan vote. I’m doing it.

Rakuten Europe is the European branch of Rakuten, Japan’s leading Internet service provider. Rakuten Europe provides a variety of services such as shopping, communication, and digital content services to major European regions. Customers use Rakuten services through’Rakuten Points’, and through a partnership with Chiliz, they can purchase Chiliz fan tokens through Rakuten Points. Fan tokens from global clubs such as FC Barcelona, ​​AC Milan, Paris Saint-Germain, and Juventus have been added to Rakuten’s online e-commerce ecosystem. Numerous sports fans in Europe are expected to do various activities in the Rakuten ecosystem.

Chiliz is building a blockchain network to maintain the fan token ecosystem. Rakuten Europe has been developing blockchain technology through the’Rakuten Blockchain Research Institute’, and based on this partnership, it will also join the official verifier node of the Chiliz Blockchain. Chiliz and Rakuten Europe plan to cooperate to build a global service that allows users of their platform to interact and use freely on the platform of other companies.

“We are pleased to be with Rakuten Europe, a world leader in fintech and online commerce,” said Alexandre Dreyfus, CEO of Chiliz. “We are excited about the tremendous potential that our partnership with Rakuten Europe can provide. I’m betting,” he said. Cédric Dufour, Director of eCommerce at Rakuten Europe, said, “I found that Rakuten Europe and Chiliz are aligned with the direction of building an innovative and differentiated ecosystem. “We will create a service that can reverse this.”