Circle, the company behind USDC, the second largest stablecoin on the market, announced its ambitions to expand the use of its Euro-backed stablecoin, EUROC. Circle offered a Euro-backed token in addition to its US Dollar-backed USDC token.

Adding support for another chain was part of the plan to broaden the stablecoin’s reach and adoption. This news around EUROC came during Solana Breakpoint 2022 that witnessed several other significant announcements.

1/ On stage at #SolanaBreakpoint we announced the expansion of native support for Euro Coin and developer access to our Cross-Chain Transfer Protocol on @Solana in the first half of 2023. https://t.co/j8NVLG9nsi

Circle to bring the Euro to Solana?

The tweet by the stablecoin issuer also mentioned that it hoped to bring its cross-chain protocol to Solana by the first half of 2023. As of now, Ethereum served as the underlying platform for the Euro Coin. Furthermore,  FTX is also expected to lend a helping hand in the migration to Solana.

Furthermore, the company also mentioned that several decentralized finance protocols expressed an interest to help with the introduction of the Circle Euro Coin. By giving traders a second base currency to work with, and enabling Euro Coin lending and borrowing, a wide range of applications is expected to come through.

In addition to USDC, the coin would be accepted for Solana Pay as a means of payment.

EUROC lacks popularity for now… but could that change?

The dollar-denominated stablecoin from Circle ranked in second place to USDT when looking at stablecoin supply per day data from Dune Analytics. However, EUROC didn’t hold a place there. This was a sign of its poor user popularity, which may be largely due to the fact that it wasn’t integrated with other protocols. 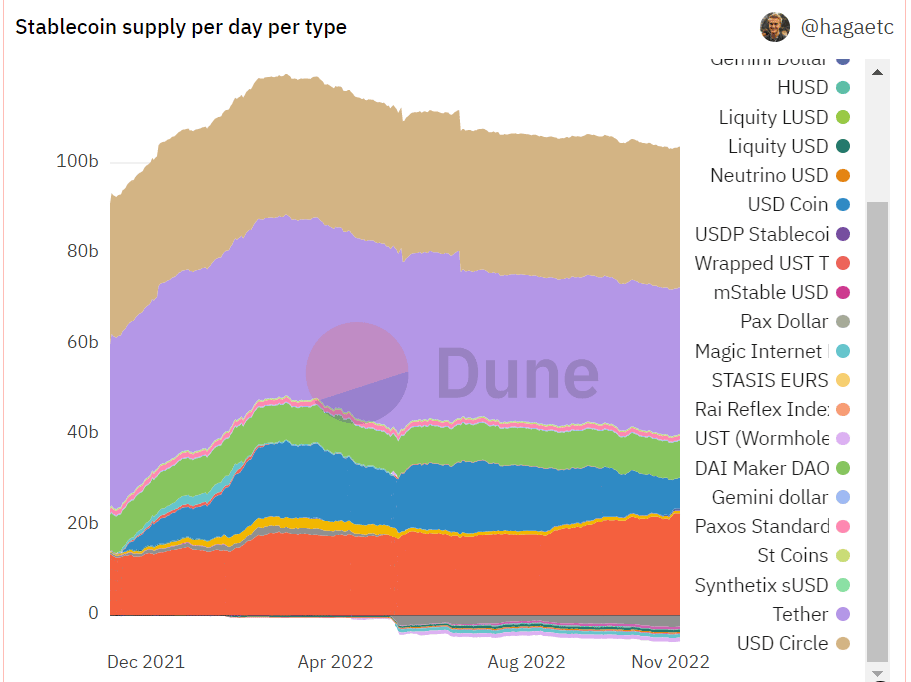 The stablecoin transfer volume per coin over the past 30 days also revealed that users did not favor EUROC. Apart from USD, there did not seem to be enough information to rank the euro-denominated stablecoin among the most traded stablecoins. 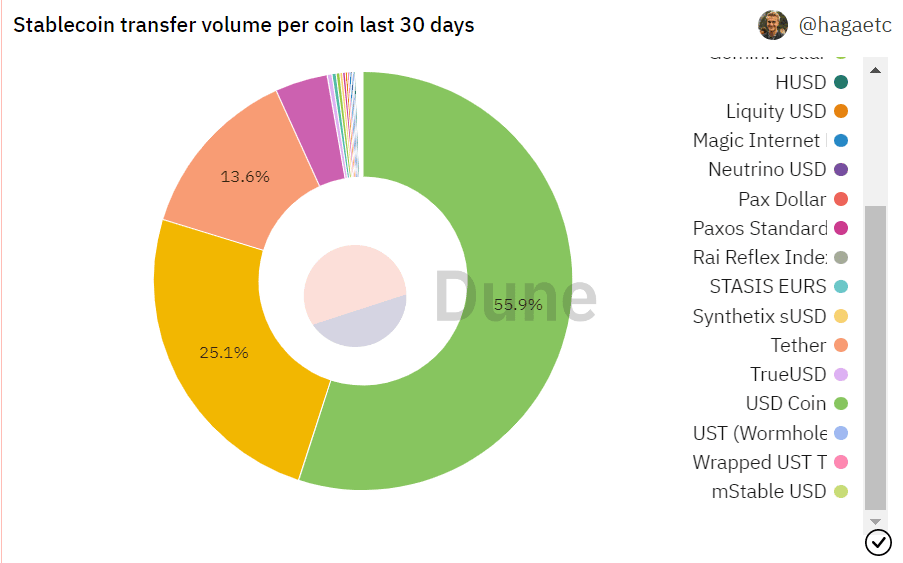 Circle’s move may be the need of the hour

Given that most evidence points to Euro Coin’s lack of popularity, Circle’s decision to move in this manner may prove to be the best course of action. Its utility will increase as it adds support for Solana and other decentralized protocols. This may in turn pave the way for future chain migrations.