Source of this article:

Traditional commercial banks and stock exchanges are entering the field of digital assets such as digital currency and token issuance, and use them as opportunities to enhance the competitiveness of global financial centers.

On December 10, DBS Bank announced the official launch of a digital trading platform, and Singapore Exchange will hold 10% of the shares. On the 9th, the venture capital department of Standard Chartered Bank and Northern Trust Bank jointly released an encrypted digital currency custody solution.

Previously, no licensed financial institutions such as large commercial banks have entered the field of digital asset trading. According to Coinmarketcap data, in 2019, the daily trading volume of global digital trading platforms is between US$50 billion and US$100 billion.

However, legal and compliant on-site funds invest in digital assets, and the trading channels are not very smooth.

According to industry insiders, this means that commercial banks will provide access to compliant funds. The digital currency and other assets that were originally only traded over the counter have officially compliant capital access, making it convenient for family offices and large funds around the world to start holding digital assets as assets Configuration.

According to the announcement, DBS Bank was approved in principle by the Monetary Authority of Singapore and was granted a “recognized market operator” license in accordance with the Securities and Futures Act. The license authorizes DBS Bank to engage in assets such as stocks, bonds and private equity funds. Organized market operations.

Previously, no licensed financial institutions such as banks have entered the field of digital asset trading.

“Commercial banks provide capital access. Assets such as digital currencies that were originally only traded over the counter have officially compliant capital access, which is convenient for family offices and large funds around the world to start holding digital assets as asset allocation.” A senior blockchain person told the “21st Century Business Herald” reporter that this can also be understood as Singapore’s intention to compete for the status of the global wealth management center in the digital age.

For example, on December 9, the Venture Capital Department of Standard Chartered Bank and Northern Trust Bank jointly released the encrypted digital currency custody solution Zodia Custody, which will provide custody services for Bitcoin, Ethereum, XRP, Litecoin, and Bitcoin Cash encrypted digital currency assets , It is expected to start operations in London in 2021, and the agreement needs to be registered with the UK Financial Conduct Authority. On November 19, an alliance of more than 30 large companies including Mitsubishi UFJ, Mizuho and Mitsui Sumitomo announced that it will start the trial issuance of a general-purpose private digital currency next year.

In addition to Singapore, in November this year, the Financial Affairs and Treasury Bureau of the Hong Kong Special Administrative Region Government of China conducted a public consultation on legislative proposals to strengthen the regulation of anti-money laundering and terrorist financing, and recommended the establishment of a licensing system for virtual asset service providers. Including transactions between virtual assets and legal tender, excluding legal digital currency (including digital currency issued by the central bank).

“The exponential growth of asset digitization provides a huge opportunity for reshaping the capital market.” DBS Group CEO Gao Bode said that Singapore’s competitiveness as a global financial center is increasing day by day, and we must be prepared for digital assets and currency transactions. Mainstreaming trend.

Luo Wencai, CEO of Singapore Exchange, said that in the field of global digital assets, there are significant opportunities in the price discovery process to increase trust and efficiency.

Among the remaining economies, some countries have already begun to apply for the establishment of digital asset exchanges by companies, such as the Boston Security Token Exchange (BSTX) in the United States and the Swiss Digital Value Exchange in Switzerland. Both exchanges are based on distributed accounting technology, providing full life cycle services for tokenized assets, from the generation of digital assets to circulation, trading, settlement and custody.

DBS Bank also announced in an announcement that through the bank’s private bank and DBS Vickers (DBS Vickers) to reach a large and diversified investor base.

Since October of this year, the price of virtual assets such as Bitcoin has risen sharply, and there has been a sharp rise and fall.

Before commercial banks entered the digital asset market, large asset management companies and hedge funds were more “radical” in the digital currency field. Some U.S. stock funds have included Bitcoin and other virtual currencies and special discounted derivatives into their positions as part of their asset allocation .

On December 7, the digital asset management company CoinShares released data showing that as of the last week, institutional investors invested US$429 million in cryptocurrency funds and products, the second highest in history. The industry’s assets reached a historical high of US$15 billion. At the end of the year, it increased by nearly 5 times. Among them, the digital currency asset management company Grayscale had an inflow of 336.3 million U.S. dollars in the past week, and its assets under management increased to more than 12.4 billion U.S. dollars.

READ  The U.S. Office of the Comptroller of the Currency allows banks to use stable currencies.

“At present, the US dollar has a clear downward trend, and large asset management companies such as BlackRock and Fidelity have begun to promote Bitcoin to customers.” A blockchain industry insider said. He believes that the digital asset market is indeed changing. Some U.S. stock foundations invest in Bitcoin derivatives positions in the U.S. stock market and allocate Bitcoin as an asset.

At the beginning of December this year, Larry Fink, CEO of BlackRock, the world’s largest asset management company, stated that although Bitcoin did not attract his own attention, it did attract the attention of Wall Street. Cryptocurrency may evolve into a global market asset.

Fidelity Investments, another asset management giant, is more “radical.” In August of this year, the company launched a Bitcoin index fund with a minimum investment threshold of US$100,000, mainly for institutions and qualified investors who cannot directly hold Bitcoin. In December, Fidelity Digital Assets, a subsidiary of Fidelity, announced that it would cooperate with BlockFi to provide USD loans secured by Bitcoin. Potential customers include hedge funds, miners, and over-the-counter trading platforms. They will be able to settle their cryptocurrency positions without liquidation. Get cash in case.

Dalio, the founder of Bridgewater Fund, stated in mid-November that Bitcoin and some other digital currencies have developed into an alternative asset like gold in the past ten years, which is different from gold and other limited supply and different from real estate. There are similarities and differences between mobile wealth. Therefore, it can be regarded as a diversified alternative to gold and other mobile wealth. As for which Bitcoin or gold prefers, Dalio said he is more inclined to hold things that the central bank wants to hold and exchange value.

How do legal digital assets evolve?

As of now, no central bank in the world has launched a sovereign “digital currency”, but some central banks have accelerated their actions.

Insiders said that the sudden increase in the sovereign version of the digital currency since last year was mainly stimulated by Facebook’s plan to launch the Libra cryptocurrency. They are worried that the digital currency of the private sector “overheads” the central bank’s sovereign currency. This year, the epidemic factor has put forward more demands for cross-border payment and contactless services.

The cryptocurrency Libra is one of the so-called “stable coins”. That is, “anchoring” a certain series of legal tender systems in order to obtain cryptocurrencies with stable token value. On December 1, Facebook announced that Libra was renamed Diem to obtain regulatory approval. It is also reported that Diem will initially only issue a single currency anchored to the US dollar, and anchoring other currencies will be launched later.

Central banks are opposed to operating “stable currency” projects before supervision is in place. In October of this year, the finance ministers and central bank governors of the United States, the United Kingdom, Canada, France, Germany, Italy, Japan, etc. issued a joint statement stating that any global “stability” will be fully met before the relevant legal, regulatory and supervisory requirements are fully met. Projects should not start operations.

As early as December 2013, five ministries including the People’s Bank of China issued the “Notice on Preventing Bitcoin Risks” and pointed out that although Bitcoin is called “currency”, it is not issued by the monetary authority and is not legally compensatory and compulsory. Monetary attributes such as sex are not real money. In terms of nature, Bitcoin should be a specific virtual commodity, which does not have the same legal status as currency, and cannot and should not be used as currency in the market.

It has been nearly ten years since the birth of Bitcoin. Commercial banks such as Standard Chartered and DBS will personally provide digital asset custody, trading and other services, which means that they intend to provide large-scale and legal capital entrances for large-scale funds and other “on-site” funds.

It’s worth noting that although the Federal Reserve emphasizes that the central bank’s digital currency is “it’s more important to do a good job in comparison,” the U.S. private sector has a lot of digital currency innovation and technology reserves, including both Diem planned to be launched by Facebook and Accenture. Digital dollar project in cooperation with the Digital Dollar Foundation.

A person close to the regulator said that there are currently many virtual assets and digital asset packaging is very clever, which can be said to be more clever than the CDS during the international financial crisis in 2008. Moreover, digital currencies are global real-time settlement, and some new types of assets are also included from time to time, without risk grading, making digital currency supervision extremely difficult.

On November 26, according to the Supreme Law China Judgment Document Network, the second instance of the “Amber No. 1 Case” with a total value of more than 40 billion yuan was announced. The defendant Chen Bo and other 14 defendants were guilty of organizing and leading pyramid schemes. The defendant Chen Tao was guilty of concealing and concealing criminal proceeds. He was sentenced to fixed-term imprisonment ranging from two to eleven years and fined. The case involved 8 virtual tokens including Bitcoin, Bitcoin Cash, Dash, Dogecoin, Litecoin, Ethereum, Grapefruit and Ripple. Calculated based on the lowest price between May 1, 2018 and June 27, 2019, the above 8 digital currencies are equivalent to RMB 14.8 billion. The Plus Token platform is used to collect electronic bills for transactions that members pay digital currency wallet addresses. Appraisal: As of June 27, 2019, the Plus Token platform has collected 314,200 Bitcoins, 117,500 Bitcoins, 96,000 Dash, 11.060 billion Dogecoins, and 1.8477 million Litecoins paid by members. There are 9,174,200 Ethereum, 51 million Grapecoin, and 928 million Ripple. 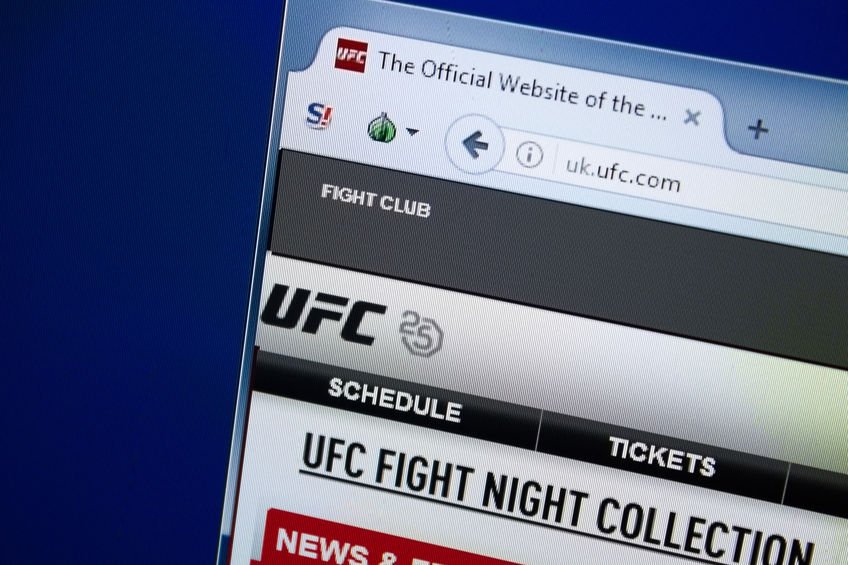