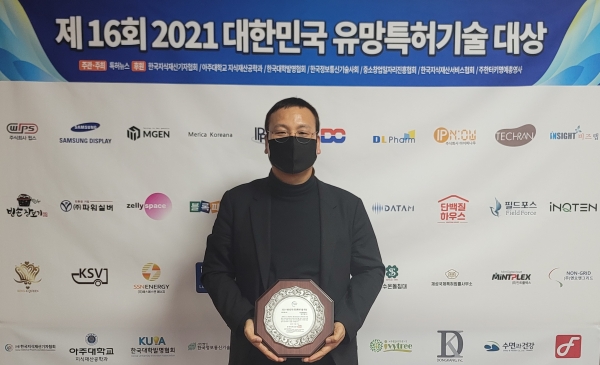 According to Dataam, the Proof of Carbon Reduction (PCR) technology is a technology that can be quantified with a high level of confidence only with GPS data of an actual road vehicle. The technology development was completed in October last year and published in the Sustainability Sci journal.

When the operation information of electric vehicles and electric motorcycles equipped with a Carbon Reduction Mining (CRM) device is transmitted to the data server, data integrity verification is executed, and the amount of carbon reduction compared to fossil fuel vehicles of the same class is automatically calculated in the same driving route. The amount of reduction will be compensated in cryptocurrency.

All collected data such as driving history, carbon reduction amount, emission source, reduction executor and compensation history are recorded and stored in the blockchain ledger.

The carbon reduction amount of the existing fossil fuel vehicles will also be monitored separately. If a CRM device is installed in the vehicle of a driver who has completed a certain training through the Dataam eco-driving education site and obtained an eco-drive license, and eco-driving is practiced, education is provided. The degree of fuel efficiency improvement before and after is measured, and carbon reduction compensation can be obtained. Daytam’s eco-driving education site and app will open in March and accept applications for participation.

In addition, in the case of electric motorcycles with regenerative braking system developed by Dataam last year, the amount of carbon reduction due to the use of regenerative braking is measured separately, and he said that he plans to apply for a CDM project to UNFCCC in the future.

Daytam CEO Lee Young-cheol said, “In 2017, a patent for an automobile greenhouse gas monitoring system was registered, and 5 related blockchain patents are currently registered. In March, along with the opening of the eco-driving education site, the PCR (Carbon Reduction Proof) blockchain mainnet will be announced. After that, Dataam plans to apply the PCR block chain not only to carbon reduction certification for vehicles and cryptocurrency compensation, but also to renewable energy, waste recycling and reuse, and agriculture.”

In this regard, the ‘2021 Korea Promising Patent Technology Awards’, which celebrated its 16th anniversary on December 17, 2021, was held to encourage SMEs, ventures, and start-ups to strengthen their competitiveness through patent creation and to encourage the growth of related industries through patent utilization. As an awards ceremony held, companies related to patent technology and IP service, CTO in charge of development, and job-related researchers were reviewed and 33 companies and managers were selected.

Dataam was selected as the ‘Blockchain New Technology Category Grand Prize’ among the above 33 companies.

Cryptocurrency issued by greenhouse gas reduction is converted into digital assets by collecting carbon reduction big data through the conversion project of eco-friendly transportation means (electric bus, electric taxi, electric motorcycle) and the carbon reduction project to which innovative green convergence technology is applied. can be converted and used.

At the 21st United Nations Framework Convention on Climate Change (COP21), the International Transport Forum announced that, under the new climate system, the main means of reducing greenhouse gas emissions in the transportation sector are the expansion of the role of public transportation and the distribution of eco-friendly vehicles. Expected to be a tool, the very specific and groundbreaking Dataam project is being evaluated as a new concept of blockchain technology to prevent double counting and transparency of the new climate system.