On the evening of December 10th, Yearn.finance (YFI) and Grin developer Daniel Lehnberg released the third quarter of Yearn.finance’s informal financial report (portal) on Github. This is the first time that the quarterly report on the project has appeared in the community. financial report.

As Yearn.finance successively merges Hegic, Pickle, Cream, Powerpool, Cover Protocol, Akropolis, Sushiswap and other projects, the project and its founder Andre Cronje (AC) have become the latest vane in the DeFi field. However, many people may not understand the benefits of the Yearn.finance project itself. Today, Lehnberg’s report will unveil the mystery of YFI.

The following is the report details,

The first thing that needs to be stated is that this report is completed by the community developers themselves. Both the official Yearnfinance and Lehnberg himself have emphasized that this report has not been fully audited by a third-party professional accounting firm. The content is for reference only and does not constitute financial management or Investment Advice.

In the third quarter (actually less than three months, as of October 20), Yearn.finance’s net income (net income) was around $3.8 million, most of which came from yVault products (the so-called machine gun pool) . Of the net profit, the funds allocated to the Governance Stakers are approximately $2.467 million.

More than 95% of total revenue comes from the yVault product, which is also a core component of the entire Year.finance ecosystem.

Other miscellaneous revenue comes from airdrops of BAL (approximately US$210,000) and UNI (US$69,000). This revenue is calculated based on the fair market value (FMV) on the day the tokens are received.

The cost of revenue includes the gas cost for deploying the contract and calling the yVaults function. Compared with October, due to the higher number of smart contract deployments and the higher gas cost of the Ethereum blockchain, the cost of revenue in August and September is correspondingly higher, which also roughly coincides with the popularity cycle of DeFi.

READ  Jim Rogers "Blockchain will change all of us"

Most of the operating expenses consist of administrative salaries and security expenses (such as contract audit expenses), accounting for 56% and 27%, respectively.

Approximately 68% of yVault’s revenue comes from the yUSD vault fund pool, which is also the main source of total revenue for the project.

From August 20th to September 20th, yVault’s overall income was significantly higher, which was also the craziest period of DeFi farming. By October 20th, as the hype subsided, yVault’s revenue also dropped sharply.

The yWETH vault fund pool data was officially introduced on September 20, and it generated considerable revenue that month. In order to reduce the risk of deposit users, the fund pool was quickly frozen. The new version of yWETH vault will be deployed in the future version 2.0.

Most of yVault’s revenue comes from the withdrawal fees of deposit users. However, yVault will update its fee structure in the upcoming 2.0 version. The Odaily Planet Daily has also reported that the community governance proposal YIP-51 has been passed, and the v2 version of yVault will cancel the yVault withdrawal fee and adjust the fee structure to 2% management fee and 20% profit performance fee.

More than 80% of operating expenses are spent on security work and personnel salaries required to develop and maintain the Year.finance agreement.

To prepare for the launch of yVault v2.0 and provide some other planned products, it is expected that there will be some additional audit fees in the future.

As of October 20, the project management team has expanded, and Artem’s salary has increased to $14,500 on October 20.

After September 20, Kirby and Gismar have stopped receiving salary compensation.

Personnel salary is paid in yUSD, which has been converted into USD on the far right of the form.

Grants are generally allocated directly to various contributors within a certain month, and the process rarely spans months.

All kinds of contributors get Grants at one time to help Yearn.finance carry out brand promotion, design, UI/UX optimization and community expansion.

Grants need to be nominated by members of the management team and approved by multiple signatures. The effectiveness of Grants will be evaluated monthly and contributors will be rewarded for their work.

Most Grants will be spent on design and community development costs, which are related to Yearn.finance’s promotion activities on social media platforms such as Discord, Telegram, and Reddit.

As of October 20, Yearn.finance has a total value of about 5.81 million US dollars of marketable assets (marketable assets, as can be seen from the above table are ETH, YFI, UNI), and there are no liabilities.

As mentioned above, the YFI and ETH held by the project come from the corresponding yVault fund pool income, and these assets will be adjusted to their fair market value at the end of the month based on the prevailing price.

The UNI held by the project is donated by a donor to cover operating expenses, so these UNI will not be distributed to YFI pledge participants.

READ  100,000 investors deluge Casper Labs’ token sale, with most expected to miss out

Since personnel salaries and Grants are paid on a monthly basis, Yearn.finance has no accrued liabilities or accounts payable.

Again, the official Year.finance and Lehnberg himself have stated that this report has not been fully audited by a third-party professional accounting firm. The content is for reference only and does not constitute financial management or investment advice.

Lehnberg pointed out at the end of the report that the income data was obtained from the status of token transfers between several addresses controlled by Yearn.finance. The specific address is as follows:

The cost data comes from the audit report of yChad. These reports are available for download on Yearn.finance’s GitHub (portal) and will be updated monthly.

Are there any cryptocurrency investors among the employees of the Financial Services Commission?… Voluntary Report 0 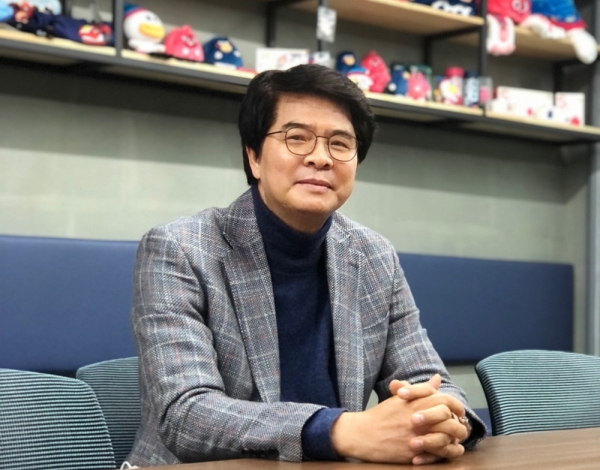