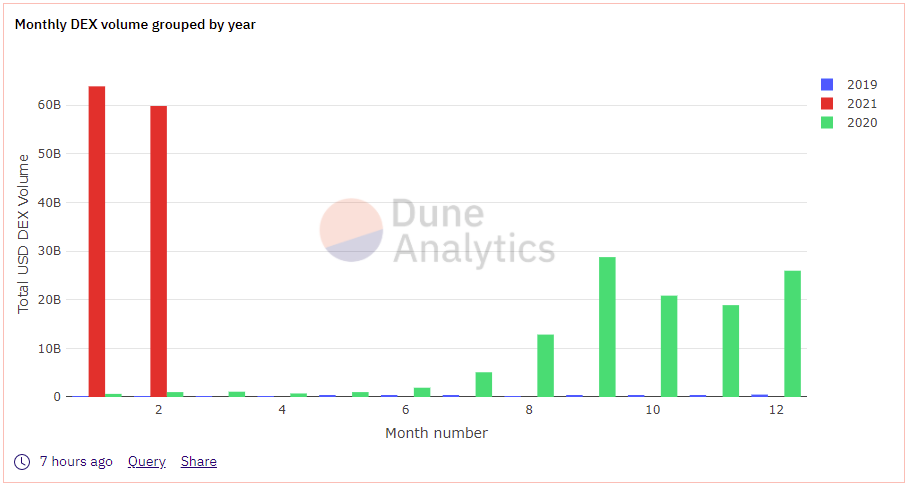 Ethereum-powered decentralized exchanges, or DEXes, continue to surge despite high transaction fees — with DEXes processing more than $120 billion in 2021 so far.

According to Ethereum market analytics platform Dune Analytics, combined DEX volumes posted a new record of $63 billion in January. February’s volume currently sits at $59 billion and is on track to hit $67 billion at the month’s end.

DEXes have already processed more volume in the first two months of 2021 than during all previous years combined.

However, looking at the weekly number of active traders on each platform shows that Uniswap represents more than three-quarters of Ethereum DEX users. Over the last seven days, nearly 142,000 unique wallets traded on Uniswap, followed by decentralized exchange aggregator 1inch with roughly 18,450 traders, and SushiSwap with 8,911.

However, not all DEX trading activity is occurring on Etheruem, with Binance Chain’s Pancake Swap surging to report a daily trading volume behind of more than $1.1 billion.

Despite some users migrating away from Ethereum-based DEXes, confidence in the sector as a whole is at an all-time high, with the total value locked in these exchanges sitting above $40 billion for the first time during recent weeks. 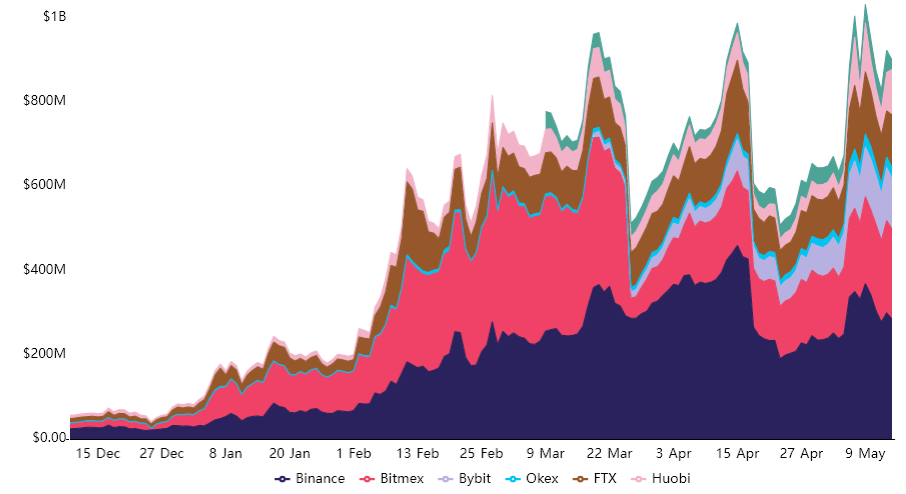 Elon Musk loses $20B since SNL, as Michael Saylor comes out firing

With an eye on simplicity, B21 is bringing Crypto to the masses