Ethereum formed a bearish pattern and subsequently saw its price drop. However, at the time of writing, it could be staging a recovery and confirming a bullish pattern formed on a longer time-frame. Monero continued to move upward in an ascending channel formed in early September, while Algorand showed a strengthening bearish trend.

Ethereum formed a rising wedge, a bearish reversal pattern that saw the price drop from $389 to touch $355. The pattern, upon confirmation, presents a price target for the asset to the base of the wedge formed. This would indicate ETH is headed to $325 in the coming days.

However, as highlighted by VPVR, there has been significant trading activity at the $355 and $335 levels. They are likely to serve as strong support for the price to bounce off of.

Analysis of longer time frames indicated that Ethereum could possibly be poised for a drop. The analysis also noted the possibility of a bullish continuation pattern. Price breakout upward past $365 could confirm the bullish pattern, while a break to the downside past $355 would confirm bearishness. 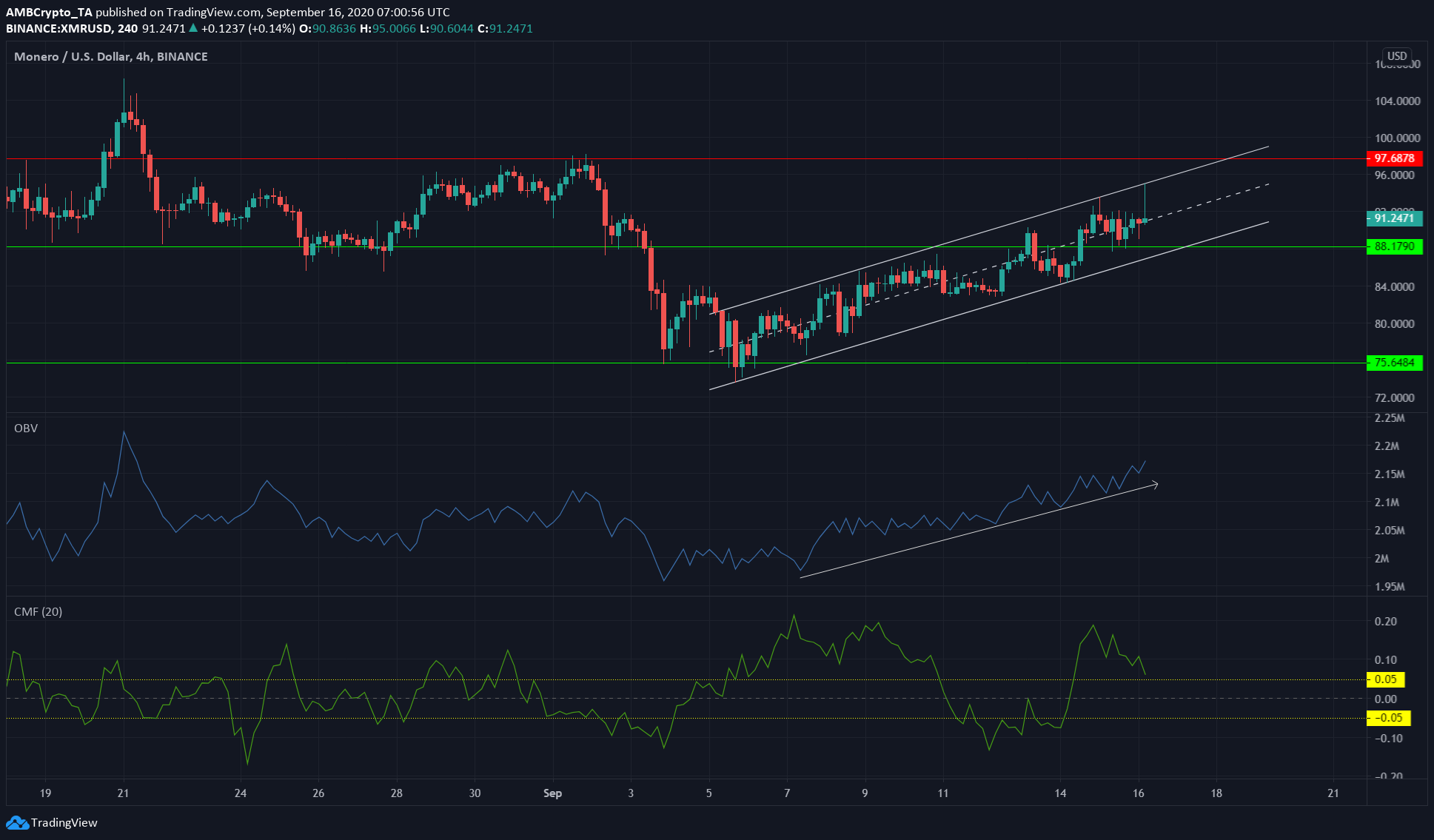 Monero continued to move within the ascending channel. OBV formed higher lows, highlighted by the white trendline. This showed that buyer interest has propelled the price upwards.

Chaikin Money Flow also showed buyers in control of the XMR market in the past few days. Even when CMF dipped beneath -0.05 in the past couple weeks, the price stayed flat and did not drop much.

This strengthened the bullish case for XMR in the coming days. It is likely that XMR rises to test the resistance level at $97 once more. 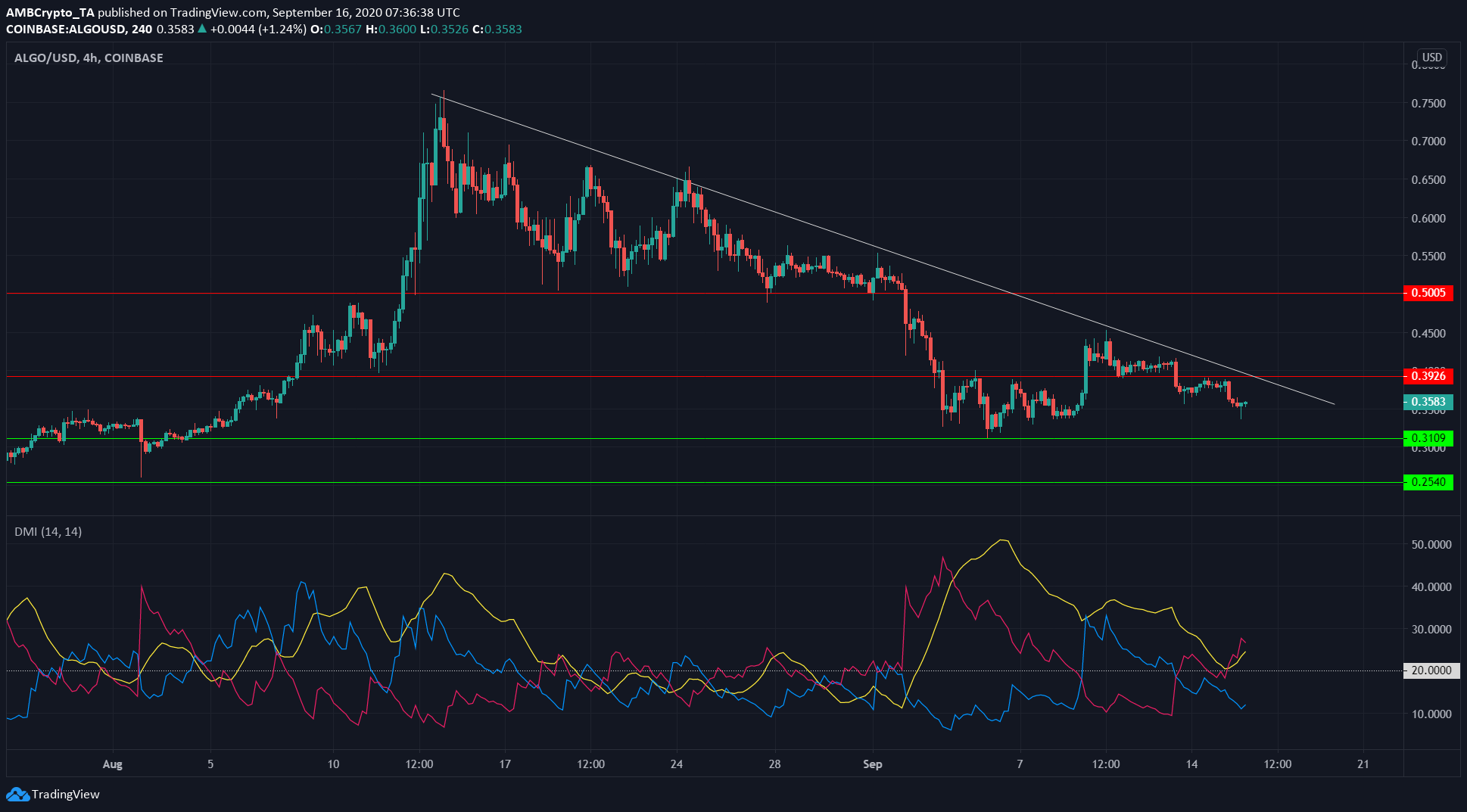 Algorand continued to toil under bearish pressure. It has been setting lower highs for the past 30 days and did not show an inclination to reverse the trend.

READ  TA: Ethereum Consolidates Above $600, A Strengthening Case for Upside

In other news, Ledger tweeted that self staking of ALGO was possible on its application Ledger Live. The benefit of staking via a hardware wallet instead of an exchange, users retain full control of their private keys.