The evolution of blockchain governance is highly similar to the development of the democratic system of human society.

The “aristocratic” democracy adopted by Ethereum has huge flaws. The so-called “democratic voting” is just a minority of people’s democracy. This is not obvious when the network is small, but if it is used as a blockchain infrastructure, the users of the facility will undoubtedly become “inhumans” like slaves and women in classical democracy. This is particularly obvious in Ethereum. EIP1559, which can improve the DeFi experience, is opposed by mining pools is a perfect example.

In 1739, the Scottish philosopher David Hume wrote that the origin of civil government was “the narrowness of people’s inability to fundamentally cure their own souls or the souls of others, and (this narrowness) leads people to abandon the distance and seek the near.

Hume believes that government institutions, such as political representatives and parliamentary debates, can help ease our impulsive and selfish desires and promote the long-term interests and well-being of society. Similarly, a sound democratic system will undoubtedly promote the long-term development of the blockchain system.

The evolution of blockchain governance is highly similar to the development of the democratic system of human society. So from off-chain to on-chain, what kind of governance is more democratic?

As a geek practice project, Bitcoin was born out of an anonymous cryptography-themed geek mailing list. Now we know that this small group called cypherpunk includes a series of well-known cryptographic scientists such as James A. Donald and Ray Dillinger.

As a product of a small circle of discussion, Bitcoin has always maintained an off-chain governance model: users discuss the direction of Bitcoin improvement in the off-chain mailing list or forum, and finally apply the improvement patch to the Bitcoin network.

The off-chain governance method adopted by Bitcoin is BIP (Bitcoin Improvement Proposals). Anyone can submit an improvement proposal for Bitcoin and discuss it in the community. If a proposal is accepted by most community members, the improved code will be deployed to all miners.

But this approach always leads to various differences, and the worst result is a hard fork: Bitcoin Cash, Bitcoin Gold, Bitcoin SV, etc. are the products of the irreconcilable differences in offline discussions. This fork has seriously affected the development of the Bitcoin community and has sounded the alarm for latecomers.

As a representative of the second-generation blockchain network, Ethereum also adopts a similar governance method. Community participants can govern or upgrade Ethereum by submitting EIP.

After the Bitcoin and Ethereum communities have experienced several splits, how to efficiently govern the blockchain system while avoiding the split of the community has become a key issue for testing latecomers. On-chain governance has gradually become an emerging public chain. The mainstream way of governance.

Simply put, on-chain governance is an automated mechanism. Community users choose to upgrade drafts through voting, and the results will be automatically applied to the agreement.

On the one hand, this form greatly improves governance efficiency, and on the other hand, it can greatly avoid frequent community forks.

Born out of this governance model, decentralized autonomous organizations have emerged. Generally speaking, the core of DAO’s governance model is that the final decision on the proposal is made by democratic voting. The more tokens involved in voting and the longer the lock-up time, the greater the power.

DAO is widely used in the governance of various decentralized financial services, and has developed some fairly mature models, and even DAO organizes service providers.

According to the Polkadot White Paper, the Polkadot Ecological governance plan contains multiple roles, including bills and citizens’ assemblies, councils and technical committees, the allocation of parallel chain card slots, and treasury management.

Simply put, the governance of the Polkadot ecology mainly revolves around the token DOT. The main functions of the DOT include: submitting proposals, endorsing a proposal or resolving a proposal in advance, voting on all active proposals, becoming an elected member of the board of directors, and electing members.

Generally speaking, the more DOT you hold, the more you have a say in Polkadot’s ecological governance.

From the perspective of political science, we can see that the development of blockchain governance has a high degree of similarity with the development of the human democratic system: from the classical democracy of Athens to the aristocratic democracy and golden power democracy.

In the ascendant era of Bitcoin, the governance of Bitcoin is undoubtedly the early stage of classical democracy, village council-style. In the early period of history, the population of Greece was only concentrated in small villages, and there was no inequality between the rich and the poor.

When there is a major event that requires public discussion, citizens will gather in the village square to discuss matters, and everyone has an equal opportunity to express their opinions.

Ethereum EIP1559 is a good example. In 2018, V God proposed the proposal, which is essentially a solution to the pricing mechanism of Ethereum network transactions.

EIP-1559 changed the payment structure and payment flow: the transaction fee is divided into basic fee + tip, and the basic fee is destroyed, and the miner cannot get it. The miner can get the reward fee and the newly issued block reward. Reduce miners’ incentives to manipulate transaction fees and provide opportunities for various participants, including miners, to benefit.

This proposal has received overwhelming support from the community. The implementation of EIP1559 will undoubtedly improve the current situation of Ethereum congestion and significantly improve the user experience.

According to BitInfoCharts data, due to on-chain congestion pushing transaction fees to a record high in 2020, mining profitability has reached the highest level in the past three years. After the implementation of EIP-1559, the amount users need to pay has not decreased, but the miners can no longer receive the full amount as before. These gas fees that should belong to the miners are not given to the miners, but destroyed.

That’s why there is strong opposition: the upgrade of EIP-1559 will not bring any benefits to miners, but will harm the interests of the mining pool.

READ  Mastering Blockchain : Unlocking the Power of Cryptocurrencies, Smart Contracts, and Decentralized A

The controversy over EIP1559 is still ongoing, and it is still difficult to predict whether it will be online in the future. But the mining pool’s ability to control the community is already evident.

When the governance model of the blockchain has gradually developed to on-chain governance, it has entered the era of golden power politics. In this type of network, the power belongs to the holders of the tokens, and the final decision is made by democratic voting. The more tokens participating in the voting and the longer the lock-up time, the greater the power. This type of system is very close to the concept of modern democracy divided by political science.

Compared with the “classical democracy” of the Bitcoin and Ethereum communities, governance methods like Polkadot are more similar to the representative democracy that has gradually emerged after the country has matured and grown in size.

To put it simply, classical democracy is direct democracy. Users not only vote to support the proposal, but can also directly submit the proposal. The latter transfers these rights of the user to the agent, that is, the board of directors, technical committees and other more professional roles. .

In addition, in the governance of Ethereum, the voting power owned by the community is actually severely weakened by the mining pool. After the voting result is generated, it needs to go through the voting of the large mining pool, which is the so-called war of computing power.

In the on-chain governance model represented by Polkadot, as long as you hold the token, you have the right to vote, and the roles between the community and the mining pool will not be split.

There is no doubt that the “aristocratic” democracy adopted by Ethereum has huge flaws. The so-called “democratic voting” is just a minority of people’s democracy.

This is not obvious when the network is small, but if it is used as a blockchain infrastructure, the users of the facility will undoubtedly become “inhumans” like slaves and women in classical democracy. This is particularly obvious in Ethereum. EIP1559, which can improve the DeFi experience, is opposed by mining pools is a perfect example.

From these perspectives, the on-chain governance model represented by Polkadot is undoubtedly more biased towards modern democracy. 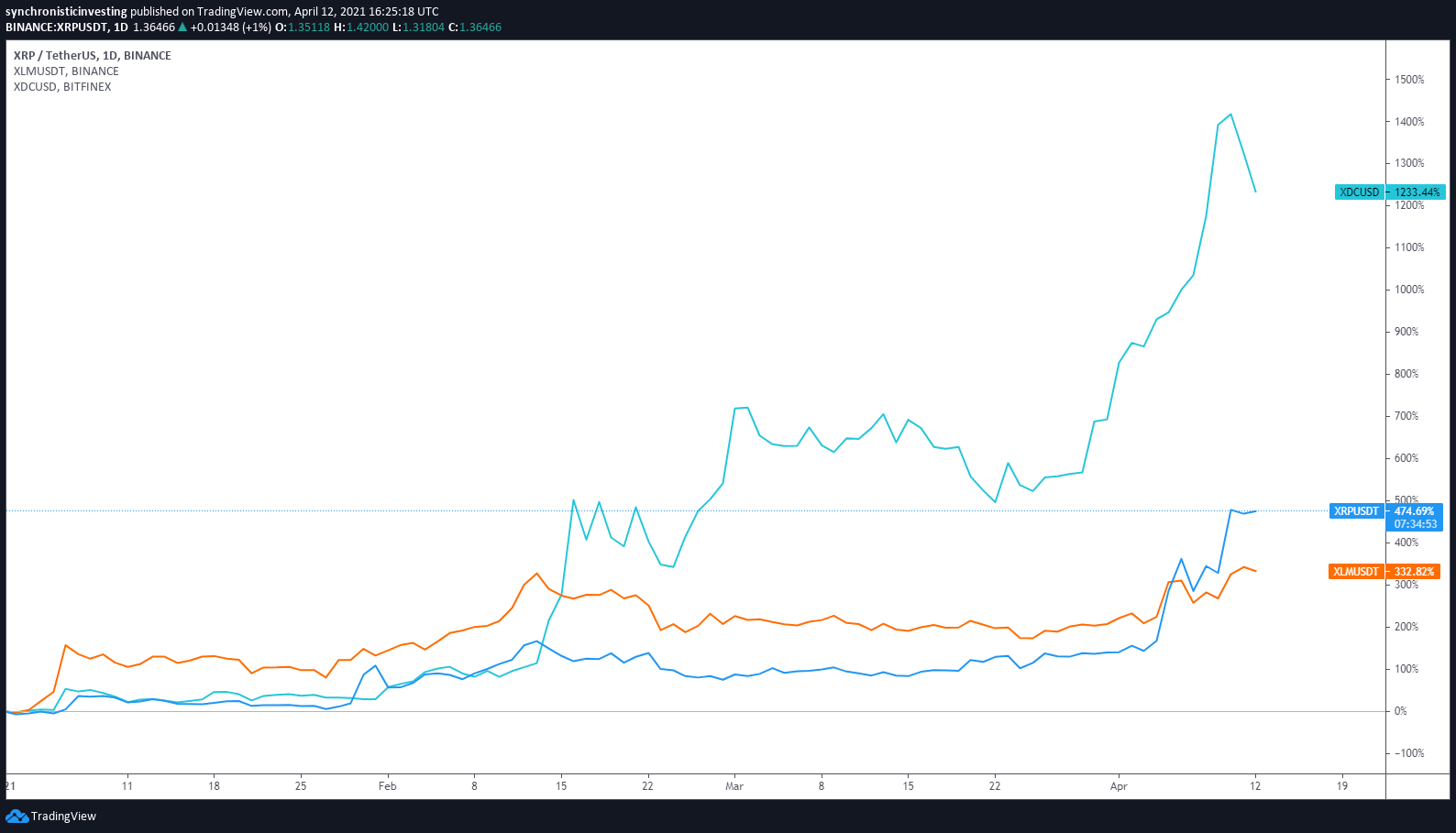 Enterprise blockchain solutions rally as businesses get hip to crypto