Filecoin, a decentralized storage network, launched its mainnet last week amidst the hustle and bustle. But less than 24 hours later, reports of miner riots surfaced, and Filecoin’s token, FIL, has fallen by 25%.

The highly anticipated Filecoin provides an alternative to centralized cloud storage providers such as AWS.

But Babbitt said that since Filecoin was launched on Thursday, the five largest mining pools have begun strikes, and there are rumors that they may fork Filecoin. Critics claim that the economic model of the project does not provide sufficient incentives to miners.

Today, Juan Benet, the founder of Filecoin, has tried his best to oppose these reports. (Note: The contents of the Filecoin official AMA event that flowed out this afternoon also answered market questions such as FIL market making, liquidity, and miner strikes. The official stated that “the development team has not sold tokens and has not seen any large miners shut down their business” )

The official also stated that as far as they know, no large miners have withdrawn from their Filecoin network. “We believe that miners will be very favorable incentives to participate in the Filecoin network,” said Ian Darrow, Head of Filecoin’s business. “We don’t know which miners have gone on strike.”

Earlier today, Filecoin officials also released a detailed report to try to refute the criticism and provided a new loan program to help any miners who need support. Protocol Labs, which is responsible for overseeing Filecoin, is working with partners (TBA) to provide small loans to miners from now until Filecoin loan business matures. Today, Bennett wrote on Twitter: “There will be more reports on this issue this week.”

Darrow disputed the report of the miners’ strike. He said that the miners are still providing storage capacity and have increased by 2 pebibytes (PiB) in the past three hours alone. (One pebibyte is equivalent to about one million gigabytes.) He said, “No large mining pool says they are going on strike.”

“In fact, the Filecoin network continues to grow rapidly, and today it just surpassed 600 PiB,” Darrow said. “Some of the miners who have been working for months or years before the project’s mainnet launch did choose to sell the FIL they dig, and not additional investment. We don’t know what kind of cash flow these miners might have-their The loan may be about to expire, or investors may be pressured to pay dividends. In the final analysis, we fully respect the choice of miners in how to manage funds.”

However, Babbitt quoted Lai Chuhang, a well-known person in the Chinese Filecoin community and chairman of the technology startup Space Cloud, as saying that the miners are “powerless” and no one has the money (coins) to continue mining.

The Filecoin economic model ensures that miners can receive tokens as rewards every day for 180 days. However, miners must provide FIL as collateral to ensure that their rewards are honored. Filecoin has established a lock-in mechanism that requires investors to hold FIL for at least 6 months after the main network goes online.

Many people in China feel sad about Filecoin’s token model. A simple calculation can tell that at the same time that the early investment of 20,000 US dollars to buy hardware, it also spent money to buy more Filecoin as collateral. This is simply not in line with the common sense of the basic token economic model. Obviously, this 17-year “star” project has messed up.

In Benet’s ultra-long tweet today, he pointed out that they have been trying for several weeks, trying to allow miners to withdraw 25% of the proceeds immediately after a block is completed, in order to alleviate miners’ concerns.

“After the mainnet went live, we saw some miners choose to sell some Filecoin tokens. This is completely understandable, because miners have not made any profits for many years, so it is not surprising that they hope to slightly reduce the risk before continuing.”

At the same time, he added that almost no major miners have sold all the FIL they produced, and most of them are making additional investments. “The end result is the continued growth of the network.”

“In general, we are very satisfied with this very successful launch,” Darrow said. “The transition to the main network is very smooth and the software works well-this is the most important thing so far. Of course, we have seen some crazy situations, but considering the environment in which Filecoin is located and the excitement of the community, this situation is not We did not exceed our expectations, and the situation is stabilizing.”

There are also concerns that Filecoin’s token economic model may require further research.

Filecoin started holding the “Filecoin Liftoff” event today, aiming to outline the future of the network. Presumably it will attract the attention of many investors.

Blockcast.cc Exclusive Interview with Lawyer, Dr Phir Paungmalit from Thailand “Cryptocurrency is the next big thing” 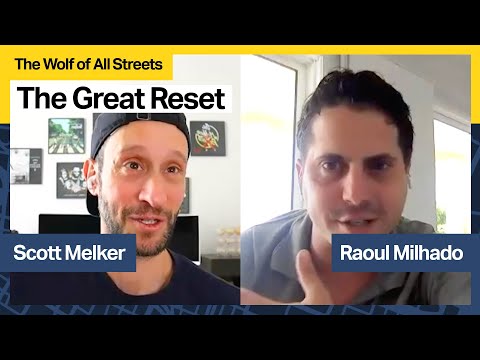