Blockcast.cc- News on Blockchain, DLT, Cryptocurrency
Home News From “a basket of currencies” to “stable coins”, what are the differences...
Share
Facebook
Twitter
WhatsApp
Linkedin
Telegram

Facebook plans to launch a stablecoin called Diem next year. Is it “new wine in old bottles” or a new design?

The social network giant Facebook’s currency issuance plan seems to have been finalized. Not surprisingly, they will issue cryptocurrency Diem in 2021. Since Facebook has designed the cryptocurrency Libra before, is there a new design for Diem this time? Or “new wine in old bottles”? Here is everything you want to know.

As a “renovated version” of Libra, Diem is more similar to Tether (USDT) or other cryptocurrencies linked to fiat currencies. It can be said that Diem is just a stable currency. Diem will run on the autonomous Diem blockchain, and all tokens will be stored in a digital currency wallet called “Novi”.

Diem can naturally be used for transaction payments, but unlike other stable currency blockchains, the Diem blockchain is programmable like Ethereum, which means that developers can create custom apps on Diem based on A smart contract development language called Move allows users to ensure network security in accordance with the logical constraints of “static typing”.

Similar to Ethereum, the Diem blockchain is supported by validator nodes. The validator nodes are currently approved by members of the Diem Association. These nodes need to confirm transactions and verify blocks. The figure below shows the validator workflow (source: Diem.com):

Earlier, media reports stated that the Diem testnet can only process 6-24 transactions per second, which is much lower than non-blockchain payment networks such as Visa or MasterCard. But in fact, the Diem blockchain is very concerned about efficiency issues. The actual transaction processing speed is actually very fast. It is expected that it can process 1,000 transactions per second when it goes online.

More importantly, Diem promises that transaction fees are “close to 0”. On the Diem blockchain, the interest income of reserve assets will be paid to validators, which means that they do not need to deduct 1 from each transaction as other payment companies do. -3% fee.

A brief history of Diem

In May 2018, David Marcus, vice president of Facebook’s instant messaging application business, was appointed as the head of the blockchain department. He previously served as the president of PayPal and was also a director of the board of directors of the cryptocurrency exchange Coinbase. Analysis of this personnel appointment means that Facebook will plan to develop a cryptocurrency-based payment platform.

As Facebook began hiring more and more cryptocurrency developers, the social media giant’s digital currency plan began to surface. The plan was first reported by the Wall Street Journal, and then other details related to Facebook’s digital currency Also began to flow out. At the time, Facebook planned to turn the instant messaging app WhatsApp into a cryptocurrency remittance tool and was preparing to launch a pilot program in the Indian market, but it failed to do so.

In June 2019, Facebook officially announced the launch of the digital currency Libra, and also disclosed in detail the specific structure of the project.

Initially, both Libra and its blockchain were supported by the Libra Association, which is a consortium of 27 large companies independent of Facebook. According to Facebook’s plan, they will build a digital currency wallet called “Calibra” for Libra (now renamed as Novi), and will support independent governance voting, but this way allows Facebook to gain from the digital currency Libra Profit.

But since then, the Libra digital currency plan has not developed as planned. By the end of 2019, some initial members of the Libra Association began to choose to leave, including Visa, Mastercard, PayPal, eBay, Stripe, Mercado Pago and Booking Holdings. In the end, Facebook had to rebuild the Libra Association, which also attracted some new members to join.

When the launch was announced, the Libra project also faced many regulatory obstacles, including the US Senate and some European regulatory agencies that did not support Facebook’s issuance of digital currency. For Libra, 2020 will not go smoothly, and it has not been released as planned. They have basically chosen to remain silent throughout the year.

In December 2020, Libra suddenly announced that it was renamed Diem and confirmed that it would be online in early 2021. At the same time, the original Libra Association was renamed Diem Association. Currently, the renamed Diem project is cooperating with the Swiss Financial Market Supervisory Authority (FINMA) to obtain a payment service license, which will allow it to operate in certain areas if all goes well.

In order to obtain regulatory approval, the Diem Association recruited a number of key individuals to lead the project, such as:

READ  How one bitcoin factor became a boon for Litecoin

Judging from the work experience and industry background of these new members, they are likely to help the Diem project enter a new stage and meet regulatory challenges while ensuring organizational independence.

The organizational structure of the Diem Association has not changed. Except for a group of members who left in 2019, the current members as of December 2020 are shown in the following figure:

Diem has been confirmed to be a stable currency, and like Tether and other stable currencies, it will be supported by traditional assets. If according to the early planning, Diem will be linked to government securities and legal tenders of different countries. According to the latest report of Fortune, the Diem token will be fully backed by the U.S. dollar and anchored to the U.S. dollar.

If it is pegged to the U.S. dollar, it means that the market value and circulation of Diem may not be fixed. The Diem Association can mint tokens when the Diem reserve increases, and it can also destroy the tokens when the reserve decreases. So far, there is no accurate data on the circulation of tokens issued when Diem goes online.

However, if we make a conservative estimate: For example, assuming that 5% of Facebook’s 2.7 billion global users have purchased $50 worth of Diem tokens, then the total market value of Diem will reach $6.7 billion, which is enough to make Diem become The top five cryptocurrencies in the world.

So far, we do not know which cryptocurrency exchanges will support Diem. If more exchanges support Diem trading in the future, more users will buy the token, which may further increase its market value. On the other hand, if Diem token intelligence is used through the Diem application, it is unlikely to attract the attention of the crypto community.

However, according to the information disclosed in the Diem white paper, the project is cooperating with “a number of fiercely competing cryptocurrency exchanges” in order to allow more users to freely buy and sell Diem tokens. As of December 2020, no cryptocurrency exchange has clearly stated that it supports Diem, but as members of the Diem Association, Coinbase and Xapo may provide some support.

READ  Rollup is not enough to solve the expansion problem? What is the difference between zkPorter by Matter Labs?

In addition, it is not clear what practical applications of Diem will be, and no major company has announced support for the Diem transaction. But it should be noted that some companies in the Diem Association may accept the token, including well-known global companies such as Shopify, Spotify, and Uber, and they all have the possibility of accepting Diem tokens.

It is worth mentioning that Facebook has not announced until now whether it will use Diem on its website, mobile application, and other affiliate products.

Is Diem a centralized digital currency?

The Diem blockchain is backed by a set of validators who confirm transactions according to Diem’s ​​LibraBFT consensus protocol, which ensures that no participants (including Facebook and Novi) can have too much power over Diem.

But it is undeniable that the Diem blockchain is still controlled by a small group of validators. Although Diem has always promised to achieve global financial inclusion, they must abide by regulatory regulations, which means that the Diem Association is likely to be able to list some addresses The blacklist will also prevent token transactions that violate relevant regulatory requirements.

If this is the case, the Diem design method may be contrary to the original intention of blockchain technology, because “Satoshi Nakamoto” originally designed Bitcoin to provide people with absolute financial freedom and unstoppable transactions.

Since the news that Libra changed its name to Diem, Diem has still received a lot of severe criticism in the market. Although the project seems practical and efficient, it is not the same as other blockchain projects. In addition, Diem’s ​​centralization issue may also cause some internal divisions in the crypto community.

However, Facebook is a very powerful brand, and this connection can help Diem succeed. Not only that, there are some strong global companies among the members of the Diem Association, so it can bring great help to Diem in terms of exchange listing and commercial adoption.

Information disclosure: The author of this article holds a very small amount of Bitcoin, Ethereum and altcoins. 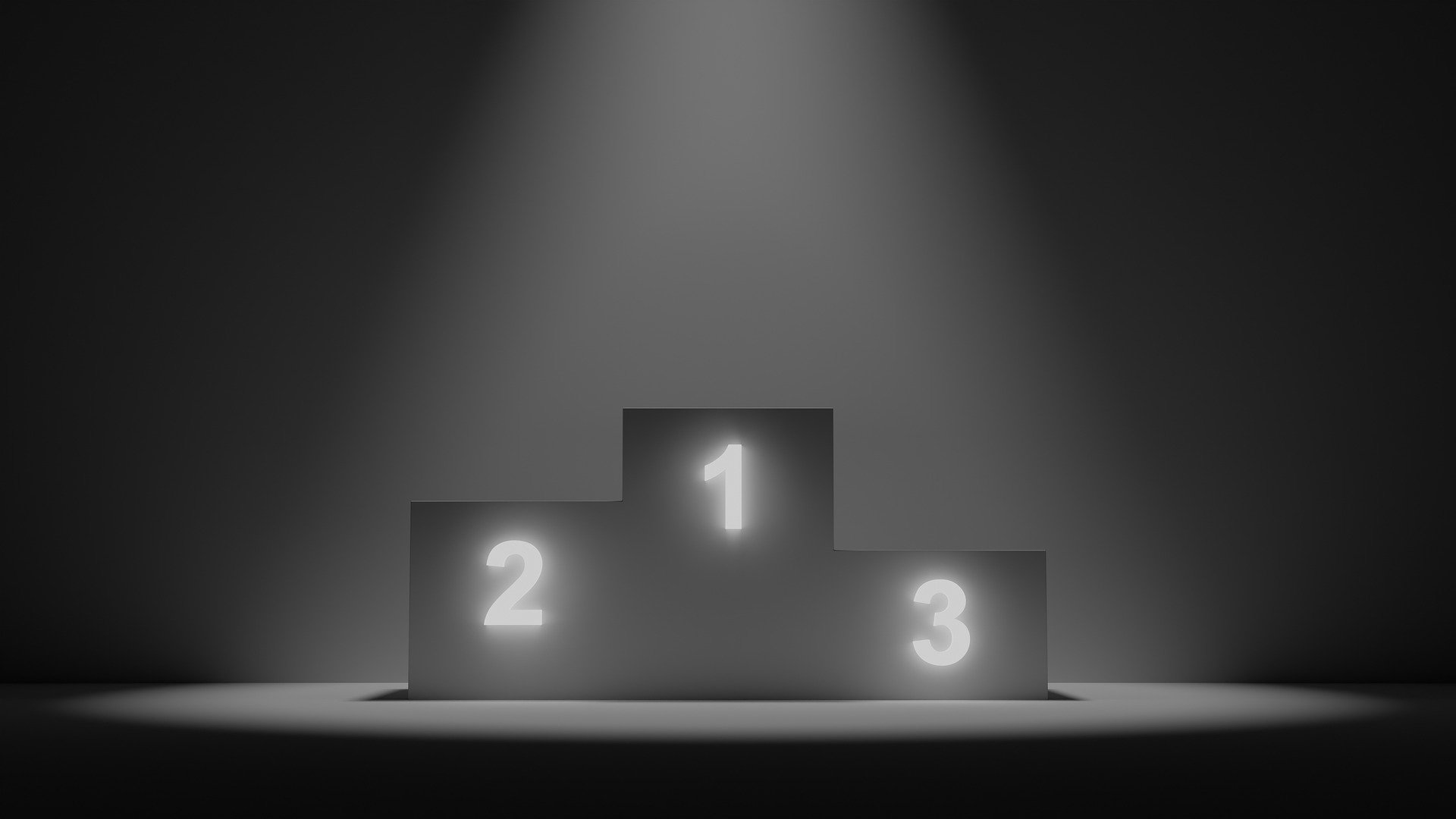