Grayscale bought 17,100 BTC in the past seven days

According to the Bybt.com team, Grayscale Investments purchased another 17,100 BTC in the past 7 days, worth approximately US$182 million. Further inspection of the Grayscale website revealed that the total value of its Bitcoin trust now amounts to $4.8 billion. (Ethereum World News)

BSV broke through the 170 US dollar mark, with an intraday increase of 8.8%

According to data from Huobi Global, as of 12 o’clock last night, BSV rose in a short-term, breaking through the 170 US dollar mark, and is now at 170.01 US dollars, an intraday increase of 8.8%. (Data source: BitUniverse)

Beijing Lianan: Kucoin stolen ERC20 tokens have been traded for 266 ETH through Uniswap

The Beijing Chain’s Chainsmap monitoring system found that as of 5 o’clock in the afternoon Beijing time, the ERC20 tokens stolen from the Kucoin exchange had gained about 266 ETH through Uniswap trading. According to SXWK, an on-chain security expert on Beijing Lian An, today the addresses involved in the case were mainly transferred out of three ERC20 tokens: OCEAN, ORN, and KAI, and some of them were assigned to three addresses after the intermediate address jump. Currently, the one that has been traded through Uniswap is OCEAN .

SXWK said that trading through DEX seems to circumvent the regulatory measures of centralized exchanges, but it is a currency transaction after all, and the ETH obtained by the transaction still has a subsequent disposal problem. After this transaction, the person involved transferred 118.6 ETH to a new address.

Longhash: The total number of BTC on the ETH network has increased 92 times this year

Longhash said that since the beginning of this year, the total number of BTC running on Ethereum has doubled 92 times, reaching a total of 1.2 billion US dollars. Among them, WBTC accounted for 73.8% of the total.

MESS, an ETC security solution that can effectively resist 51% attacks, is expected to be activated at 23:00 on September 28

The ETC security solution proposed by the ETC Labs and ETC Core teams called “MESS” that can prevent 51% attacks will be activated at a block height of 11,295,300. Based on the current block generation time, it is estimated to be about 23:00 on September 28, Beijing time. All exchanges, mining pools and other nodes need to update the Core-geth client to implement the MESS solution.

Note: “MESS” is developed by Isaac A. Isaac A. Cooperating with OpenRelay and ChainSafe, which is responsible for the ETC core protocol. It has been successfully tested. By treating large block reorganization as suspicious objects and greatly increasing its cost, it eliminates all Motivation for profit, which will force the difficulty of large-scale restructuring to launch attacks greatly. This innovative solution is an evolution of the “Exponential Subjective Scoring” solution proposed by V God in 2014.

Justin Sun: The first round of production cuts in SUN mining will be officially carried out at 23:10 on September 30th, Hong Kong time

Justin Sun tweeted on his personal Chinese Twitter that the first round of Suncoin SUN mining production reduction will be officially carried out at 23:10 on September 30th, Hong Kong time, and will cooperate with Justswap to continue a new 14-day pledge mining activity .

Gao Chao, the head of the operation of the DeFi Lab of Huobi Group, said that the BSN open consortium chain plans to build 24 open consortium chains, all based on the transformation of the internationally renowned public chain architecture. In terms of supervision, strict access and supervision mechanisms will be established. The relevant state departments can remove the BSN open alliance chain that violates the regulations and put it on the shelf after the rectification review is passed. In terms of nodes, the open alliance nodes are deployed in BSN domestic public city nodes, and each open alliance chain deploys 5-10 nodes when it starts. For Gas, developers must use RMB to recharge in the BSN portal, and then use RMB to purchase energy value to pay for application related fees. (Golden Finance)

READ  Buying a Tesla With Bitcoin Exposes This Flaw, Don’t Get Caught Out

Yibang International’s net loss in the first half of the year narrowed by 66%, and its stock price rose over 85% in the first three months

According to the report, the decline in operating income was mainly due to the combined effects of COVID-19 and the Bitcoin halving event. The expected revenue of Bitcoin-related activities (such as mining) decreased, resulting in a significant reduction in the demand for mining machines and average selling prices. In terms of computing power, during the reporting period, the total computing power sold by Yibang International was 250,000 Thash/s, a year-on-year decrease of 86.02% from the 1.82 million Thash/s in the same period in 2019. In terms of cost expenditures, in the first half of 2020, Ebang International’s cost expenditures were US$12.09 million, a year-on-year decrease of 70.13%. According to the report, the year-on-year decline in cost expenditures is in line with the downward trend in sales. In addition, Ebon International’s operating expenses (sales expenses + management expenses) in the first half of the year were US$7.7105 million, a year-on-year decrease of 19.69%. (The Paper)

MicroBT announced on Friday that it has reached a partnership with Foundry, a mining subsidiary of Digital Currency Group (DCG). At the same time, it also announced that it has signed a production contract with a Southeast Asian company to directly produce Shenma mining equipment for the company’s North American customers to improve supply chain efficiency. It is reported that the reason for choosing overseas production is that US companies or individuals directly import mining equipment from China are currently subject to a 25% tariff. (Bitcoin.com)

On September 26, Ravencoin core developer Tron Black published a blog post stating that the Ravencoin community is raising funds for security audits to ensure that the code is safe and provide guarantees for users/enterprises. According to Tron Black, security audits require an advance payment of nearly $40,000 to third-party agencies.

Blockchain startup Data Gumbo, headquartered in Houston, announced that it has received US$4 million in Series B financing, with L37 participating for the first time. Saudi Aramco Energy Ventures LLC, a joint venture subsidiary of Saudi Aramco, is headquartered in Stavanger, Norway. Equinor Ventures, the venture capital arm of Equinor, once again participated in the investment. To date, the company has raised nearly $15 million in funding.

Shenyu: optimistic about the future development of DeFi privacy protection 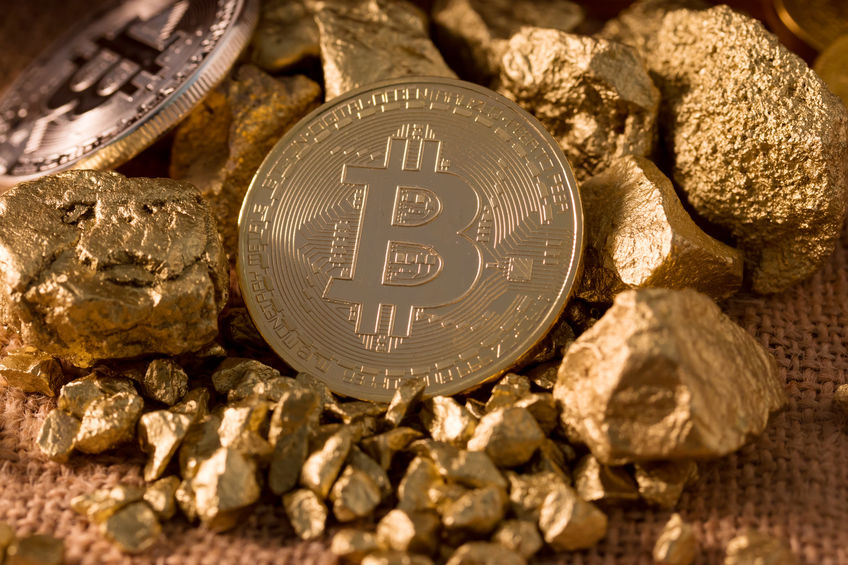 BTG Pactual ties with Gemini to launch a BTC fund; Sends BTG to the moon 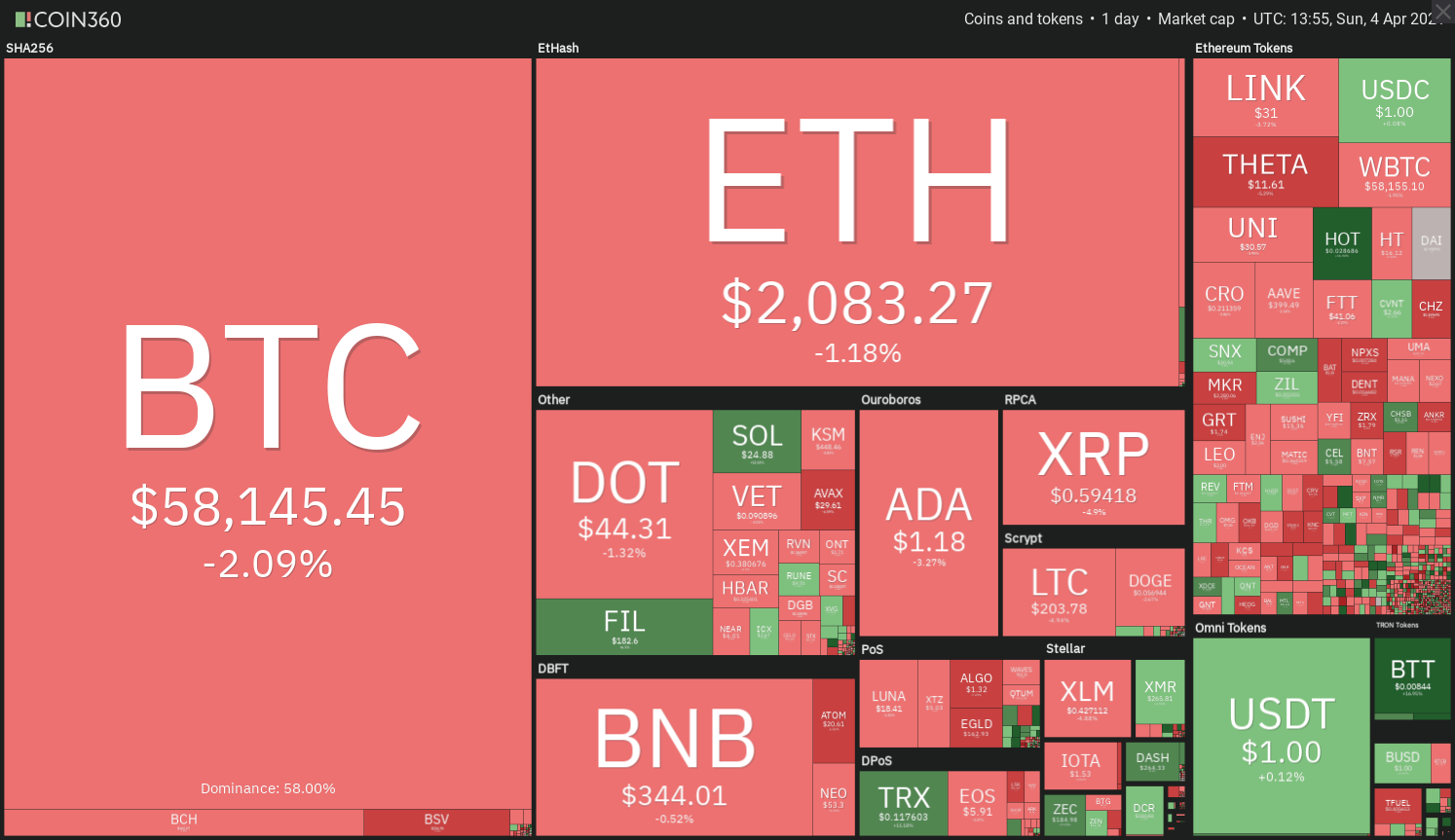