After three years of absence, the long-awaited bull market for Amber finally returned.

On the evening of December 16, Bitcoin exceeded $20,000 in one fell swoop, setting a new record high. The next day, Bitcoin continued to gain momentum, successfully rising to 23,000 US dollars, and the total market value exceeded 400 billion US dollars. This market value not only beats Maotai, the most expensive A-share market, but also exceeds the combined market value of Industrial and Commercial Bank of China and Agricultural Bank of China.

While Bitcoin is advancing by leaps and bounds, mainstream media such as CCTV have followed suit, and even many outsiders have also rushed to report, and there is a tendency for the whole people to talk about Bitcoin.

However, according to the Securities Daily report, when the price of Bitcoin exceeded the $20,000 mark, a large number of individual investors began to influx, which once caused stalls or downtime in many cryptocurrency trading platforms such as Binance and Huobi.

The reason is obvious: the encrypted market is inherently niche, and the trading platform has limited carrying capacity. The sudden “visit” of a large number of users under extreme market conditions will inevitably make the server “indigestible”.

And this is just the beginning.

In the future, as a large number of over-the-counter institutions and retail investors enter the market, how the trading platform can continue to iterate to provide users with more stable and smooth trading services is worth pondering.

In this context, OKEx, the leading platform in the circle, offered “unified accounts” and chanted “redefining transactions”, almost occupying most of Amber’s social media, WeChat groups and circle of friends.

What exactly is a “unified account”? Can it redefine trading? The author actually participated in the simulation test for this, and at the same time investigated some practitioners, trying to find out.

On the evening of December 23, the OKEx press conference announced the launch of a unified trading account system and started the global public beta. “Redefine trading? The marketing gimmick may be even bigger.” For the unified account launched by OKEx, many investors take a wait-and-see attitude, and there are many similar views.

Senior trader Geng Feng doesn’t think so. Having been in Amber for many years, Geng Feng is a VIP of multiple exchanges, especially good at contract trading. A few days ago, he signed up to participate in the OKEx Unified Account Classic.

Geng Feng has participated in a lot of similar simulated trading competitions before. For him, sharing bonuses is a small matter, but opportunities to discover them are great.

In the next few days, when Feng Geng participated in the test of the demo disk, the official released the introduction of the unified account one after another. According to the description, the unified account is a new generation trading system launched by OKEx for the majority of users. It supports the use of multi-currency assets in one account to trade spot and various derivatives at the same time.

READ  Can the unbeatable Uniswap hold the banner of DeFi?

Under the new account model, users no longer need to transfer funds between multiple accounts, and the profits and losses of different business lines can offset each other and settle in real time, thereby improving the user’s capital utilization rate.

Geng Feng felt deeply about this. Due to the simultaneous configuration of multiple currency contract strategies, he only has more than 5 decentralized accounts in OKEx, and needs to switch back and forth during operation. “Once you encounter extreme market conditions, some accounts will not have time to take profit/stop loss.”

Today, these accounts are unified through technical means, and users can trade the five major products of currency, leverage, delivery, perpetual, and options with only one account.

In Geng Feng’s view, this is a very meaningful attempt at the exchange level. After all, the other platforms he has come into contact with currently do not have similar functions. “If other platforms do not follow up immediately, many users may move to OK.”

This coincides with the viewpoint of the Weibo V “Eos Jun Channel”. After participating in the unified account test, he bluntly said: “Once the OKEx unified account is online, it is estimated that programmers from other exchanges will have to work overtime overnight to copy homework…”

In general, the industry currently has two attitudes towards OKEx unified accounts: one is suspicion, such users have not yet participated in the new account test, and lack of awareness of related concepts and functions; the other is expectation, such users have participated in the demo disk Transaction, good feedback on the realization of related functions.

As OKEx said, the unified account will provide three new account models, so who are the investors for each model? How will these new models redefine trading?

Based on my own testing experience, the author has included the target population, transaction types and main characteristics of the three new account models as follows:

As we all know, due to the wide variety of OKEx transactions, the original account model will give these users a dazzling feeling, and the upcoming simple transaction model is equivalent to subtraction on the original basis to minimize their troubles.

However, it should be noted that option products have not yet been widely popularized in the domestic market, and it is very unlikely that novice users will participate in transactions extensively in the short term.

READ  DeFi Trend Insight: Will license-free modular applications lead the next round of innovation?

In this account mode, users can choose to trade in full position or by position mode. When the user transfers the assets to the full position account, he can trade 5 categories of currency, leverage, delivery, perpetual, and options at the same time. All trading types that use the same currency asset for settlement can share margin and can offset profit and loss; On a warehouse-by-warehouse basis, each warehouse-by-warehouse position is individually isolated from the risk of the account, and the profits and losses are borne by themselves.

Compared with the simple transaction model, the single currency margin model is obviously more advanced. It is equivalent to a unified summary of the previously dispersed accounts, realizing the sharing of margin across business lines and offsetting profits and losses.

For investors, this upgrade will bring at least two significant improvements: 1. Improve the capital utilization of arbitrage, hedging, and market making among spot contracts; 2. One page to manage all assets and business line positions.

The users who participated in the simulation test have already experienced this. The senior trader Niu Lei has repeatedly urged the official to unify the account as soon as possible: “Take advantage of the recent good market conditions and the high enthusiasm of users for trading, OK programmers hurry up and help us change the shotgun!”

Specifically, in a multi-currency margin account, the user’s assets in different currencies will be converted into US dollars to be used as the margin for order verification and position holding. When the user’s balance or equity in a certain currency is insufficient, but the overall dollar value is sufficient, the user can also sell the currency spot or trade the currency as the settlement currency contract.

For example, if we currently hold Bitcoin, but want to make a short-term contract for a certain DeFi currency, we could only exchange the Bitcoin and open the contract. It is easy to be thrown off the car. Now we can directly take the Bitcoin. To open a DeFi currency contract.

However, investors need to be reminded that this type of account is more suitable for institutional users, because the implementation principle is relatively complicated, and ordinary investors can meet most of the trading needs by choosing the first two modes.

Can the transaction be redefined?

Through specific analysis of the three modes of OKEx unified account, we have actually roughly understood its advantages. So can it redefine trading?

Regarding this issue, we might as well consider from the three levels of users, exchanges and industries. These three levels represent the micro, meso and macro perspectives, which facilitate our comprehensive understanding of this new species.

For most investors, under the premise of ensuring the safety of funds, there are mainly two core demands. One is to obtain more convenient and smooth transaction services, and the other is to increase the utilization rate of funds as much as possible to maximize profits. The two points seem to be consistent with the design starting point of the OKEx unified account.

According to the official OKEx, many users have already participated in simulated trading and have put forward many suggestions. As for whether the OKEx unified account can finally meet the all-round demands of users, you might as well wait patiently for a while.

For centralized exchanges, 2020 can be described as challenging. First, the DeFi wave struck, and the strong rise of DEX represented by Uniswap had an impact on the dominant position of CEX; second, the leading platforms including OKEx and Huobi were caught in turmoil one after another, which caused the development of their respective businesses. Certain influence.

How to consolidate one’s own moat under numerous challenges is a test of every centralized trading platform. The launch of the OKEx unified account can actually be seen as an active attack by this veteran giant.

First of all, centralized exchanges have inherent advantages in terms of trading experience, and OKEx unified accounts further magnify this advantage, which is beyond DEX’s ability to compete. Of course, DEX and CEX are not a hostile relationship. It is said that OKExChain has more layouts at the DeFi level, and it is expected that it will bring some new gameplay.

Secondly, although OKEx has been using real money to retain users since the opening of the withdrawal, some users still choose to withdraw and leave. However, users vote with their feet. The launch of this unified account is not only expected to attract these users back, but also is expected to dig into the corners of other exchanges. After all, OKEx is ahead of its friends in terms of trading model iteration.

The price of Bitcoin has repeatedly hit new highs, and the cryptocurrency market has embarked on a new journey. The underlying facilities related to transactions also need to be iterated in a timely manner, not only to meet the higher-level transaction needs of on-site users, but also to prepare for large-scale off-site users.

The launch of the OKEx unified account can be regarded as a positive attempt, because compared with the traditional account model, OKEx’s move is simplified, allowing one account to trade currency, leverage, delivery, perpetual, and options. User’s capital use efficiency.

It is foreseeable that after the official launch of the OKEx unified account, it is expected to cause peers to follow suit, and this is likely to elevate the trading model of the entire market to a new level.

As for whether the OKEx unified account can redefine transactions, we might as well leave the answer to time.

(Note: At the request of the interviewee, Geng Feng and Niu Lei in the text are pseudonyms)

Can the annualized rate of return of an encrypted savings account reach 20%? Anchor take a look 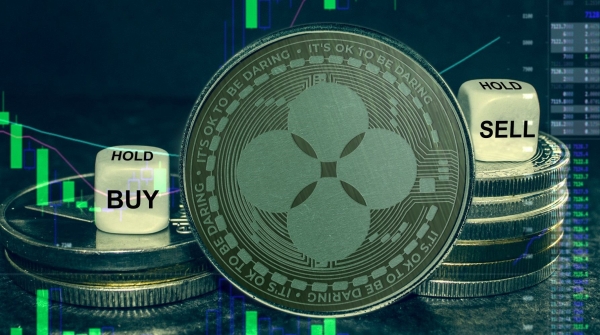 From plagiarism to innovation, what new developments will SushiSwap have in the second quarter worth looking forward to?