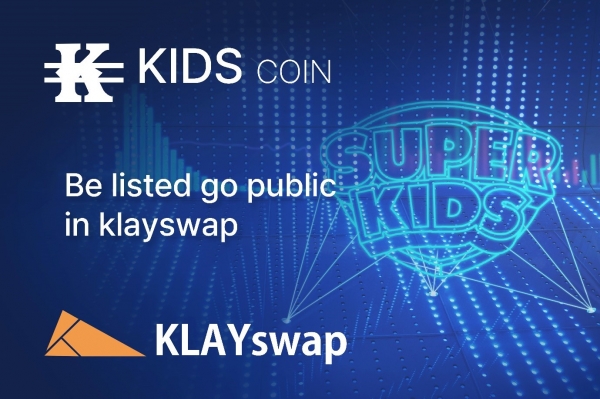 [Blockchain Today Correspondent Han Ji-hye] ‘SUPER KIDS’, a platform for children’s right growth project, announced that it will list on KLAYswap and support pools to enter the Defi market, a decentralized financial service. announced on the 21st.

According to the announcement, Super Kids (KIDS) will provide coin liquidity through Klaytn-based Klaytn-based Kids Token (KIDS) and Klay (KLAY) pairs. and KLAY can be freely exchanged. In addition, if you participate in the pool and supply liquidity, you can receive KIDS and KLAY as a transaction fee as a reward.

The Super Kids Foundation is preparing for multiple listings in foreign and domestic markets, including the global exchange and the Korean won market. According to an official, the platform plans to list all of KIDS this year, starting with the overseas exchange in March, and also established Super Key Holdings Co., Ltd., the domestic business general corporation, and CEO Kim Hyun-ho, a veteran with 30 years of experience in distribution such as Lotte Department Store. (56) was appointed.

In his inaugural address, CEO Kim Hyun-ho said, “We have helped the growth of more than 500 partner brands over the past 30 years, and based on this, we are raising the value of the Super Kids brand, and swapping each user through expansion of various partners and collaborations with the know-how and strategy. , and joint marketing, ultimately increasing the use of KIDS Coin in the real economy, and expanding the value and ecosystem of KIDS Coin.”

Super Kids collects and analyzes children’s physical data, such as physical development and physical fitness measurement, as big data for about 1.97 billion children around the world. It is a blockchain project that helps physical and emotional growth through learning ability, maladaptive psychology, and behavioral psychology.

A core researcher at Super Kids said, “We just need children to have fun and have fun. Analysis or research is up to us. Children forget everything and just play and have fun. We reward children who play well so that they can play better, and analyze and study the data. If there is and can be analyzed, maybe it is possible to know the talents of children in advance and develop them further? We could see another possibility through this study. We will approach children’s growth systems through play and rewards more scientifically, and develop proper growth and behavioral habits. To this end, we will collect and analyze the world’s largest child growth big data to create a new paradigm for child growth and development.”

Super Kids currently has online and offline markets such as Doctor Balance, Little Mountain, and Ticket Chatter, and is operating in cooperation with 16 children’s theme parks nationwide. The number of annual users reached 1.5 million as of 2019, securing a large number of users. In addition to this, cooperation with ticket chat, the top social commerce platform in Korea, such as performances, culture, leisure, and accommodation, was added, and it is said that in the future, an MOU with a global travel app and a major travel agency will be signed in the near future.

Lastly, the Super Kids Foundation said, “We will continue to make great efforts for Super Kids who know, protect, and create values.”

Attention is paid to the growth of Super Kids, a project that targets the right growth of children growing up in difficult times due to the corona virus. 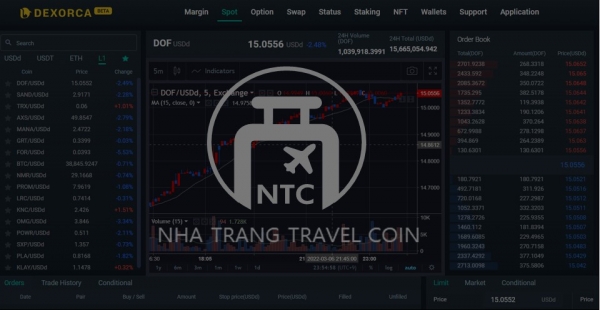