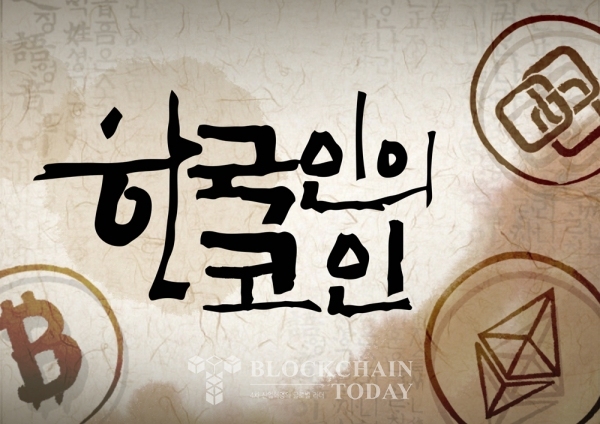 Cosmos Coin (宇宙币) or simply Cosmos is a cryptocurrency for interchains that connects different blockchains. The Cosmos Chain plays a role in connecting multiple blockchains that exist independently of each other through a network so that they can communicate with each other so that they operate in connection with each other like the Internet of blockchain. The Cosmos network consists of several independent parallel blockchains called zones. Each zone operates as a Tendermint Byzantine Fault Tolerant (TBFT) consensus algorithm, and the Cosmos Hub operates as a backbone network connecting each zone. The company that developed the Cosmos Chain is Tendermint, and the founder is Jae Kwon (Kwon Yong-jae), a Korean-American.

He is the founder of Cosmos Coin. He is Korean-American, and his Korean name is Yongjae Kwon. He majored in computer science at Cornell University in the U.S., and created a Tendermint consensus algorithm to solve the problem of an attack that exploited Nothing at Stake, a flaw in the proof-of-work method. It emerged as a celebrity in the industry. He is still focusing on development and research to improve Tendermint and expand the ecosystem. Currently, he serves as a board member of the Interchain Foundation in Zug, Switzerland, promoting the vision of Cosmos and working to increase the interoperability and scalability of the public blockchain.

The developer is Shin Hyun-sung, the founder of Timon (formerly’Ticket Monster’) and chairman of the board of directors, and the founder of Terra, a cryptocurrency used for payment in internet shopping malls.

ICON is a cryptocurrency that connects different blockchains. ICONLOOP Co., Ltd. (CEO Jonghyup Kim) participated in the technology development. ICON is a representative cryptocurrency using the interchain algorithm. By using interchain, products or services that can only be purchased with cryptocurrency A can be purchased with other cryptocurrency B connected through interchain. Aion (AION) is a similar cryptocurrency that belongs to the interchain. The monetary unit of the icon is ICX. Launched in October 2017, iKON reached the top of the cryptocurrency market in a short period of time, and in August 2018, it reached the 31st place in the cryptocurrency market cap and was also called “Korea’s Ethereum”. ICON stands for hyper connectivity, that is, high connectivity, and connects various communities such as public institutions, companies, universities, finance, and hospitals across borders and industries. This huge community is an organism and ecosystem that provides fast and instant remittances and many other data without transaction fees. As such, iKON aims to make the borders between blockchains disappear, such as finance, healthcare, public sector, and e-commerce.

CEO Kim Jong-hyup graduated from Pohang University in 1999 and has been in the field of information security for about 20 years. In 2016, he first encountered blockchain technology, conducted a private blockchain project of the Financial Investment Association, and joined The Loop in January 2017. After that, he was elected CEO of The Loop in July. In September 2018, The Loop Co., Ltd. was renamed to ICONLOOP Co., Ltd.

Bora Token is a cryptocurrency for digital content blockchain platforms such as games and software. The company that created Bora Token is Way2Bit, and the CEO is Gye-han Song. It has attracted a total of 2 billion won investment from Doonamu & Partners and Kakao Games. BORA is short for Blockchain Orchestrated Redeemable Asset. Bora Token is a digital token based on the ERC-20 smart contract protocol issued by BoranetworkPET, a blockchain technology company. Bora Token is used for the purpose of distributing content business and activating users within the ecosystem. Content service providers of various types, such as games, novels, communities, and entertainment, can easily and quickly provide their services through the BORA platform. The BORA platform is designed with a modular architecture to enable independent blockchain execution for each content provider, and through this, it provides a safe service environment by ensuring independent data and transaction execution from the influence of other operators in the platform. On the other hand, users can use various content services incorporated in the BORA ecosystem as a single user experience.

MovieBloc is a participant-centered movie distribution platform based on a blockchain. It started as the movie business of Pandora TV, a KONEX listed company. MovieBloc provides creators with transparent revenue history, viewer data, and fair screening opportunities, and provides various movies and contents to audiences, and provides rewards for curation, subtitles, and promotions that contribute to the MovieBloc ecosystem. MovieBloc is based on Ontology, and MovieBloc Token (MBL), the cryptocurrency of the MovieBloc platform, was first listed on GateIO after going through several cobak Lives and then brilliantly on Upbit, Bithumb, Ontrade, MXC, and Viki Exchange It was also listed on Indiadax, the number one exchange in Southeast Asia. As of early February 2020, MovieBloc’s market capitalization is 9.5 billion won. On February 18, 2020, MovieBloc acquired Cobak, a Korean cryptocurrency community.

Representative Kang Yeon-kyung is the co-founder and CEO of Silver Movie Block. After graduating from Flim & Television at Boston University in the US, he joined CJ E&M, worked as an analyst, and was responsible for film distribution, global sales planning, and business affairs. I saw an analysis that when the block chain and contents are combined, various synergies can be created, and I thought that the film industry could be changed through the block chain, so I joined Pandora TV Co., Ltd. and joined the block chain team, and Pandora TV Co., Ltd. I became the representative of MovieBloc, the ongoing blockchain project.

Quiztok is a cryptocurrency for a blockchain-based knowledge sharing platform to take and solve quizzes. QuizTalk is a cryptocurrency for the quiz content platform. The currency unit of QuizTalk is QTCON. Users of various ages can produce content through the QuizTalk questionnaire system. For quizzes, harmful problems, duplicate problems, and incorrect answers are filtered through a verification system. The QuizTalk platform is a quiz pool for creators and advertisers, and various participants, including advertisers, can easily participate without intermediaries based on a trust network. Quiztalk is an advertisement reward ecosystem in which everyone shares the rewards generated by advertisement exposure. When the quiz is solved and the advertisement is exposed, the QuizTalk users (the quiz creator, the quiz curator, and the quiz pooler) share the total reward points allocated to the quiz by a certain percentage. When a QuizTalk user acquires a certain point, it can be exchanged for QTCON by a smart contract on the blockchain, and all transaction information is recorded on the QuizTalk blockchain.

Chang-seop Jeon, CEO of Quiztok, served as the CEO of Gputech Co., Ltd. in 2011, graduated from Ajou University MBA Strategic Management in 2015, and then founded QuizTalk in January 2017.

Observer is a utility coin used for trading observation data. Coins are mined by observing and providing them to the Observer Foundation. When the observation is made as a performance, the observer has an OBSR token, and the observation information is copyrighted, and is encrypted and recorded in (ROT). All data is managed using big data technology after loosening quality. Consumers can purchase OBSR on the exchange and acquire data through the Observer Foundation. OBSR is not a conceptual cryptocurrency, but a cryptocurrency combined with weather data used in real life. While most cryptocurrencies are issued based on a business model that they intend to realize in the future, OBSR is a utility coin developed to produce and trade an entity called meteorological data. It also aims to collect high-resolution weather data and receive compensation for it using smartphones, cars, weather stations, ships, and aircraft.

CEO Sejin Kim majored in Computer Industrial Engineering from Yonsei University and received a Master’s Degree in Engineering Management from Tufts University. He has expertise in IT-related areas and is actively active in the ICT and IoT fields as a representative of the recapture.

Binance Coin [BNB] investors can capitalize on these entry triggers 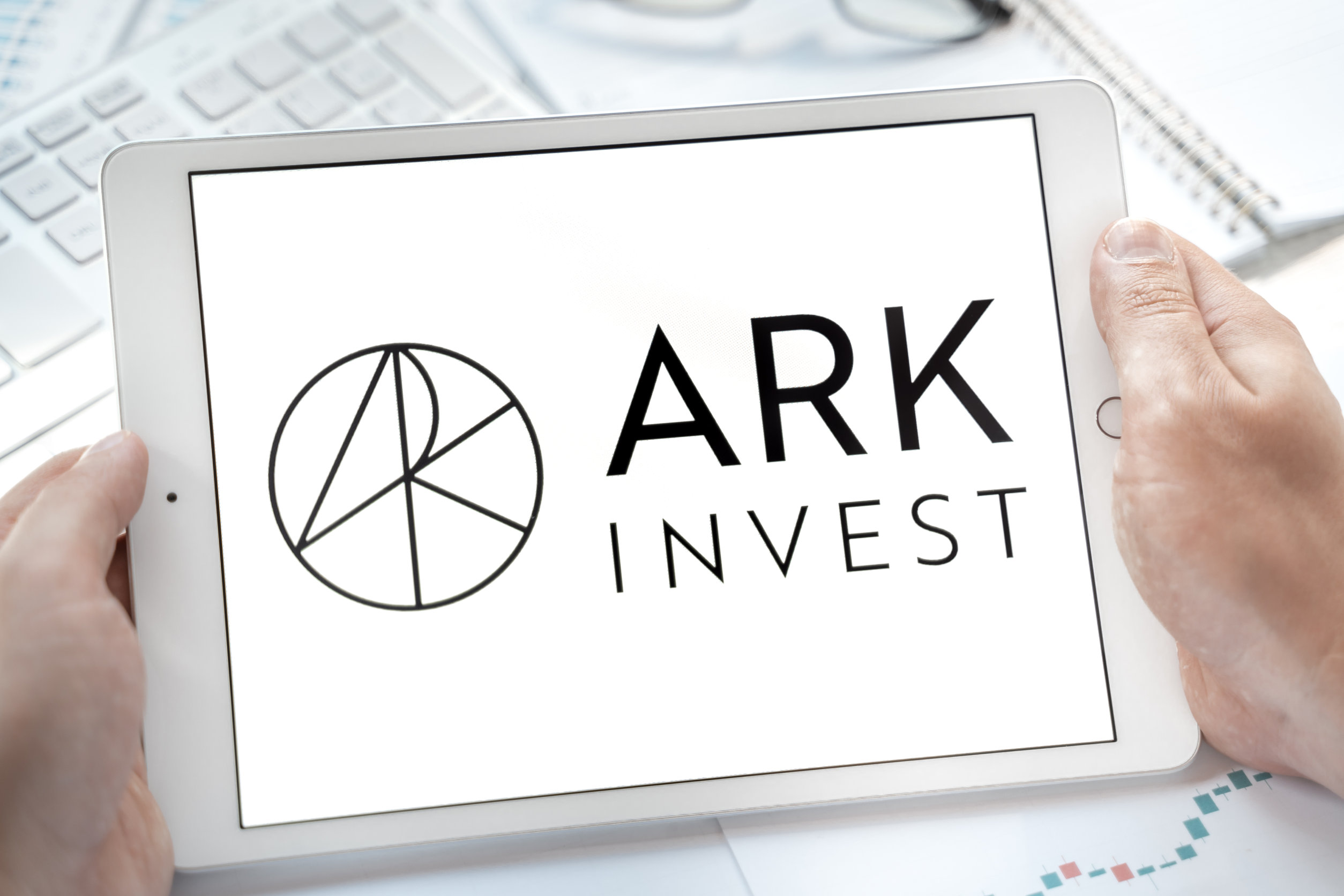