On the 19th, Democratic Party presidential candidate Lee Jae-myung answered the question of <News 1> at a meeting with the representatives of the four major domestic cryptocurrency exchanges (Upbit, Bithumb, Coinone, and Korbit).

As the Amended Act on the Reporting and Use of Specific Financial Transaction Information (Special Act) came into force in March last year, businesses dealing with cryptocurrencies (cryptocurrency exchanges, cryptocurrency wallet companies, etc.) The business had to be reported to the Analyst (FIU) under certain conditions.

About 20 small and medium-sized exchanges, except for the four major exchanges, are unable to secure real-name accounts. They cry and eat mustard to run their business, so they end the operation of the won market and support only cryptocurrency transactions (such as buying and selling cryptocurrencies with Bitcoin and Tether).

In the case of the cryptocurrency market, the procedure is more complicated than that of a KRW transaction and an additional (KRW) exchange fee is incurred, so the use rate of investors is low. In response, small and medium-sized exchanges are appealing to the threat of survival and appealing to the financial authorities to issue real-name accounts.

See also  Cryptocurrency Hardware Wallets Can Get Hacked, Too

Candidate Lee said, “I think autonomous competition is the most important factor in the market.” “I think it would be good to create a situation where people can compete autonomously as long as there is no chaos, disturbance, inefficiency, and excessive competition.” ‘ he added.

Meanwhile, at the opening speech of the event, Candidate Lee introduced, “Cryptocurrency has become a global financial economy that cannot be ignored,” and promised, “We will support the domestic cryptocurrency industry to gain an edge in the global market.”

Candidate Lee wrote in the guestbook of the event, ‘You must be able to see the invisible to advance into the future. I am cheering you on.”

See also  Gemini reports major system 'performance degradation'... "There is no effect on accounts and funds" 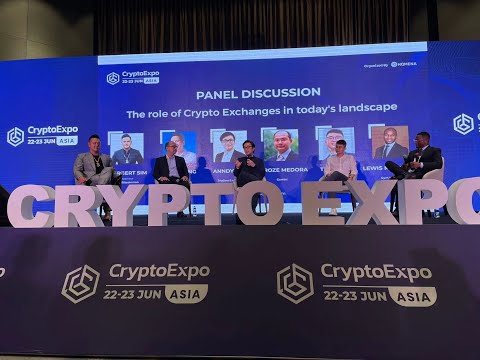 Binance Coin: BNB attempts a recovery but this is what lies on its way