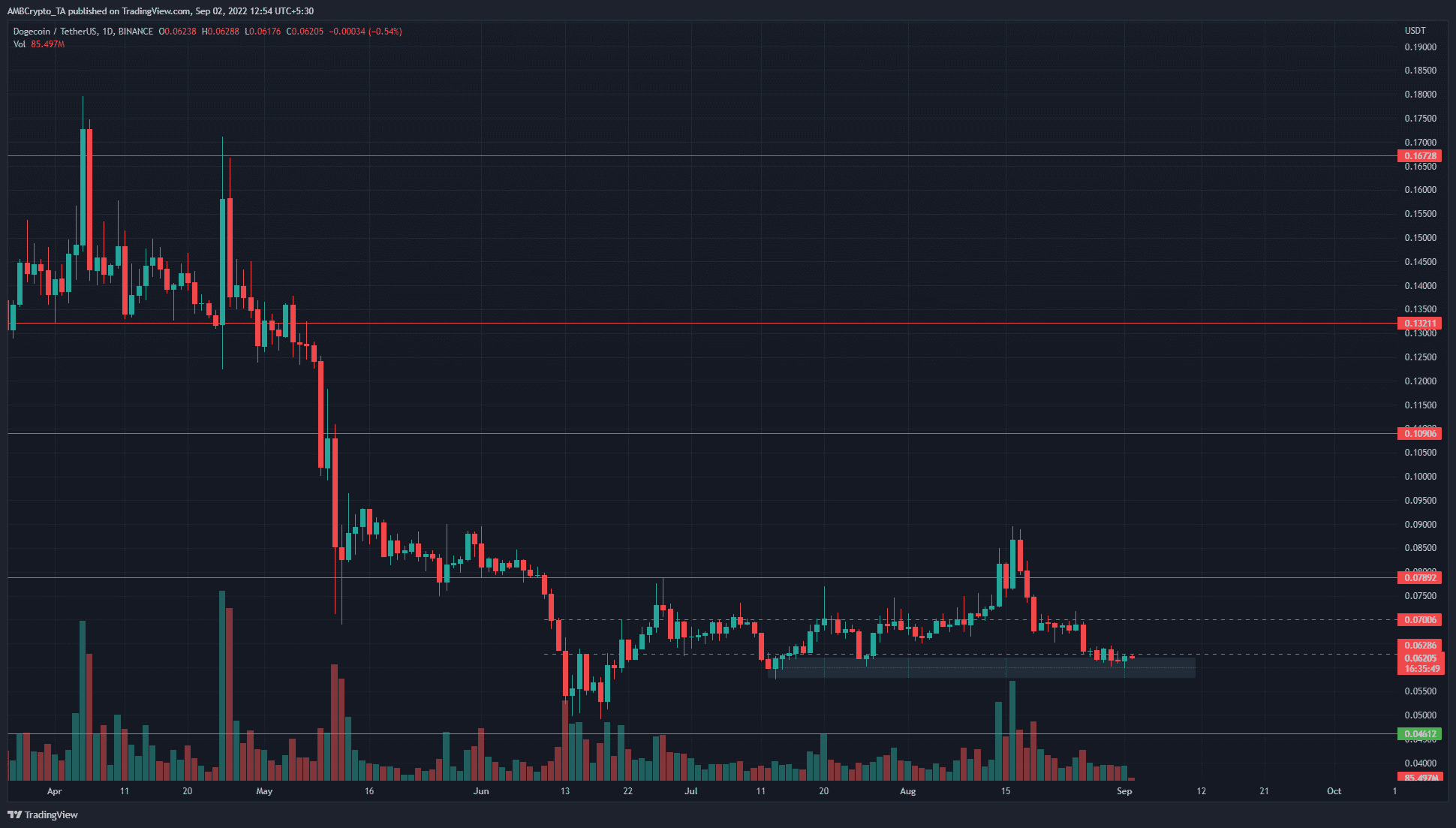 Disclaimer: The findings of the following analysis are the sole opinions of the writer and should not be considered investment advice.

Dogecoin [DOGE] has been in a downtrend since November 2021. The downtrend has been interspersed with swift rallies of double-digit percentage gains. One such rally for DOGE in the past month, when DOGE climbed nearly 50% from the $0.059 low to reach the $0.087 high in August.

At press time, Dogecoin sat precariously in a demand zone. The longer timeframe market structure was bearish for Dogecoin, and Bitcoin showed weakness on the charts as well.

The movement of Bitcoin always has a strong impact on the performance of altcoins. Dogecoin and similar meme coins have a tendency of popping off near the end of a Bitcoin rally and crash harder than Bitcoin.

At press time, DOGE traded at $0.062 and was within a zone of demand from July. Based on price action, a move to $0.07 appeared plausible.

The liquidity in the $0.06 pocket can be tested by another wick downward, but so long as the price does not close a daily session below $0.057, there was a chance of a move upward.

This idea gains some credibility when we consider the fact that July and a good part of August saw DOGE range between $0.063 and $0.07.

Yet, Bitcoin faces stiff resistance at $20.4k and $20.8k. If BTC can climb past these levels, Dogecoin might be able to gather the impetus for a move upward. 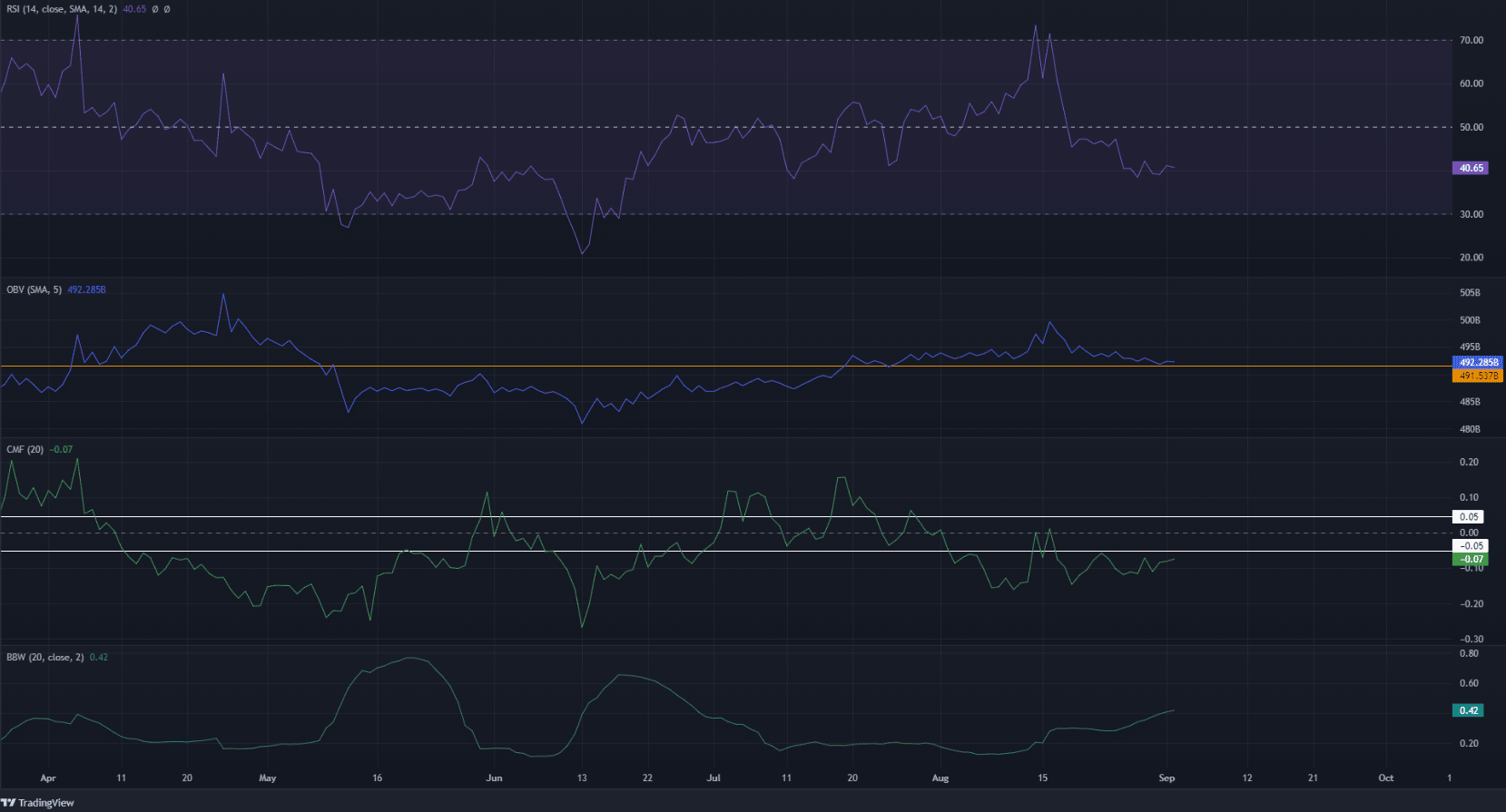 The indicators showed some bearish bias for DOGE. The Relative Strength Index (RSI) slipped beneath neutral 50 in the past two weeks, to highlight bearish momentum on the daily timeframe.

The On-Balance Volume (OBV) did not see a sharp drop. In fact, the OBV also stood at a level of support that has been respected in the past few months. The Chaikin Money Flow (CMF) has shown intense selling pressure throughout August.

The Bollinger Band (BB) Width indicator was also on the rise. The indicator reflects the recent surge in volatility following DOGE’s drop from $0.085.

This downward move hinges on Bitcoin falling on the price charts. The $19.2k-$19.6k is a region BTC bulls would want to see defended.