The DeFi market sector is booming. A glimpse at CoinMarketCap’s DeFi token rankings shows that the top 10 altcoins by market cap within this space are positing massive gains, except for Dai since it is a stable coin. Among all of these surging cryptocurrencies tokens is the decentralized governance token Maker, which is up over 30% in the past 24 hours. 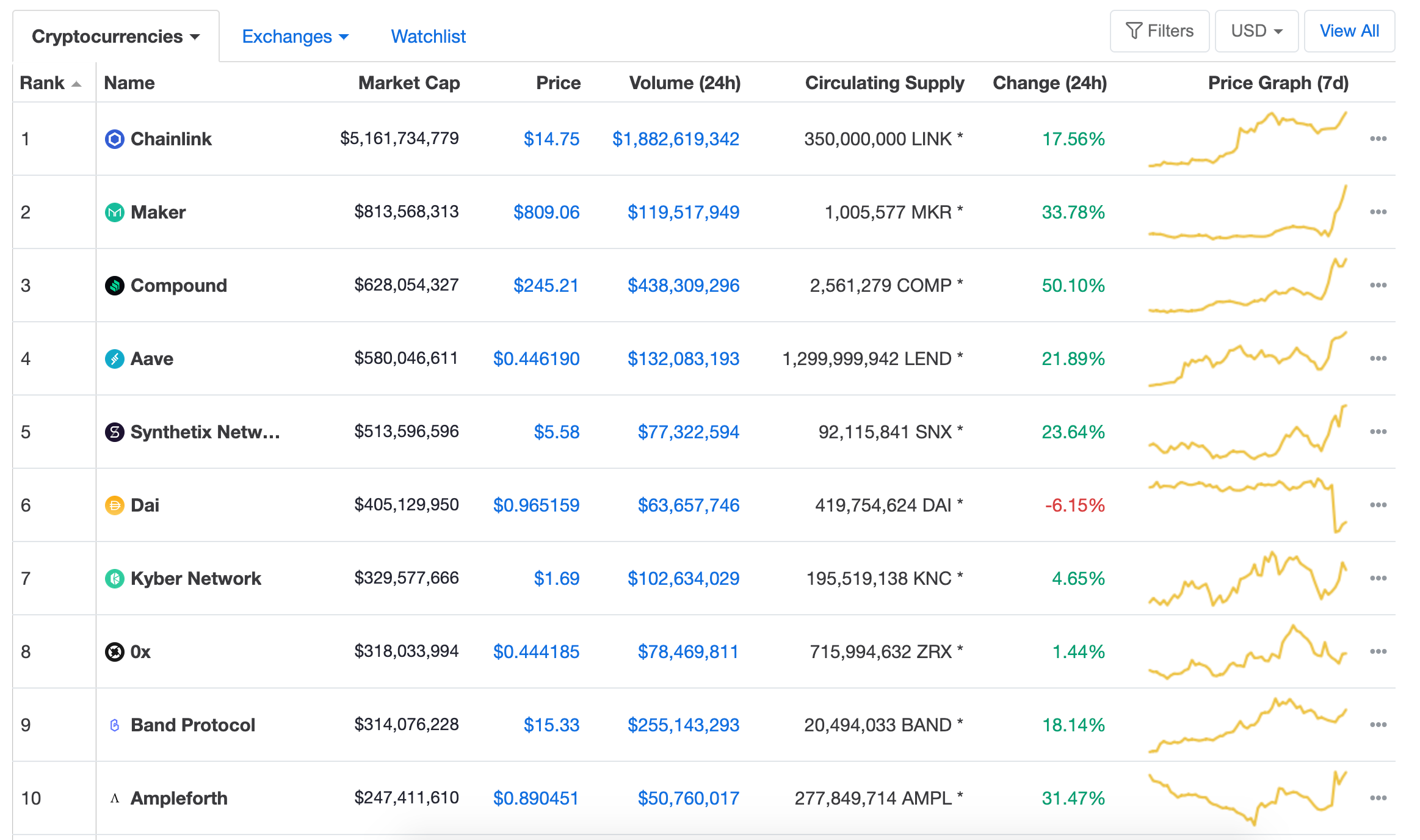 Despite the significant bullish impulse that MKR has gone through, different on-chain and technical metrics suggest it is poised to retrace.

A Pull Back Before Further Gains

The Tom Demark (TD) Sequential index supports the idea that Maker is bound for a steep correction. This technical indicator presented a sell signal in the form of a green nine candlestick on MKR’s 3-day chart. The bearish formation estimates a one to four three-day candlesticks correction before the uptrend resumes.

The TD setup has been incredibly accurate at predicting this altcoin’s local tops and bottoms, based on historical data. When looking at the 3-day chart, it even presented a sell signal in late February, just before prices crashed nearly 75%. Thus, the current pessimistic forecast must be taken seriously despite the hype around the ongoing rally.

It is worth mentioning that each time the TD setup presented a sell signal on within this time frame, the bearish outlook was confirmed by a spike in sell orders. Given the recent price action, it is very likely that the decentralized governance token is in overbought territory and that it will indeed correct.

Stiff Resistance Ahead of Maker

IntoTheBlock’s “In/Out of the Money Around Price” (IOMAP) model adds credence to the bearish outlook. This on-chain metric reveals that for Marker advance further, it must turn the $845 resistance level into support. Doing so may no be as easy since 54 addresses had previously purchased nearly 8,700 MKR around this price level.

This supply wall may have the ability to hold against any upward pressure because holders within this range would likely try to break even in the event of an upswing. Moving past it, however, increases the odds for the DeFi token rise towards $900 or higher.

On the flip side, the IOMAP cohorts show that in the event of a correction the most critical support level underneath Maker sits at $705. Here, over 720 addresses are holding more than 14,200 MKR. These investors may try to remain profitable in their long positions and even buy more tokens to avoid seeing their profitable investments turn into losses.

If such buying pressure is strong enough, this supply barrier would likely hold and allow prices to rebound into higher highs.

Viewpoint: Talking about the necessity of proof of work for the blockchain system