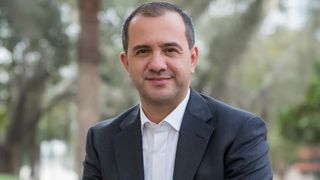 Microsoft expects all big cloud providers to have their own space and growth opportunities in the UAE are limitless.

Speaking to TechRadar Middle East on the sidelines of Microsoft Ignite, Necip Ozyucel, Cloud and Enterprise Group Lead at Microsoft UAE, said that sky is the limit in terms of both technology adoption as well as the benefits that the public cloud provides.

“It is almost impossible on the private cloud when it comes to AI, machine learning, blockchain and IoT. It is all about using hundreds of servers and big amounts of storage and it is not at all easy to build and sustain those kinds of environments in on-premise and on-demand,” he said.

Moreover, he said that competition is good for everyone, both customers and partners.

Big tech companies have shown interest in the UAE to open data centres. Amazon Web Services has a cluster of data centres in Bahrain and the UAE.

Alibaba Cloud, the cloud computing arm of Chinese e-commerce giant Alibaba Group, has already invested in one data centre in the UAE while SAP opened its data centres in UAE and Saudi Arabia last year.

IBM opened two data centres – one each in Dubai and Abu Dhabi – this year.

Ozyucel said that the cloud adoption was strong in the UAE but the challenge was finance and government industries because of data redundancy and latency was also another challenge for other industries as well.

After the opening of data centres in the UAE, he said there is a strong adoption of cloud services across industries and it has also unlocked all the problems of the governments.

“Governments and financial sectors are moving mission-critical apps onto the cloud and many customers in retail, construction, airlines, and small- and medium-sized companies are migrating,” he said.

Microsoft has announced 56 cloud regions in 21 countries and out of that, 54 regions are operational.

In Microsoft’s language, a cloud region means having either one or more than one and up to 10 physical data centre locations.

Hero regions such as Europe, Singapore and the US have almost 10 data centres.

Intelligent edge is a reality

Ozyucel said that Microsoft is working with its customers in three key areas – enable, migrate and innovate.

“Enable is the foundation and it starts with technology and technical upskilling. This is the reason Ignite is the most important activity for us to provide our customers with an opportunity to learn,” he said.

Migrate is moving applications to Azure, he said, while innovate is all about advanced workloads such as blockchain, AI, IoT and cloud-born workloads.

There is a big skills gap in the industry due to the emerging technologies such as AI, blockchain, big data but Ozyucel believes that holding a two-day workshop will bridge the skills gap.

“It’s a journey. We have more than 1,000 technologies on Azure such as virtual machines, storage data bricks, Azure Kubernetes services, to name a few. In order to get more out of these technologies, they need to learn. So, today can be only a start,” he said.

He added that 60% of the 1,000 technologies are offered on Azure cloud in the UAE and more are going to be rolled out gradually.

Microsoft added data bricks, Azure Kubernetes services and HD insight in November and December last year but Ozyucel said that Microsoft Dynamics 365 is not offered on its data centres in UAE.

When asked about the view of the future of cloud, he said that it is going to be a hybrid cloud and multi-cloud, including edge computing.

Ozyucel said that intelligent edge is a reality and Microsoft offers a new family called Azure Stack Edge; it is a dedicated turnkey private cloud coming from its hardware vendors such as HP, Dell and Lenovo.

Furthermore, he said that they also have edge solutions to do AI and IoT on the fly without going to the cloud.

“There are some strengths coming from the public cloud as well as edge computing. I think customers need to consider both. Public cloud has millions of servers and zettabytes of storage available for customers to use. But if there is a reason to still use a private cloud, they can. We will see in the future which one will dominate. I think it is not one size fits all,” he said.

According to reports from research firms, he said that public cloud growth is way bigger than the private cloud growth.

According to research firm International Data Corporation, the public cloud market in the UAE is expected to grow by 35% to $406m in 2020 compared to $299m last year and two-thirds of the organisations will approach the cloud through a hybrid model.

The research firm is seeing a decline in on-premise [non-cloud] spending and a lot of spending is moving to the cloud as a subscription-based model to cut costs.

Globally, Ozyucel said that the growth of SaaS, IaaS and PaaS are evenly distributed but in the region, SaaS was higher but now the growth of infrastructure and platform are higher than SaaS.

“SaaS is higher in terms of usage but growth is higher for infrastructure and platform. So, it is catching up,” he said.

Hackers keep getting access to your data. Is Amazon to blame?