Blockcast.cc- News on Blockchain, DLT, Cryptocurrency
Home News NFT is more than an art collection, how to use REVV to...
Share
Facebook
Twitter
WhatsApp
Linkedin
Telegram

Blockchain racing games supported by REVV include Formula One F1® Delta Time, World Motorcycle Championship MotoGP™ Ignition, and will be extended to Formula E in the future.

NFT (Non-Fungible Token) is undoubtedly the hottest hot spot in the blockchain industry this year: a digital artwork by artist Beeple was sold at Christie’s for $69.34 million, recording NBA stars’ shooting “highlights” “Moment”’s NBA Top Shot set a sales record of more than 300 million US dollars… When the outside attention was almost all attracted by digital art and collectible NFTs, the market’s sensitive NFT players found game NFTs, especially REVV, not only can experience the speed and passion of the world’s top racing games, but also earn their wealth by mining during the game.

What is REVV? What are the application scenarios of REVV?

REVV is an ERC 20 token based on Ethereum. Like the 6,498 digital currencies currently traded on 437 cryptocurrency exchanges, it is a homogenized token (Fungible Token, a non-unique token interchangeable with similar tokens). Currency), the application tokens and in-game currency issued by the blockchain game company Animoca Brands for the series of racing games that it is authorized to operate. The current blockchain racing games supported by REVV include Formula One F1® Delta Time, the World Motorcycle Championship MotoGP™ Ignition, which will be launched on March 26, and will be extended to Formula E in the future.

Although Animoca Brands announced as early as March 2019 that it will cooperate with the world’s top auto racing F1 to develop the blockchain game F1® Delta Time, and since May of the previous year, it has obtained 5,289,541 US dollars through the racing track auction and the sales of racing cars and parts The total F1 NFT sales of NFT (Nonfungible.com data on April 7), but REVV, which was launched on Uniswap on September 4 last year, aims to expand the user base of the racing game NFT, achieve true digital ownership of game assets, and give players Freedom and control of in-game property-most of which are tokenized.

What is F1® Delta Time? How to play specifically?

F1® Delta Time is a blockchain game developed and operated by Animoca Brands authorized by F1 Formula One Racing League. The NFT in the game, including unique racing cars, drivers, car parts, driver equipment or tires, uses ERC-721 standards and is used in Run on Ethereum. In the F1® Delta Time game, everything from drivers and racing cars to engines and tires exists as non-homogeneous tokens (NFT) with their own attributes.

With REVV, open the F1® Delta Time official website , select the Ethereum main network (Note: In the future, it will migrate to the Ethereum second-tier Polygon network focusing on games and NFT applications to reduce Gas overhead and increase speed), and connect to your MetaMask wallet to register Your player account, then you can pay the registration fee to participate in the Time Trail (Time Trail), Grand Prix (Grand Prix) to get REVV rewards——

Although the difficulty of becoming an F1 driver and forming a team in a blockchain racing game is much lower than reality, you still need to choose and configure your car, familiarize yourself with the track, and practice you after the time trial. Car skills. You can buy your favorite F1 cars, racing parts, tires, drivers, driver equipment, etc. in the current largest NFT market OpenSea. These are all user-specific and tradable NFTs. So far, a total of 1,144 NFT players have traded 25,478 F1 NFTs, with a total transaction volume of 9,426.4 ETH, with an average price of 1.15 ETH (Opensea data on April 7).

You can also purchase F1® Delta Time keys to get game equipment. The key is a homogeneous token officially launched at the end of last year. It has the nature of a blind box, making it easier for you to obtain equipment and the game to play. Each key can get 5 2020 F1® Delta Time NFTs-at least one of which is guaranteed to be a racing car or driver. When you log in to the official website to open the garage channel and use a key, these 5 NFTs will be directly minted into the owner’s wallet and become your unique digital asset. 2020 F1® Delta Time keys were pre-sold on December 4, 2020. The four basic 1300 keys, including legend, epic, rare, and ordinary, were sold out within 5 hours, and the total sales were 44,480,000 REVV (according to the time The exchange rate is approximately equal to 1.3 million U.S. dollars). The 2020 key will not be sold officially after the last sale on the official website from February 4th to March 13th this year. If you still want to get it, you must get it through the secondary market or participate in games or pledge activities.

About pledge and auction

Of course, you can also choose not to play games, simply pledge REVV or use DeFi functions such as racing NFT mining purchased by REVV to obtain REVV passive income. Unlike other blockchain projects that adopt PoS consensus to pledge native token mining to reward users who produce blocks and maintain network security, F1® Delta Time racing NFT holders earn REVV by staking their NFT. The amount of REVV earned through pledge is mainly determined by the rarity of the NFT. The higher the rarity, the greater the return.

READ  Jesse Walden: NFT may become the entrance to all Internet media

F1® Delta Time’s racing cars and track NFTs are also digital collectibles with record prices and rare goods in the market. On December 2, 2020, a section of the 1A circuit of the 2020 Monaco Formula One Grand Prix was auctioned off for more than 9 million REVVs (approximately US$222,000). Beeple, a high-priced NFT whale collector of nearly US$70 million Metakovan was in the bag; on March 12, the 70th anniversary edition of Apex Ultimate Racing NFT ended the auction on OpenSea, and the final bid was 987,000 REVVs, valued at US$270,000, making it the highest-priced F1® Delta Time car to date.

What is MotoGP™ Ignition? How to play specifically?

From March 26th, with REVV, you will not only experience F1, the top racing IP blockchain game and NFT that has attracted 4.1 million contestants, 506 million fans and 1.6 billion TV viewers, but will also participate in the world’s top Comes in the blockchain game of MotoGP, a motorcycle race.

Unlike F1® Delta TimeMoto, MotoGP™Ignition is an NFT game with equal emphasis on collection and racing management. Ignition Complete is the collectible platform of MotoGP™ Ignition. Players collect legendary MotoGP drivers and motorcycles, trade with other players, complete card collections and collect challenges. Collectibles will be presented in the form of NFT collection cards. Players can obtain collection cards by purchasing card packs. Each card pack contains 3 cards of the theme randomly (if you are lucky, you may get a legendary card!), which will be announced when the pack is opened. The theme of the card pack. This theme determines the type of NFT you get. For example, the first batch of card packs to be sold on March 26 will be based on the 2020 season, so all cards in the card pack will be based on the 2020 season, including drivers and motorcycles from the previous season. These card packs can be opened from April 21st.

The card pack theme plays a central role in the types of cards to be launched. In the future, the card pack will launch the latest championships and explore the MotoGP™ files in depth to create a racing star with collectible value. The second batch of MotoGP™ card packs will be launched in mid-April.

Ignition Legends is a racing management game with MotoGP™ Ignition that can be played by multiple players. Players will have a head-to-head confrontation in the race, and the actions of the racers will be determined according to different laps. When you fall behind in the race, wait for the opportunity to let your racer overtake the corner and take the lead. You will see your racers win multiple positions, you will also see their endurance decline; you will see their confidence increase, you will also see their concentration drop, and there are newly discovered racers trying to catch up. . As a player, you need to control all of this. You need to know when to keep the racer calm, when to hold the position, and at which point to sprint.

READ  Ethereum gas fee dropped to a new low this year. What factors caused it?

In addition to the race, players are also responsible for motorcycles, maintenance, and the status of racers and drivers. To do this, you need to form a complete team, including mechanics and coaches, and work together to invest in the entire game. All these game assets (including motorcycles, racers, trainers, mechanics, and parts such as mufflers, shock absorbers, and brakes) are tradable NFTs.

The two platforms, Ignition Legends and Ignition Complete, will be interoperable to a certain extent, so that one of the assets has certain functions in the other. Completing a set of collections can bring you in-game benefits and rewards. For example, if you have a series of Valentino Rossi championship season cards, the performance of your Valentino Rossi driver in the game will improve. In this way, MotoGP™ Ignition will emphasize collectibility and help players create value for the cards they own (not just the highest-scoring cards).

Since it caters to the needs of NFT players whose collection is more important than games, compared with F1® Delta Time, MotoGP™ Ignition has a much lower participation threshold, and it is expected to obtain a larger user base. As part of the REVV racing game ecology, there are many modes such as NFT pledge, liquidity mining, and earn while playing. MotoGP™ Ignition will not be lacking.

It is worth mentioning that MotoGP™ Ignition will be released on the Flow blockchain, and all content and game experience will run on the Flow chain, and REVV will also circulate on the Flow chain through a connection bridge. The Flow Chain is a public chain developed by Dapper Labs, a development team that developed blockchain games + NFT explosive crypto cats in 2017, for the slow throughput of the Ethereum platform and the limitations of expensive Gas. It focuses on blockchain games and NFT application scenarios. Animoca Brands is an investor and partner of Dapper Labs, so it is confident that Flow can achieve scalability without affecting decentralization and provide an unparalleled user experience for mainstream audiences. MotoGP™ Ignition will be the next major sports brand after the NBA Top Shot has been launched on the Flow chain, the NFT with the highest number of users and transaction volume so far.

At the same time, Animoca Brands has announced that it is cooperating with Binance Smat Chain and Polygon (Matic Network), an expansion solution for the Ethereum side chain. F1® Delta Time and REVV will soon be deployed on BSC and Polygon, greatly reducing costs. Increasingly congested expensive Ethereum fees to improve user experience.

Second-tier ecological update: OKEx will support Ethereum L2. How can Binance and Huobi, which have their own public chains, accept the move? 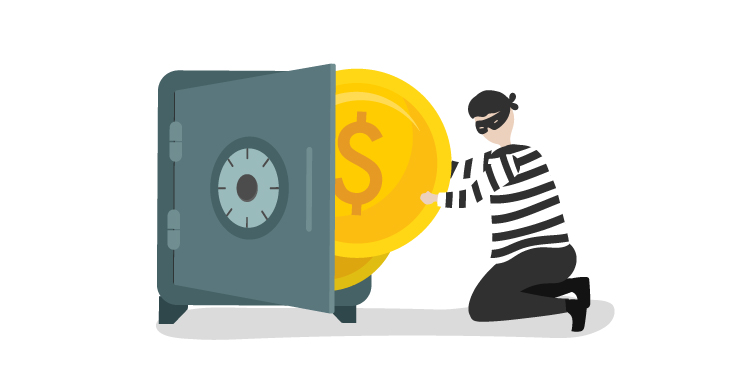 How Financial Fraud is Prevented with the Samecoin DeFi Protocol