Since September, a new wave of frozen cards, known as the strongest in history, has struck.

In October, the Ministry of Public Security stated its position to carry out the “broken card” operation.

Frozen cards are nothing new in the currency circle. But once it happens, people are still panicking. Broken card is full of deterrence at first glance. The interweaving of the two seems to imply a cruel reshuffle of the industry.

What about it? You might as well follow Huo Xiao’s law to analyze it carefully, so as not to misbelieve online rumors and self-injury for no reason, or prevent it in advance.

The reason for the new wave of freezing cards is the new public security regulations?

This wave started with the foreign trade industry. Since September, many foreign trade accounts have been frozen. During the National Day, an article titled “The reason for the large-scale freezing of foreign trade accounts was found” went viral in the circle of friends. After reading the article, Huo Xiaolu was very embarrassed that he only read one-third of the article and thought it was not rigorous and closed it. Now I want to analyze it more carefully, and find that the article has been reported, which is considered “dead without evidence.”

Fortunately, there are still some articles on major websites. Take a closer look. Most of them attribute the core reason for this wave of freezing cards to the revision of the “Procedures for the Handling of Criminal Cases by Public Security Organs”, which came into effect on September 1. It is believed that the “culprit” is the “expansion of public security jurisdiction” and the “decentralization of frozen card authority.”

For this reason, Huo Xiaolu felt a little far-fetched.

Has the jurisdiction of public security expanded?

According to the Internet, because the victims of telecommunications fraud cases are spread all over the country, the Ministry of Public Security has changed the number of public security agencies with jurisdiction from a very small number to most parts of the country.

Huobi’s simple comparison between the old 16 and new 17 will indeed misunderstand that it has given more jurisdiction to the local public security organs.

But looking back, the original 15 articles and the current 16 articles. These two contents remain unchanged, but the underlined content is added, which can be considered as further refinement. Believe that ordinary people, after reading this most intuitive feeling, it can even be summarized in a simple and rude sentence. Any public security organ that is involved in any link or node of criminal activities has jurisdiction. The places that ordinary people can think of are basically covered, but the language is more written and abstract. In the early years when I was working in the procuratorate, I did not often encounter situations where several police officers were fighting for a case. The “place of the crime result” is clearly defined as including the place where the criminal object was violated, the place where the proceeds of the crime were actually obtained, etc. Isn’t it the location of the victim and the place of property loss in literal translation?

There is also the possibility that the public security organs in different regions have different understanding of the legal provisions. But it can only be said that some earlier judicial interpretations and internal legal documents have repeatedly pointed out the jurisdiction of the public security organs in related cases. It may be that there is no time to study a series of regulations.

The so-called “extension of the jurisdiction of public security organs” is somewhat out of context.

Has the frozen card authority been delegated?

The Internet also believes that the “delegation of the authority of freezing cards” to the person in charge of public security organs above the county level has caused the phenomenon of freezing cards to increase sharply.

Nowadays, almost everyone owns a bank card. “Frozen card” has become the most basic and most routine operation for intercepting funds. Therefore, the required authority will not be set too high to prevent the flow of approvals from being too long to catch up with the speed of stolen money.

Why has the “freeze card” surged recently? The most important thing is the new round or another round of crackdowns since this year, the continuous crackdown on telecommunications network fraud and network illegal production. The Dongguan incident in March must be vividly remembered by insiders. In fact, not only the foreign trade circle, the currency circle, the online lending circle, and even the traditional financial circle have been implicated because they all involve strong capital flows. Fraud cases continue to occur at a high rate, new crimes are emerging in an endless stream, various “discs” are emerging, the overall economic situation is sluggish, and the work of recovering stolen goods is extremely difficult. For various reasons, “freezing cards” is simple and rude, but the effect is the most significant.

On October 10, the State Council’s inter-ministerial joint meeting on cracking down on new types of illegal and criminal telecommunications networks was held. At the meeting, Du Hangwei, deputy minister of the Ministry of Public Security, expressed the need to strengthen the sense of mission, responsibility, and urgency in carrying out the “Card Broken” operation, and severely crack down on illegally opening and selling phone cards and bank cards. It also requires the strengthening of credit punishments, for units and individuals that rent, sell, lend, purchase bank accounts or payment accounts and related organizers identified by the public security organs, fake the identity of others or fabricate agency relationships to open bank accounts or payment accounts. , To implement disciplinary measures to suspend non-counter business of its bank accounts and all business of payment accounts within 5 years, and not to open new accounts for them.

The so-called “broken card” refers to illegally opening and selling phone cards and bank cards. Mainly to combat telecommunication cyber crimes, including cross-border cyber crimes. In this type of crime, criminals often buy a large number of bank cards and phone cards for the transfer of stolen money. Simple one-on-one payment is easy to trace to the source and easy to be alarmed by the risk control system. In order to avoid people’s eyes and ears, criminals use the method of layer-by-layer dismemberment, one-to-many or many-to-many payment. Therefore, more payment channels are needed, namely bank cards. In the jargon of the industry, it is called “four-piece suit” for individuals or “eight-piece suit” for enterprises.

READ  Can Bitcoin take over corporate treasuries in 2020?

The “broken card” operation was only proposed in October, but there were early signs. First, in recent years, the high incidence of telecommunication cyber crime has always been the focus of combat. In particular, it is more difficult to trace cross-border cybercrime, and the focus of the crackdown will naturally gradually shift to downstream crimes, trying to intercept the flow of funds, making it impossible for criminals to pool funds. Second, at the end of 19, the Supreme Law and the Supreme Procuratorate jointly issued the “Interpretation on Several Issues Concerning the Application of Law in Handling Criminal Cases of Illegal Use of Information Networks and Helping Information Network Criminal Activities”, which is aimed at such downstream crimes. According to past practice, it is explained that a wave of related crimes will be severely cracked down in batches. Third, in the past two years, many ignorant college students mistakenly believed that they were helping to open bank cards and reselling them part-time, and indirectly became accomplices of gangsters, and some even wanted to make quick money out of them. Against this background, the Ministry of Public Security proposed the “broken card” action, which is also traceable.

Is there any connection between frozen card and broken card?

There is a certain connection, but it is not a concept.

Freezing the card is a compulsory measure. If the funds in the card involve black money, there is a possibility of freezing the card, but it does not mean that the cardholder is suspected of committing a crime.

What should I do if I encounter a “frozen card”? There are various methods circulating on the Internet, Huo Xiaolu will not say much here. If you are interested, you can read “Virtual Currency|| Bank Card Frozen? How to do? “. As an additional reminder, the “freezing card” is just a compulsory measure and does not mean that a crime is suspected. The actual operations of public security organs in different regions are different, and their response strategies are also different. Some clearly unreasonable requirements should be resolutely resisted. If in doubt, consult a professional in time.

Apart from “broken card”, are there any warnings? In fact, the “broken card” action may only be one dimension. Telecommunications network fraud, and even network black production has long been gradually shifted from traditional bank cards to the collection code, which is the so-called “run points” campaign. Therefore, third-party and fourth-party payment platforms may become the next frontier and need to be vigilant. The freezing of relevant accounts may not be far away.

The Avalanche Protocol is about to launch the Avalanche-Ethereum Chain Bridge, and it has entered the final stage of testing 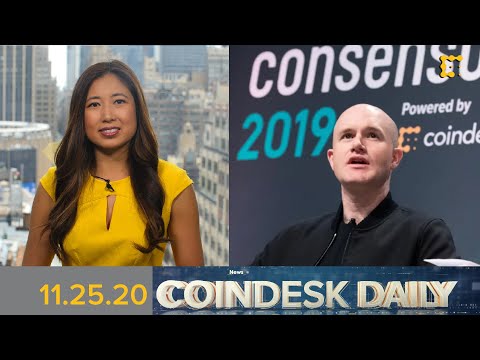 Made an NFT card, Immutable also wants to be an NFT trading platform based on ZK Rollup