The innovation of algorithmic stable currency is shaping the future of DeFi currency, and while maintaining price stability, it can play a key role in achieving secure digital transactions.

During the recent period, stablecoins have become a very hot topic, so I think if I can provide higher-level guidance, it should bring you a lot of help. In this field, some are centralized stablecoins anchored to legal tenders, and some are algorithm-based, non-collateralized decentralized stablecoins. Before entering the text, I would like to thank Lewis Freiberg of Empty Set Dollar and Dan Elitzer from Nascent. If you want to learn more about stablecoins, you can also check out the series of algorithmic stablecoins launched by the Delphi Podcast podcast.

Stable coins refer to tokens issued on the public chain and linked to legal tender, and their value is usually anchored with stable “conventional” currencies such as the US dollar. Stable currency assets are designed to minimize volatility, allowing transfers and settlement transactions to be processed in US dollars on certain exchanges and DEXs, and provide traders with a way to obtain bitcoin and ether without price fluctuations. A good method for crypto assets such as Fang Fang.

Affected by the DeFi boom, stablecoins have achieved impressive growth in 2020. In fact, last week the Office of the Comptroller of the Currency (OCC) announced that federally regulated banks can use stablecoins for payments and other activities. As one of the main regulatory agencies of domestic banks in the United States, the Office of the Comptroller of Currency pointed out in a letter that the blockchain has the same status as other global financial networks such as SWIFT, ACH and FedWire, and recognized the use of stablecoins and cryptocurrencies. As a legal alternative to real-time payment systems. At present, the total value of stablecoins has exceeded 30 billion U.S. dollars. This figure fully reflects the increasing demand of investors for price-stable assets during turbulent times.

At this stage, there are about 200 stable coins in the cryptocurrency market. Among them, Tether and Centre’s USDC are the two stablecoins with the largest supply in the cryptocurrency market. Tether is especially popular with traders. Its market value has soared in recent weeks. Soon, it has now exceeded 21 billion US dollars. Since the beginning of 2020, the market value of Tether has increased fourfold, accounting for more than three-quarters of the stablecoin market.

The picture above comes from: The Block Crypto

In the rapidly changing crypto market, stablecoins have grown impressively. Unlike real U.S. dollars, they can be easily held or transferred in the digital ecosystem, allowing investors to obtain many blockchain technology advantages and P2P value transfer benefits. Not only that, traders also see stablecoins as a “buffer” before investing in high-risk cryptocurrencies. After purchasing stablecoins with U.S. dollars or other government-issued fiat currencies, traders can transfer the stablecoins to cryptocurrency exchanges to trade cryptocurrencies such as Bitcoin and Ethereum.

What is an algorithmic stable coin?

For example, we can design an algorithm in such a way:

On the other hand, some new algorithmic stablecoin projects (such as Basis Cash and Empty Set Dollar) will restrict the supply of tokens “Rebases” in order to eliminate the impact of supply changes on each wallet.

The picture above comes from: CoinGecko

Basis Share and Basis Bond are designed to ensure that Basis Cash does not deviate from the anchor price of $1. For example:

Empty Set Dollar (ESD) is an algorithmic stablecoin inspired by Basis. It was launched in late August 202 and has a market value of more than 100 million US dollars. The core of the agreement is the ERC-20 token ESD, which is both the Empty Set Dollar protocol stable currency and the governance token. At present, the total supply of ESD tokens exceeds 500 million, and the single-day yield and 30-day yield are 4% and 206%, respectively. The single-day yield and 30-day yield of LP tokens are 1% and 40%, respectively.

Basis Cash is still in the early stages of development. In contrast, ESD has experienced multiple cycles of inflation and deflation. ESD has three main functions:

In fact, so far, among the more than 200 supply “epochs” (epochs) of ESD, 60% of the tokens have a time-weighted average price in the range of 0.95 USD and 1.05, which shows that the stability of ESD tokens is Ampleforth’s More than twice, you know, the birth of ESD is not long, and Ampleforth is currently the longest running algorithm stablecoin.

Like Basis Cash, ESD also uses bonds (“vouchers”) to “fund” agreement debt, but bonds must be purchased by destroying ESD tokens, and ESD can be redeemed if the agreement is inflated. However, unlike Basis Cash’s “three tokens” model, ESD does not have an inflation reward token like Basis Cash Bonds when the network is inflated after debt repayment. In order to solve this problem, ESD token holders can “stake” their ESD in the ESD Decentralized Autonomous Organization (DAO), and receive token distribution in proportion to inflation, with a ceiling of 3%.

The ultimate function of the ESD “staging” model is very similar to the Basis Cash Shares “three tokens” system. It is necessary to unbind the ESD tokens from the DAO during the “staging” period, and the ESD tokens will be temporarily “staging”. Deposit 15 epochs (5 days), during which time these tokens can neither be traded by their owners nor receive inflation rewards.

Binding ESD to DAO will bring liquidity risk, and buying Basis Cash Shares will bring price risk, but both methods will make users likely to receive inflation rewards in the future. However, the “temporary storage” requirements for bound ESD and unbound ESD from DAO will also cause additional “time risk” and insufficient liquidity, which are unique problems of ESD.

It is worth mentioning that stablecoins have brought new regulatory challenges. According to the US Congress Act-the “Stablecoin Tethering and Bank Licensing Enforcement (STABLE) Act”, stablecoin issuers must obtain bank charters before issuing any stablecoins. ) And regulatory approval. Algorithmic stablecoins like Basis Cash, and other stablecoin issuers that currently operate without a bank charter are all regulated by this bill. You may be worried about the closure of Basis.io or possible supervision in the future. The founders of the Based and ESD algorithm stablecoin projects are anonymous. Despite the continuous development of regulation, the innovation of algorithmic stablecoins is shaping the future of DeFi currency, and while maintaining price stability, it can play a key role in achieving secure digital transactions.

The bifurcation of Basis and ESD

As a branch of the Basis Cash and ESD protocols, some new algorithmic stablecoins have appeared on the market. For example, Mithril Cash is a fork of Basis, and the algorithmic stablecoin project was launched on December 30, 2020. The economic model function of Mithril Cash is very similar to the central bank’s determination of the target value of fiat currency. By buying and selling bonds, Mithril Cash controls the entire supply of tokens to achieve the target value of $1. The smart contract that executes the algorithm behind the Mithril Cash token MIC will maintain the token price between US$0.99 and US$1.01 to ensure long-term predictability and reliability.

Dynamic Set Dollar is another brand new algorithmic stablecoin, which is a fork of ESD. The protocol has two main functions:

Dynamic Set Dollar has launched a price reactive ERC-20 algorithmic stablecoin DSD, which has improved the ESD protocol, including:

Using DSD, although the robot trading program can still perform token exchange transactions, the impact on the agreement will be greatly reduced.

The influence of stablecoins will increase

The emergence of stablecoins has facilitated transactions and value transfer, effectively combining the efficiency, security and speed of digital currencies with the stability of legal currencies. At present, the scale of global stablecoin transactions has reached billions of dollars, and the demand is still growing.

In the ever-evolving economic and technological era, stablecoins have played the role of disruptors in the traditional payment and financial industries. In this era, financial products and system products provided by large technology companies are replacing traditional bank services. For example, Facebook’s Libra stablecoin project may attract large-scale adoption by users, which in turn may reshape the digital payment landscape and bring new challenges to the global financial system, sovereign legal currency circulation, and monetary policy.

U.S. regulatory regulations are also advancing with the times. For example, the Office of the Comptroller of the Currency (OCC) recently approved banks to use stablecoins, highlighting the growing demand for institutional customers to use stablecoins for banking and authorized payment activities. It is estimated that in the next ten years, about 70% of the added value in the global economy will come from digital platforms. Stablecoins provide a secure and price-stable new payment system, which is very suitable for dynamic financial markets.

Rethinking the Bitcoin PoW mechanism: Does it really waste energy? 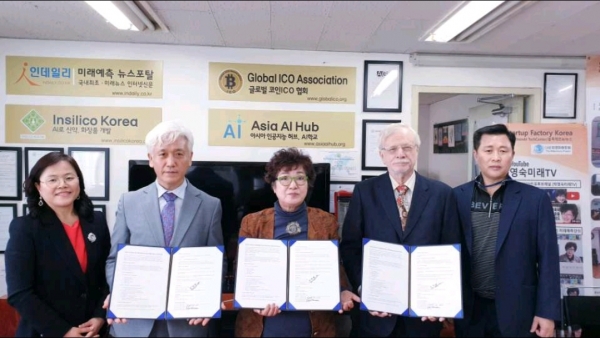