According to Grayscale Investment’s latest “Bitcoin Investor Research Report”, investors’ interest in Bitcoin is rising. More than half of U.S. investors are interested in investing in Bitcoin in 2020. Among the interviewees, 83% have made cryptocurrency investments in the past year. With the popularity of digital currencies, payment giant Paypal recently launched cryptocurrency transactions.

Why is Paypal listing cryptocurrency?

The author found the answer in the recent annual report. According to PayPal’s first-quarter financial report, PayPal’s operating income in the first quarter of fiscal 2020 was US$4.618 billion, an increase of 11.87% year-on-year, while the net profit attributable to ordinary shareholders was US$8.4 million, a year-on-year decrease of 87.41%. In addition, in October last year, market analysis company SEMRush stated that Bitcoin has become Italy’s online payment method second only to PayPal and PostePay.

The popularity of cryptocurrencies overseas has made PayPal feel the crisis, and the decline in performance is a warning. PayPal chose to launch cryptocurrency transactions in the warning, which is undoubtedly a way of self-protection. As PayPal’s chief financial officer John Rainey said, with the increasing popularity of digital currencies and digital and mobile payment systems, cash has become obsolete. PayPal was able to expand its services and promote financial inclusion.

Under PayPal’s financial situation and the prevailing trend of the main theme, PayPal chose to expand its business. Facts have proved that this choice is correct. According to Golden Financial News, two weeks after the launch of PayPal, its transaction volume accounted for 65% of Binance US, which can be called a wise move.

In fact, the initial mission of Paypal is related to the establishment of a global currency. At the 2019 World Economic Forum, PayPal co-founder Luke Nosek stated that PayPal’s initial mission was to build a global currency free from the intervention of corrupt banks and governments that devalue the currency. However, due to environmental issues, this vision has not been realized before.

With the increasing popularity of digital currencies and digital and mobile payment systems, more and more people are interested in digital currencies and consider them very promising. At the same time, Paypal has a good user base and a relatively wealthy capital pool. With the initial vision and goals, good development prospects, and a relatively solid user base, Paypal may be on the path of issuing coins.

·Paypal will not issue coins

Before Paypal launched its cryptocurrency trading business, two softwares had already announced to the public that they would issue cryptocurrency.

In 2017, Telegram APP-Telegram, which is extremely popular overseas, was the first to announce that it has begun researching the blockchain project TON, and will research and issue a new cryptocurrency-Gram that can transfer funds around the world. The announcement of the news has triggered a boom overseas. Gram has not yet officially launched, and has already received US$1.7 billion in fundraising.

After two years of waiting, in April 2020, Telegram announced that it would launch TON in April 2021. For investors who have been waiting far away, they finally have hope. However, the good times did not last long, and investors did not wait for the launch of TON and Gram after all.

In May 2020, Telegram founder Pavel Durov announced on the Telegram public channel that due to the ongoing legal dispute between the company and the SEC, the Telegram Open Network (TON) project and the distribution of Gram will be terminated.

With the development of economic globalization, more and more people hope to establish a decentralized transaction currency and achieve complete trade freedom. But the road is long and difficult.

Compared with the completely hopeless Telegram, Facebook seems to be much better, but in fact it is reduced to a moderate.

The world’s most widely used social platform Facebook released a white paper on Libra on June 18, 2019. Its vision is to be a global digital native currency with stability, low inflation, universal acceptance and interchangeability. In one, promote financial inclusion, focusing on payment and cross-border remittance. The Libra vision is formed based on the characteristics of the current Internet era, but it also exceeds the sovereignty of currencies of all countries in the world, and has advanced significance and huge challenges.

Some users believe that if Libra is officially released, it will have two impacts at present. The first is to adjust the payment industry. As the most widely used social platform in the world, Facebook has a good user base. The issuance of Libra makes it easier for users to make payments and has the possibility of reshaping the payment industry. In addition, it may strengthen the status of the US dollar and squeeze the currency of various countries. International space. According to statistics for the past 30 years, the US dollar has the lowest inflation volatility and the most stable purchasing power. As the native country of Libra, the United States, if Libra truly prevails, the status of the dollar will inevitably be strengthened again.

Just like user analysis, all countries are aware of the crisis in the progress of the times. Therefore, since September 2019, France, Germany, the United Kingdom, Singapore and other countries have resisted the entry of Libra. In April 2020, the Libra White Paper 2.0 stated that Libra was defined as a “settlement currency”. In December 2020, Libra was officially renamed Dime, or it will be launched as a digital stablecoin.

Libra is constantly changing under supervision. German Finance Minister Olaf Scholz said that a wolf in sheep’s clothing is still a wolf.

However, the author believes that with the continuous introduction of cryptocurrencies, this wolf will eventually become a wolf of the mean.

Telegram and Facebook have similar visions. However, this vision is rejected by most countries because the economic consciousness of various countries has not yet reached a consensus, and there is an authoritative challenge to the currency system of each country. At the same time, there is no more mature regulatory system for digital currencies. Gram and Libra can easily cause market disorder. In this context, the roads of Telegram and Facebook’s issuance are still going to the end. One is suspended under supervision, and the other is reduced to the mean in repeated rectification.

The possibility of Paypal issuing coins is actually slightly smaller.

Compared to Diem, Paypal issuance will have a greater impact. First, it must reshape the payment industry. As a global payment giant, PayPal has a good user base. PayPal’s issuance of its own cryptocurrency will not only facilitate users to make payments, but may even be in a monopoly position; secondly, it will reduce the capital control capabilities of some sovereign governments and affect emerging market countries Currency sovereignty status. For emerging market countries that have not yet fully opened up, the emergence of PayPal will reduce the government’s power to control the currency system; in addition, it may strengthen the status of the US dollar and squeeze the internationalization of the currencies of various countries. The United States is the native country of Paypal. If Paypal is truly popular, the status of the US dollar will inevitably be strengthened again.

Under the double superposition of lessons learned and subsequent impact, the possibility of Paypal issuing coins is actually extremely small.

·Paypal will appear in the form of assistance in issuing coins

Sri Shivananda, chief technology officer of PayPal, believes: “The digitalization of currency is inevitable. It is only a matter of time. Its future will reflect the participation of consumers, merchants, financial technology corporate regulators and the government.”

The vision of PayPal was to establish a global currency. However, with the lessons learned from Telegram and Facebook, PayPal, which has been cautious, may adopt a more secure approach. As the CTO understands, digitalization is inevitable, but it also requires technological advancement and the establishment of a common vision. This will be a long process.

Cooperating with other countries to assist in the issuance of digital currency is a good choice.

PayPal CEO Dan Shulman pointed out in the third quarter 2020 earnings conference call that PayPal will “help develop the application scenarios of CBDC,” including enhancing the interoperability of CBDC with existing payment systems, and promoting merchants to accept CBDC.

Based on this, the author believes that PayPal’s “assisted currency issuance” approach is the safest and most likely option. First of all, this approach satisfies the vision of PayPal at the beginning of its establishment, and it is also within the expectations of PayPal’s senior executives; second, the issuance of digital currencies in various countries is a matter of time, and digital currencies will still become mainstream; finally, PayPal’s assistance in issuing currency can satisfy The regulatory needs of various countries avoid a huge impact on the currency industry. In addition, PayPal can continue to maintain its status as a giant on this basis, but can also satisfy user rights. 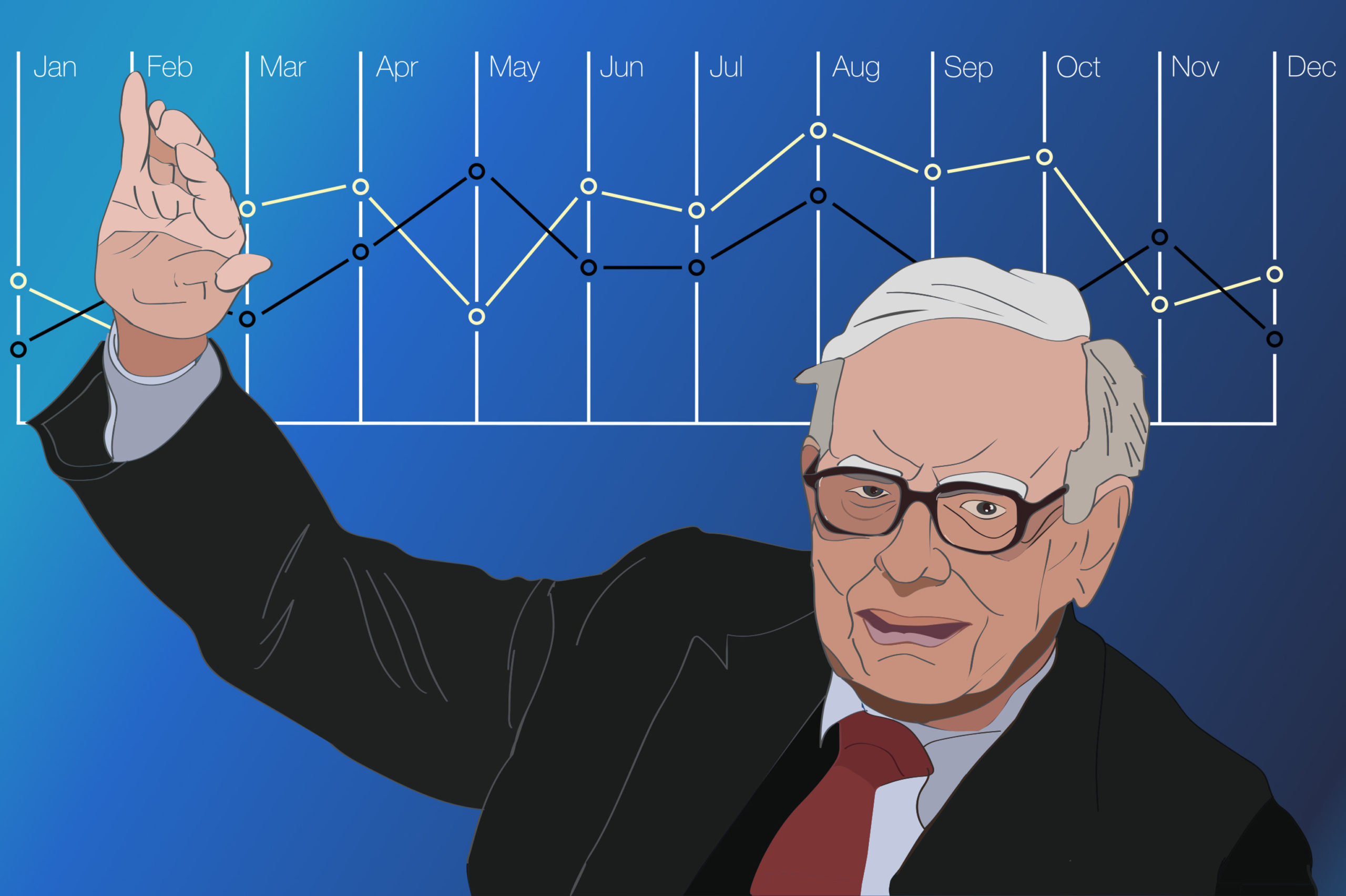 As Shiba Inu metaverse sale enters its final stage, here’s how its tokens have fared