Polkadot’s native cryptocurrency DOT was among the biggest gainers in the last 24 hours even as other top altcoin projects reported losses.

The DOT/USD exchange rate rose about 9 percent, hitting $4.93 as its intraday high during the European trading session Tuesday. The rally emerged out of nowhere, with no concrete fundamentals backing it as catalysts, leaving traders focusing on the pair’s technical prospects.

One pseudonymous analyst on Twitter called it a breakout above a crucial technical resistance level at $4.50. He stated that he would open fresh Long positions at the flipped support, iterating his short-term bullish outlook on the DOT market.

“I didn’t buy on the initial break out as price action wasn’t exactly clean,” the analyst noted. “Now that the $4.50 resistance has been broken, things are looking much better. [I am] looking for a retest of the level as support to enter.”

Meanwhile, a TradingView contributor saw the latest DOT move as a breakout above a medium-term Descending Trendline resistance. He placed the price action on a Fibonacci retracement graph, churning out a set of ideal supports and resistances as DOT continues its ascent.

“Dot is still performing a good come back as you can see by his multiple bounces on a forming uptrend Line,” the contributor said. “Like always the King is controlling those coins by his dominance so you always have to check BTC before entering a trade and exit fast if a dip happens.”

Market analyst Scott Melker also iterated his DOT price target against BTC about 15 percent higher from where it was trading at the time of this writing. In his outlook published 22 hours ago, the trader said that he is waiting for DOT/BTC to break above its Descending Trendline to target 49,553 sats.

As of now, the pair was trading at 35,871 sats, above the said Trendline resistance.

As a standalone blockchain project, DOT’s parent protocol Polkadot stands among the tallest Ethereum rivals in business. They started earlier in 2017 with a much larger investor base and has since earned a dedicated supporter base.

More recently, a total of five decentralized projects running atop the Polkadot blockchain raised about $18.5 million. While the sum is way lesser than that procured by average Ethereum-based projects, it shows that Polkadot is growing in the right direction, albeit slowly.

“There’s ample opportunity outside of Ethereum, and new Layer-1s can stand out by targeting niche sectors (think Flow and gaming) and bringing radically different designs to the table (the unparalleled flexibility afforded by modular frameworks like Polkadot and Cosmos,” said Messari in its October 2020 report on smart contract platforms. 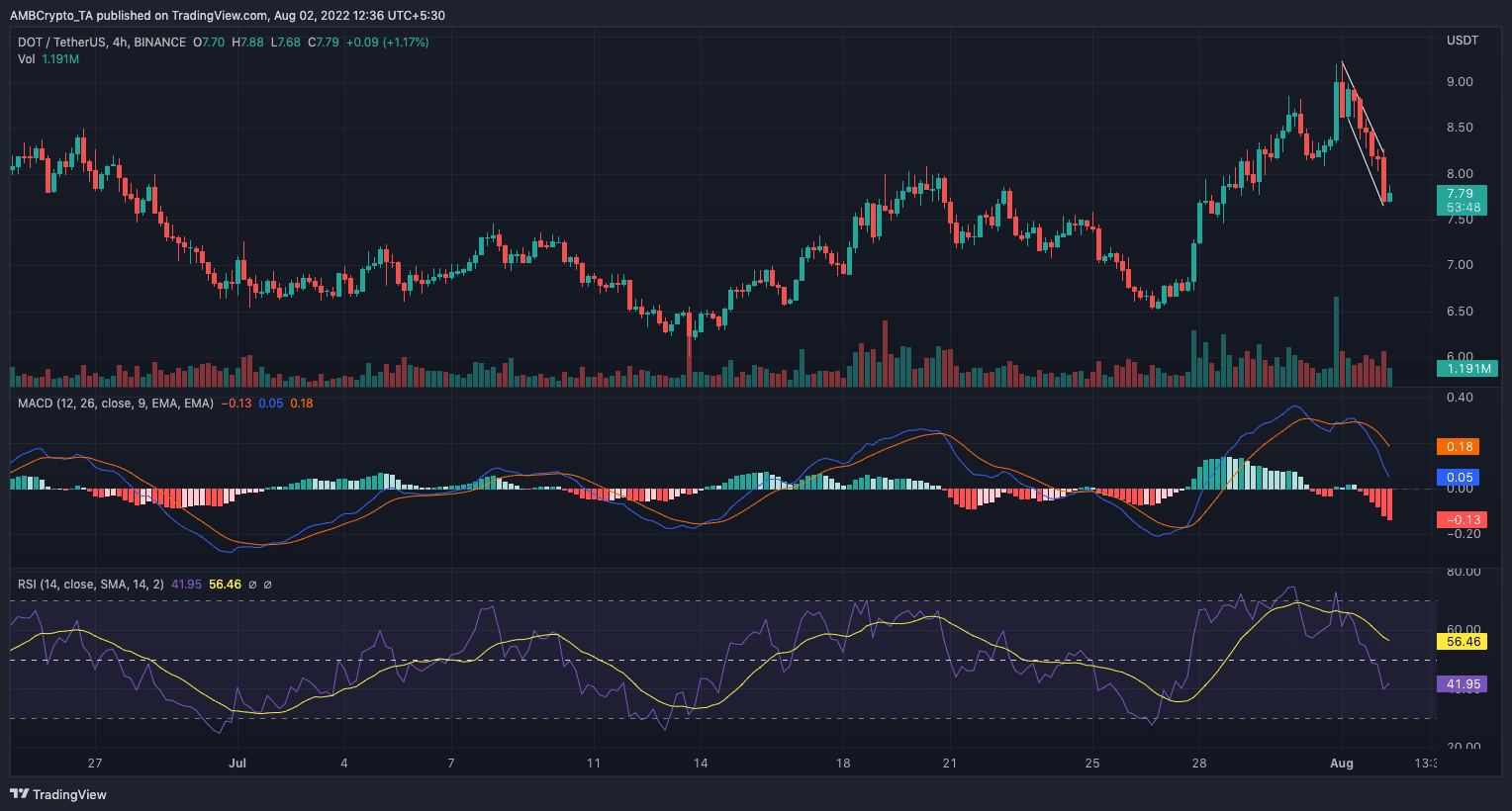 Polkadot: Is the tempo right for DOT traders to go long