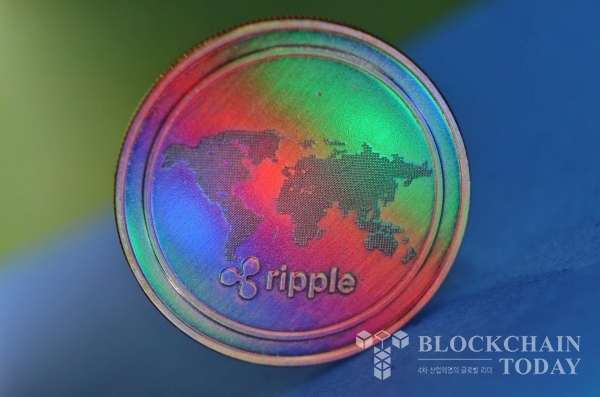 [Blockchain Today Correspondent Han Ji-hye] As news that could be positive for Ripple in relation to the legal battle between Ripple (XRP) and the U.S. Securities and Exchange Commission was delivered on the 12th (local time), XRP, which once soared to 16% There is a risk of a decline of more than 25% over the week, the claim has been made.

On the 13th, Cointelegraph, a US cryptocurrency media, reported that the combination of XRP’s technical, fundamental, and social-emotional indicators indicates a downside risk if the weekly cumulative rise of more than 8%. This, according to the report, risks a decline of more than 25% due to a bear market that has formed over the past few months and concerns over an oversupply of XRP.

After reaching its second all-time high of $1.98 in April of last year, XRP has been consolidating in a descending triangle pattern. The upper trendline also created lower highs connecting the highs while forming solid support near $0.55.

Last week, XRP price retested the upper trendline of the triangle as resistance, but failed to break through, suggesting a 25% to 30% drop towards the $0.55 support level.

This downward trend can also be seen in another XRP bear market pattern. XRP, for example, formed a single candlestick pattern with a small body and a long upside wick on the 12th, suggesting lower purchasing power near last week’s high of $0.85.

As shown in the attached image below, the price drop after testing the intersection of the 20-week exponential moving average (20-week EMA) and the resistance of the 50-week EMA can also be interpreted as another signal for the XRP bear market.

Meanwhile, according to Cointelegraph, some XRP analysts believe that Ripple Labs moved 100 million of the 800 million XRP held in escrow to an exchange wallet, leaving the remaining 700 million XRP worth about $550 million in escrow. However, it is predicted that at least 200 million of these will come to market to fund Ripple’s operations or to distribute to customers. However, Ripple’s move like this has not yet been reflected in its net supply.

Historically, XRP/USD has seen a sell-off due to an increase in XRP supply as its net supply in circulation has risen from $40.446 billion to more than $47 billion in two days, and then in a short period of time has fallen more than 50% in price to $0.60. Cointelegraph analyzed that it is significant.

Another sign that the price of XRP could drop by 25% to 30% is the Santiment indicator, which tracks social media and market trends.