The legal relationship between native and non-native encrypted works of art is both NFT, but the copyright attributes of the two are different.

The concept of NFT

Homogeneous tokens, namely FT (Fungible Token), such as Bitcoin (BTC), Ether (ETH), etc. Each one is the same and has the same attributes, so it can be substituted for each other and can be separated. Non-homogeneous tokens are unique and irreplaceable, with unique, scarce, and indivisible attributes. Therefore, it can be used to anchor items in the real world, that is, to mark the ownership of things with non-homogeneous characteristics, and become the on-chain equity mapping of assets. This thing can be a digital asset, such as an electronic game prop, or a digital collectible, or it can be a real asset, such as a house, a car, or a piece of art. NFT enables us to certify any valuable things and trace the ownership of the information, so as to realize the intersection of information and value.

The three underlying protocol standards of NFT at this stage:

ERC721 is an open standard (protocol) used to describe the establishment of non-homogeneous or unique tokens on Ethereum. It is the most commonly used token standard in the NFT field at this stage. The ERC-721 standard defines the minimum interface that a smart contract must implement, which includes token management, holding, and transaction functions.

The ERC1155 protocol standard has both the characteristics of NFT and FT, has the characteristics of semi-fungible token, and is a standard interface for managing multi-token type contracts. A single deployed contract can include any combination of fungible tokens, non-fungible tokens, or other configurations (such as semi-fungible tokens). Its core concept is that a smart contract can manage an unlimited number of tokens. Multiple token types can be transferred at one time, thereby saving transaction costs, improving the speed of transfer and reducing gas fees, which can meet the needs of more scenarios.

This standard is called Composable NFTs (Composable NFTs, abbreviated as CNFT). Its structural design is equivalent to a standardized extension, allowing any NFT to be bundled with other NFTs or FTs. When transferring CNFT, it means transferring the entire hierarchical structure and ownership relationship owned by CNFT. The simplified understanding is: ERC998 can contain multiple tokens in the form of ERC721 and ERC20. It is a product similar to a “suit”.

The three underlying protocol standards of NFT can be said to be a gradual upgrade and improvement process. From ERC721 to ERC1155, the transfer transaction of tokens is more convenient and lower in cost; and from ERC1155 to ERC998, token package transactions and multiple scenarios can be realized application. However, ERC721 is still the most commonly used token standard in NFT ecological scenarios.

The concept of digital art

Regarding the concept of digital art, Liao Xiangzhong’s “On Digital Art” defines it as such, “The so-called digital art can be interpreted as an art form: that is, the artist uses computers as the core to process various types of digital information. The equipment, through the creation platform built on the basis of digital information processing technology, describes and realizes one’s own creative ideas, and finally completes the artwork based on digital technology.”

The development history of digital art

The transition from traditional art to digital art occurred in the late 20th century, and the process of its development and change mainly evolved through three periods:

Video Art: Video media was first used by Korean-American Paik Nam June in the 1960s. At present, video recorders, televisions, VCDs, DVDs, projectors and other equipment have begun to be widely used by avant-garde artists at home and abroad. use.

Video Installation Art (Video Insallation Art): First of all, video installation art focuses on concepts, and then combines other aspects of performance art, body art, sound art, and Fluxus art. Multimedia installation art has grown up, and it reflects both in the art field. A variety of cultural relics and thoughts have challenged the development of media systems based on television and advertising.

From the perspective of art history, as the most closely integrated digital art with art and technology, a new art form or style genre has been created, and the emergence of blockchain-encrypted NFT technology has an impact on a specific digital art. In terms of documents (work), it essentially confirms the exclusive and uniqueness of the digital document (work) as a “virtual object or virtual asset” in the digital environment, and provides an effective technical solution for the confirmation of digital works. Program.

The development of encryption art

In early 2014, the Counterparty project was launched. It quickly implements the idea of ​​Colored Coin, by writing information in the blank space of Bitcoin transactions, to complete functions that cannot be achieved by ordinary Bitcoin software, such as allowing users to issue and trade tokens, writing digital protocols or smart contract programs, And executed on the Bitcoin blockchain. Inspired by this, the Moonga game development team implemented card on-chain in the game in 2015. These on-chain cards can be used in two games. One card corresponds to one token to distinguish.

In September 2016, Joe Looney and his friends launched Rare Pepe Wallet. People can submit, trade and give Pepe images to others here. All approved images will be uploaded to the chain with the help of Counterparty functions. Each type of Pepe has its own issuance quantity to ensure its scarcity. Rare Pepe Wallet allows virtual works to be combined with the blockchain to ensure their rarity and ownership, thereby ensuring their prices and the rights of authors, solving the pain of virtual works; at the same time, it has established a community that can freely create and trade works. Rare Pepe Wallet’s inclusive attitude provides a good creative atmosphere for the community. These two points of Rare Pepe Wallet were later recognized by the crypto art circle.

See also  Barron’s Recommends Hedging A Stock Portfolio, But What About Bitcoin?

In 2017, the CryptoPunks project was launched. It issued TOKEN through the transformation of the ERC20 contract and generated 10,000 completely different punk pixel style avatars. CryptoPunk’s efforts to realize NFT have had a profound impact on the crypto art circle. A few months later, the ERC721 token standard was voted and approved by the Ethereum community. The game Cryptokitties developed using this standard has exploded on the Internet. Each NFT of the encrypted cat corresponds to a cat and can be multiplied. generation.

In 2018, NFT platforms such as SuperRare, Known Origin, and OpenSea were established one after another. Starting in 2020, due to the impact of the new crown pneumonia epidemic on the real economy, physical galleries and offline auctions have been suspended one after another, and people have begun to choose online artworks. The DappRadar report shows that the NFT market transaction volume in 2020 will increase by 785% to 78 million US dollars.

In 2021, NFT will begin to explode. According to NonFungible data, in the first quarter of 2021, NFT transactions in the art sector reached US$860 million, accounting for 43% of the global NFT market.

According to the current consensus understanding of the community and users, encryption art at this stage mainly has the following characteristics:

A native encrypted artwork is a digital artwork created or recorded by the original author using digital technology, and the artwork is stored in IPFS or other distributed storage, and NFT is generated through smart contract on the chain. Digital technology tools record works such as: conceptual art, performance art, sound creation.

The main body in the legal sense of the original author: natural person, legal person or other organization.

Non-native encrypted works of art are works of art created by original authors using non-digital technology tools, which are originally acquired by the original author, inherited by the subject, authorized subject, or other subject with a legal source of rights, etc., through the digital technology conversion tool, the physical object The works are converted into digital files and stored in IPFS or other distributed storage, and NFTs are generated through smart contracts on the chain.

See also  Algorand: Can news of its launch of carbon offsetting protocol revive its price action

The main body in the legal sense of the original author: natural person, legal person or other organization.

The successor subject obtains ownership based on the existing rights of others. Such as sales contracts, gift contracts, reciprocal contracts, inheritance, etc. belong to succession acquisition.

Other subjects, if there is no original author or heir, or inherited and abandoned unowned works, they are managed by the government or charitable organizations, etc.

NFT issuer: the original author, the owner of the physical work, the inheritor, the authorized entity, or other organizations, etc.

The legal relationship between native encrypted artwork and non-native encrypted artwork is NFT (non-fungible Token), that is, non-fungible token. In 2019, the Hangzhou Internet Court’s first case of “Bitcoin” confirmed that Bitcoin is “Virtual assets” are equivalent to determining the property rights of the digital asset certificate “Token”. Therefore, the rights of the original encrypted artwork will continue to exist from the date of birth until the “virtual property rights” are lost, for example: NFT is destroyed or lost. Retrieving, instead of original encrypted works of art, works with copyright attributes will have the problem of the uniqueness and value of the NFT works cast by “virtual assets” after the 50-year copyright protection period expires, which needs to be improved in future technological innovations and laws. There can be a scientific solution.

The future of crypto art

Realize the traceability and confirmation of artwork

All the works of Encrypted Art NFT are based on the blockchain to build the data layer of the works. The authenticity can be determined, and the true information of each circulation can be found. The price is completely transparent, so it solves the traditional artwork. The issue of right and traceability. At the same time, the ownership of digital works and the scarcity of their digitization are solved, thereby solving the problem of the collection value of digital art.

Increase the tradable value of artworks

Encrypted artworks have traceability, and the transaction link is executed through smart contracts. Every time a work is recirculated, the artist can obtain the share of the creative rights agreed in the smart contract, which allows the artist to have the right to renew and realize the work. Permanent revenue share. Hedera traders should know this about HBAR’s performance 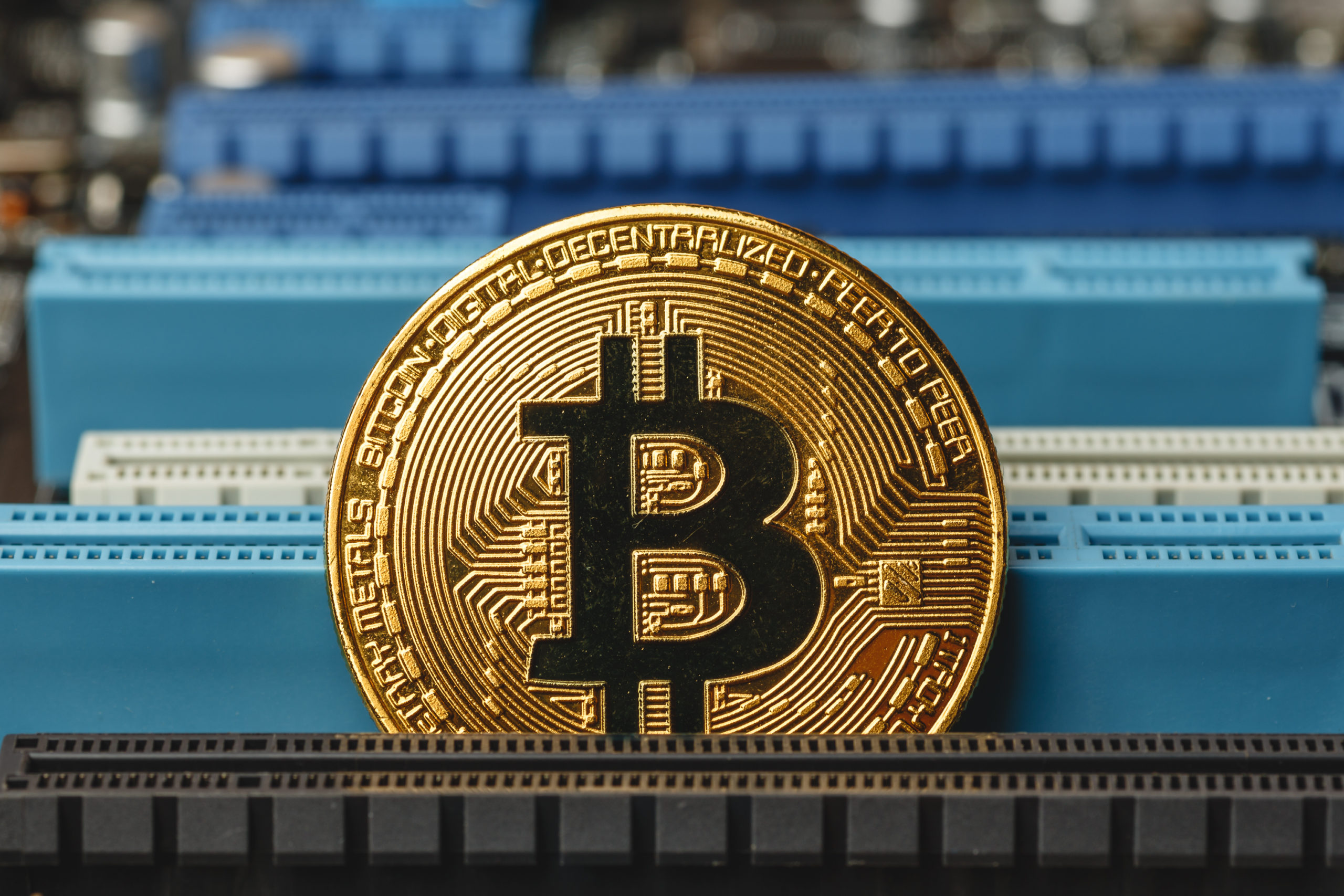 Novogratz acknowledges he was ‘wrong’ about crypto leverage risks