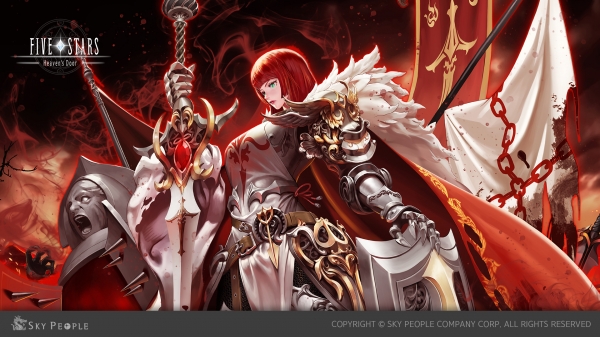 The Game Management Committee has refused to review the rating of ‘Five Stars for Klaytn’ on the grounds that it is concerned about speculation due to the NFT function included in the game. For the same reason, the rating of ‘Five Stars for Klaytn’, which was being serviced through autonomous ratings, was canceled, and as a result, Sky People was unable to service its games normally. Accordingly, SkyPeople filed a lawsuit against the Game Management Committee to apply for an injunction and to cancel the administrative disposition.

Non-fungible tokens (NFTs) are digital assets encrypted with blockchain technology. NFTized data becomes a single token, and ownership and exchange history are all stored in the block chain, and transparency is guaranteed. Overseas, NFTs are being used not only in games but also in various fields such as art. If SkyPeople wins the lawsuit, ‘Five Stars for Klaytn’ will be the first NFT game in Korea to enter the system.

SkyPeople CEO Park Kyung-jae said, “I think this victory is only the beginning.” He said, “I will do my best to fight the main issue so that blockchain games can be recognized in Korea.”

Cryptocurrency is a long-term game, and institutional interest in it has just begun