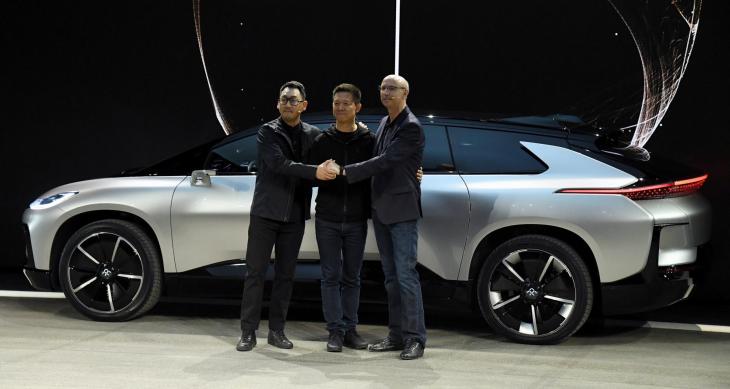 Editor’s note: This post originally appeared on TechNode, an editorial partner of TechCrunch based in China.

It may have lost its original founding team, but the wheels are still rolling for embattled electric vehicle (EV) maker Faraday Future. The company, famous for lavish promotions but little substance, has received yet another financial lifeline in the wake of a dispute with key investor Evergrande.

Faraday announced on Monday that it had received $225 million in bridge financing. That sum is apparently part of a larger $1.25 billion capital raise that the company believes it can close before the end of this year. This latest shot in the arm is led by U.S. asset management firm Birch Lake Associates and it is aimed at bringing Faraday’s flagship FF91 SUV to market.

Part of the financing seeks to reassure Faraday’s suppliers after the financial turmoil the company has seen since late last year, and to “obtain their commitments” to ensure that the FF91 enters mass production. To secure the financing, Faraday said it had its intellectual property and technology valued — they are apparently worth $1.25 billion, it claimed.

This new financing comes hot on the heels of a joint venture (JV) with once-popular Chinese gaming company The9, which will bring Faraday’s V9 EV — a vehicle based on the FF91 — to market in China. Both companies will own 50 percent of the JV — The9 provided $600 million in capital to secure its share.

Faraday said that it expects the JV to reach an annual production capacity of 300,000 vehicles and begin selling cars by 2020. But, as we’ve seen often with this company, strategies don’t always go as planned.

Faraday was previously said to be in talks with EVAIO Blockchain over a possible $900 million in funding last November. Notably, the company has made no mention of the deal which suggests it didn’t materialize.

Faraday said on Monday it has a “growing fleet” of pre-production vehicles to test features for its FF91. The company has yet to enter mass production five years after its launch, mainly as a result of a series of financial issues that have ended in layoffs, unpaid wages, furloughs, property selloffs and much more. Faraday had previously planned to begin production of the FF91 at the end of 2018… but we are still waiting.

The company’s financing troubles began in 2017 but a new crisis emerged last year after a fallout with Evergrande. The Chinese real estate giant backed out of a proposed $2 billion investment deal with Faraday at the end of 2018 following an extended dispute over terms. Faraday had requested an advance on a future payment from Evergrande, a plea the Chinese company refused. Faraday then sought arbitration in Hong Kong.

The companies eventually settled the dispute, with Evergrande taking control over Faraday’s operations in China.

Faraday has since sought alternative investment. The EV maker has had to sell its headquarters in Los Angeles for around $10 million to stay above water. It has also put its 900-acre, $40 million property in Las Vegas up for sale.

In the midst of Faraday’s financial issues, the company also lost a number of its senior executives as a result of the “devastating impact” its troubles were having on company employees and the “ripple effect” on its suppliers and the industry.

With editing from Jon Russell