This dispute that lasted for nearly two years has finally come to an end. For the mining industry and Bitmain, it is undoubtedly good news.

Original title: “The battle for Bitmain has ended. Wu Jihan withdraws for love and peace? 》
Written by: Huang Xuejiao

Everyone is happy. Last night, Wu Jihan, the co-founder of Bitcoin Mainland, announced a settlement with another Lianchuang Zhan Ke team in a unique way of encrypting letters.

At this point, the two-year infighting of the leading cryptocurrency miner has finally come to an end.

As spectators, we finally don’t have to squat in the melon field and can’t get out, and we don’t need to be surprised by their fighting methods.

As miners, they don’t have to worry about the company’s main body, the boss’s unknown, the wrong bank account, and the mining machine cannot be delivered on time. It’s great;

As Bitmain employees, they don’t need to be caught up in the confrontational instructions of the two bosses. They don’t have to worry about standing in teams, transfers and sudden layoffs. They only need to worry about doing business, get a high salary, and wait for the listing, which is great;

As the two bosses, they don’t need to sleep restlessly, eat and eat, and they don’t have to worry about being unable to get in after leaving the company. They lost their authority on a business trip. They got a license and flew to their hands. The authenticity of the official seal & legal person is confusing. It’s nice to pinch each other secretly, and wait, etc.;

As Bitmain investors, they don’t have to worry about exiting, but also worry about such a large post-investment project (such as participating in the shareholders’ meeting held by both parties and mediating). It’s great…

In short, all this is really good. I hope that this reconciliation is no longer a stopgap measure, but a radical cure for the disease, so that it can once again dominate the 100 billion crypto mining industry.

Wu Jihan withdrew peacefully, did he lose or earn?

Leaving is as dramatic as “The Return of the King”.

In October 2019, Wu Jihan returned with a “coup” to replace the Beijing Bitmain legal person and dismiss the Zhan Ke group.

Because of his deep experience in the crypto industry, he was a Chinese translator of the Bitcoin white paper and an early preacher. Later, he built a Bitcoin mining machine empire and supported the independence of the Bitcoin prince BCH. Therefore, Wu Jihan is in The company is well-known both inside and outside the company, and the “coup” was also hailed as “The Return of the King.”

However, the ensuing tricks of infighting and mutual infighting made the images of both parties more discounted.

READ  The head exchange announced the delisting of XRP, will this be the beginning?

This time, Wu Jihan’s choice was as unusual as ever.

On January 26, Wu Jihan posted an encrypted letter on Twitter. After Igor Igamberdiev decrypted it, people only knew the outcome of the battle.

In the letter, Wu Jihan announced that the differences between Zhan Ketuan and him had been resolved in a “friendly” and “constructive” manner. The two parties agreed that Zhan Ketuan purchased nearly half of the shares of Bitmain held by Wu Jihan and a group of founding shareholders at a price of 600 million US dollars. In return, he has resigned as CEO and chairman of Bitmain today.

In order to complete the share purchase, Zhan Ketuan obtained a US$400 million loan from Bitmain and promised to raise another US$200 million from outside the group.

The resignation letter also mentioned that as of January 25, Bitmain had US$327 million in legal tender, and the short-term liquidity gap was negative US$92 million. Bitmain’s financial status is sound and healthy, and the loans provided to Zhan Ke Tuan will not have any negative impact on the sustainability of Bitmain’s operations.

Through the agreement mentioned above, Wu Jihan said that Bitmain’s business model will be very intuitive and the road to IPO will be smoother. Under this agreement, in order to comply with the valuation adjustment, the number of stocks in the hands of investors in the B and B+ rounds has also tripled, and the possibility of their investment profits has become more clear.

Zhu Xiang is one of the founding members of Bitmain. He led the design of the hardware of the most important mining machines S1 and S19 for Bitmain. Liu Jianchun has been the Chief Financial Officer and CFO of Bitmain for the past 5 years. These two board members will consider the overall interests of Bitmain, not the interests of individual shareholders.

Finally, Wu Jihan also expressed his blessings to Zhan Ketuan, which reminds me of them crying at the 2019 annual meeting. The two knew each other and believed that many years later, they had gone through many tribulations, and when they met each other and laughed at each other, their feelings were hard for ordinary people to understand.

READ  Even With CBDCs, the State Won’t Forfeit Its Power Over Money

Zhan Ketuan and Wu Jihan at the annual meeting, the picture comes from the Internet

Wu Jihan wrote at the end of the letter: “After today’s agreement is reached, it will undoubtedly mean that Bitmain will turn a new page. As the co-founder of Bitmain, I enjoyed a 2815-day journey and got many customers. The selfless help and support of colleagues, friends and investors, and at the same time, send the most sincere blessings to the Zhan Ke group and its leading Bitmain.”

According to Wu said blockchain observations, Wu Jihan is suspected of using dual signatures at the beginning and end of the farewell letter to pay tribute to the Bitcoin double sha256 algorithm:

I think, just like Musk’s “Of Course I Still Love You” carved on the launch vehicle recovery boat, Wu Jihan is expressing his nostalgia and deep love for Bitcoin and mining, as well as the company that has struggled for many years. Love.

After all, did Wu Jihan make a profit or lose it?

According to the Bitmain prospectus (2018.09), Zhan Ketuan holds 36% of Bitmain’s shares and is the largest shareholder, followed by Wu Jihan with a shareholding ratio of 25.25%. In addition, according to Wu said on the blockchain, he stands in the Wu Jihan camp. There are also 4 shareholders including Ge Yuesheng, and Wu Jihan’s 5 shareholders accounted for 40.59% of the shares.

This time, Wu Jihan and some shareholders transferred half of the shares, and the proportion of the transferred shares is likely to be in the range of 15%-20%. According to the Hurun rankings, Bitmain is currently valued at between US$4-50 billion. Some people predict that if Zhan Ketuan wants to acquire Wu Jihan’s shares, he needs to prepare at least US$1 billion.

This time, Wu Jihan only took 600 million U.S. dollars and part of the business, but did not cash out a large amount of cash from the company and ignored the company. It is conceivable that this letting go contains a lot of meaning.

A brief review, such a case of commercial warfare is a must

“Today, have you been robbed of your official seal and business license?” It can be described as two major corporate scandals that have been hotly discussed in the business community in 2019.

The picture below shows the complete context of Wu Zhan’s struggle for control of the company as sorted out by Odaily Planet Daily (as of 2020.06, when Zhan Ketuan returns to the company).

After the return of Zhan Ketuan, he began to control the company’s Shenzhen production line. Wu Jihan held the company’s financial power and was deadlocked. The former did not have the money to place an order to produce mining machines, and the latter could not supply mining machines after receiving the payment.

After that, the two parties reached a settlement to resume production, allowing Bitmain’s production line to be maintained.

In the second half of the year, the other battlefield between the two was the Cayman judgment. Zhan Ketuan filed a lawsuit with the Cayman Court, accusing Wu Jihan of illegal change of the legal person procedure. So far, the Cayman Court has not formally opened a court session. After this settlement, both parties do not have to face the court.

What will the spin-off agreement bring to Bitmain and the mining industry?

For Bitmain, it is a good thing to go up to the company’s listing and investor withdrawal. If the delay continues, the company may face huge compensation for gambling, and more importantly, it will lose the confidence of customers and employees, and thus lose the market. This reconciliation was finally settled after half a year, and the implications can be imagined.

After this settlement, how will Zhan Ketuan manage the company?

I think that the problems that Wu Jihan once accused him of, where there are really problems, will be adjusted by the Zhan Ke Group after this battle to protect the hard-won fruits of victory.

What about Wu Jihan? Except for Bit Deer, it is very likely that as some insiders have revealed, Wu Jihan will get Bitmain’s overseas mines and BTC.COM mining pools. In addition, Matrixport, an independent encrypted financial platform, was spun off in early 2019.

For the mining industry, Bitmain’s reorganization and full production are undoubtedly good news.

It is understood that due to the skyrocketing currency prices, the current mainstream mining machine manufacturers’ orders for mining machines have been set for August to September. The tight supply of upstream chips is a common problem faced by manufacturers. However, after the company’s split problem is resolved, Bitmain is upstream The trust among chip manufacturers may also increase; the company can also concentrate on the research and development of the next and next generation of cutting-edge chips.

For competitors, the awakening of Bitmain, a lion delayed by infighting, may be a big challenge.

I hope that in a year, we can see that the mining machine overlord Bitmain that has risen at an alarming speed has really returned.

Tether has settled a four-year dispute with the New York Department of Justice. Is the result just a fine? 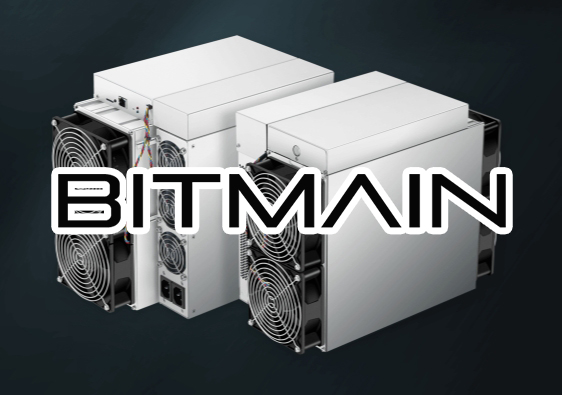 As the situation between the two sides escalates, the Bitcoin white paper dispute may eventually end in court