Blockcast.cc- News on Blockchain, DLT, Cryptocurrency
Home News The Smurfs will be pre-sold in the prime locations around The Sandbox...
Share
Facebook
Twitter
WhatsApp
Linkedin
Telegram

The blockchain sandbox game The Sandbox will open the last land pre-sale, and the prime location near the Smurfs Village will sell for 2100 SAND.

The blockchain sandbox game “The Sandbox” has been very active recently. From the token SAND on Binance LaunchPad, it soared nearly 11 times, to keeping up with the market trend and opening liquidity mining, to the announcement of the national IP “Smurf” It can be said that the cooperation between the two sides is the construction of material civilization and spiritual civilization, and has embarked on a unique development path. At the end of 2018, DappReview wrote an article about this project with grand vision. Let’s take a look at it. The pie they painted two years ago is not fragrant.

“Sandbox” has been a “big pie” for two years

“The Sandbox” has recently been pre-sold again, and the official claims that this is the last pre-sale. This pre-sale is based on the theme of Smurfs. I don’t know how these little guys will carry goods. When all the pre-sales are over, the game will be launched in beta beta. We are curious, what evolution and upgrades have been achieved in “The Sandbox”?

As a pixel game, the ecology of “The Sandbox” is based on its pixel editor VoxEdit. At present, this editor is very mature, players can freely import or create 3D pixel models, and match them with various exquisite actions, and finally convert them into NFT.

The game characters produced by VoxEdit have very smooth attack actions. From the side, you can see the power of this tool. “The Sandbox” has also been promoting its own editor, and has also launched a creative fund worth two million dollars. Players who love sandbox and pixel games have shown their fists and produced a large number of excellent game assets. Players can put these assets into the game market for cash, and we also enter the second ecology of “The Sandbox”-the trading market.

Finally, I will show you the progress of Sandbox’s third ecological gameplay. Currently, the Alpha client version of the game has been launched, and players can download and try it here. The game consists of three parts: 1. The game editor, where you can edit the game scenes and rules. 2. Game template, you can use the preset template here, Xiaobai can also make exquisite scenes. 3. In the exhibition hall, all the mini games made by other players will be displayed here, including some well-completed mini games. Such as Teaser and Warrior Training Center, let’s take a look at the demo of the latter.

It can be seen that the client of “The Sandbox” still has a good performance in game production. We look forward to more players in the future to build their own games.

The Smurfs make a home on The Sandbox

We know that encrypted art and NFT assets have their own IP attributes, but most original IPs are difficult to get out of the circle. Therefore, in order to gain more attention, some project parties will choose to cooperate with well-known traditional IP. For example, “My Crypto Heroes” cooperated with Japanese cartoonist Osamu Tezuka, adding well-known comic characters such as Astro Boy to the game characters; DC cartoonist Jose Delbo and encryption artist Trevor Jones launched a collaboration on MakersPlace with ” “Batman” as the theme of the NFT collection.

READ  Bitcoin breaks 20,000, will the US dollar be expelled?

And just recently, “The Sandbox” announced the establishment of a cooperative relationship with IMPS, the copyright owner of the Belgian national treasure IP “The Smurfs”. A 3D pixel version of the Smurf Village will be re-engraved on “The Sandbox”. Players can change into the cute avatars of the Smurfs and use classic characters such as Dad Smurf, Smurfs, Cong Cong, Aziz Cat, etc. Of course, these roles are all NFT assets.

“Just like when we collected Smurf toys and books when we were young, players can create their own Smurf adventures and collect and exchange their favorite characters NFT.” said “The Sandbox” COO and co-founder Sebastien Borget, “Like “The Smurfs” This combination of global popular IP that spans several generations and user original content will further promote the mainstream application of NFT and blockchain technology.”

At 9pm on November 12th, “The Sandbox” will open for the last time and also the largest LAND pre-sale-LAND pre-sale 4.3. LAND is the real estate in “The Sandbox” and is the smallest unit that makes up the game map. Its total number is only 166,464, which will never increase or decrease. This pre-sale will have 19,200 LAND sold, accounting for 11.5% of the total.

The protagonist of this pre-sale is of course the cute Smurfs. If you want to enter the Smurf world of “The Sandbox”, you need to buy high-quality LAND near the Smurf Village. They are the yellow blocks surrounding the Smurf Logo. The quantity of high-quality LAND land is about 4,800, and the price is about 2100 SAND. It is said that it is still discounted on Double 11 and 10% off.

In addition, premium LAND also comes with 4 premium assets, which are ordinary, rare, epic, and legendary. Each legendary asset has unique attributes and appearance, and there are only 200 copies.

Liquidity mining must also be down to earth

We just introduced that the official currency of “The Sandbox”, SAND, is required to purchase LAND, and some people kindly call it “Sand Coin”. Many people know it because of a Binance IEO three months ago. After several days of warm-up, SAND started the runaway mode as soon as it went online. The highest price increased by nearly 11 times from the issue price, an increase of 2002.48%.

READ  Everything you need to know about Ethereum's change in trend

With the passage of time, the price of SAND is more friendly than when IEO was launched. Players who want to buy LAND can buy it on the exchange first, but don’t have to buy too much, because you can also participate in the liquidity mining of “The Sandbox” to earn SAND.

After the launch of Binance Launchpad, “The Sandbox” also created a SAND/ETH liquidity pool on Uniswap. From October 27th, liquidity providers in this pool will be eligible to share 1.5 million SAND rewards each month . The final reward is distributed proportionally, which depends on the proportion of the player pledge amount relative to the total liquidity.

At present, the liquidity mining of “The Sandbox” has entered the second stage, and the game officially includes the number of LAND held by the player into the reward distribution rules. As shown in the figure below, as the number of LAND owned by a player increases, its revenue will increase proportionally. Therefore, whether it is life or games, it is inseparable from the “land” under your feet.

It is not difficult to find that by introducing the LAND incentive plan, “The Sandbox” closely links SAND liquidity with the real estate in the game. Players can also explore the various components of the “The Sandbox” game universe. The introduction of a big IP such as the Smurfs is bound to stimulate the second creation of gamers, and at the same time bring more fresh blood to “The Sandbox” and even blockchain games. 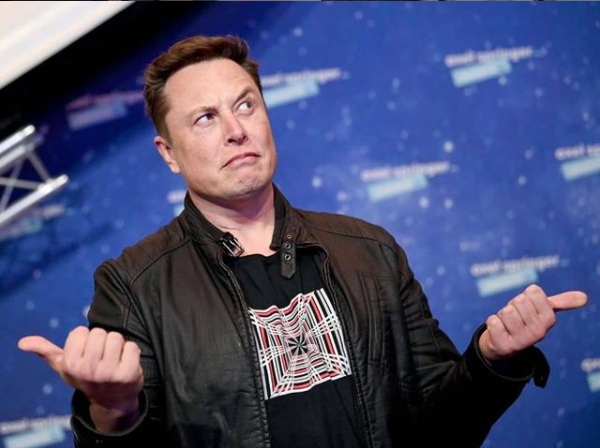